Hawks are strong and efficient predators, most of the time.

They use their sharp talons to strike and kill their prey, but one hawk is left confused when his attack methods prove ineffective on a ‘duck’.

Hawks are supposed to have the best eyesight in the animal kingdom, eight times better than humans, but looks can be deceiving. 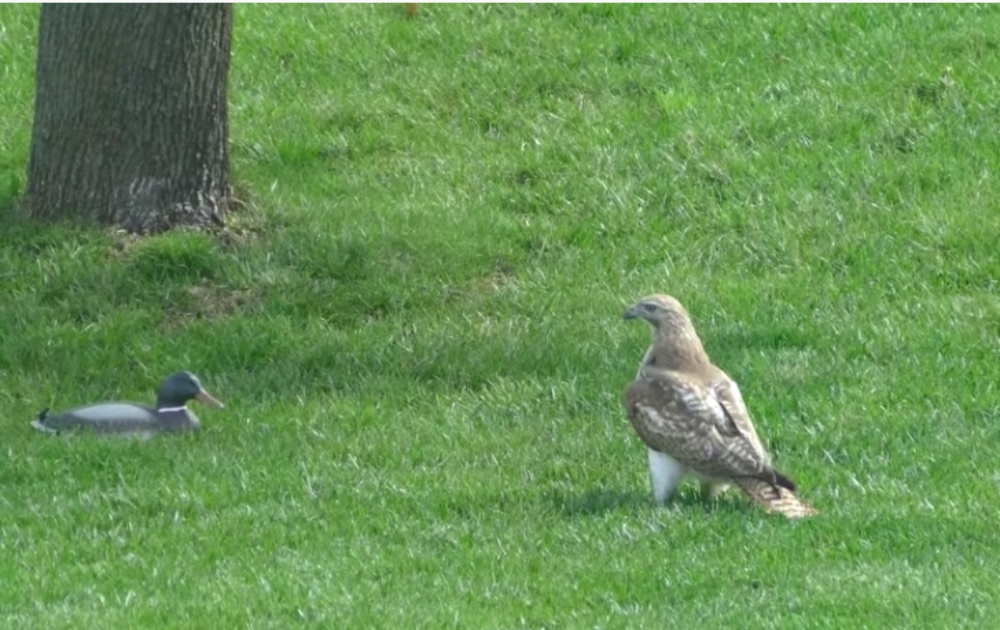 A video taken in 2017, captured a hawk attacking a duck decoy and its baffled reaction has gone viral.

In the video, the hawk swoops in and proceeds over to the duck decoy that is resting in the grass next to a tree. The predator bird swipes at the duck with its talons but is surprised when the duck doesn’t react. 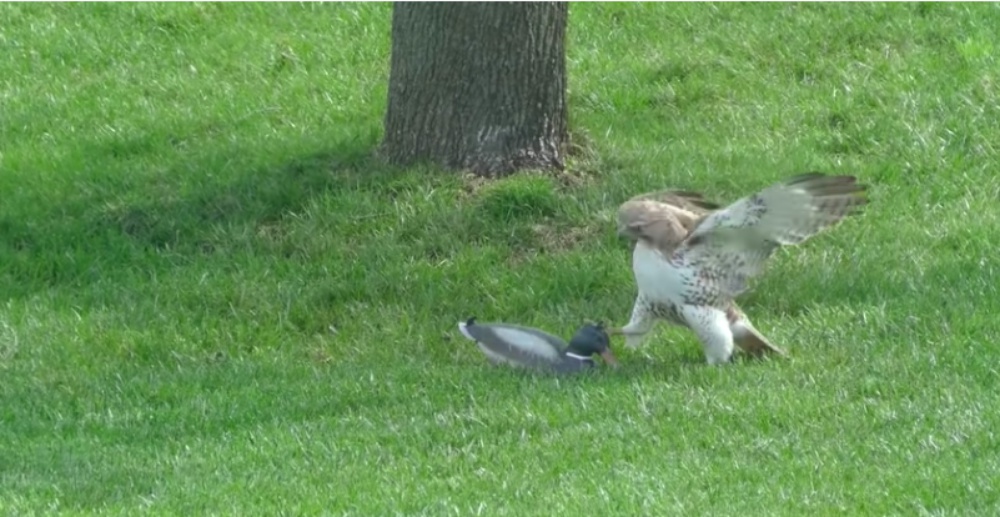 The hawk looks around in disbelief and then attacks the duck with its talons again. But that attempt also fails. 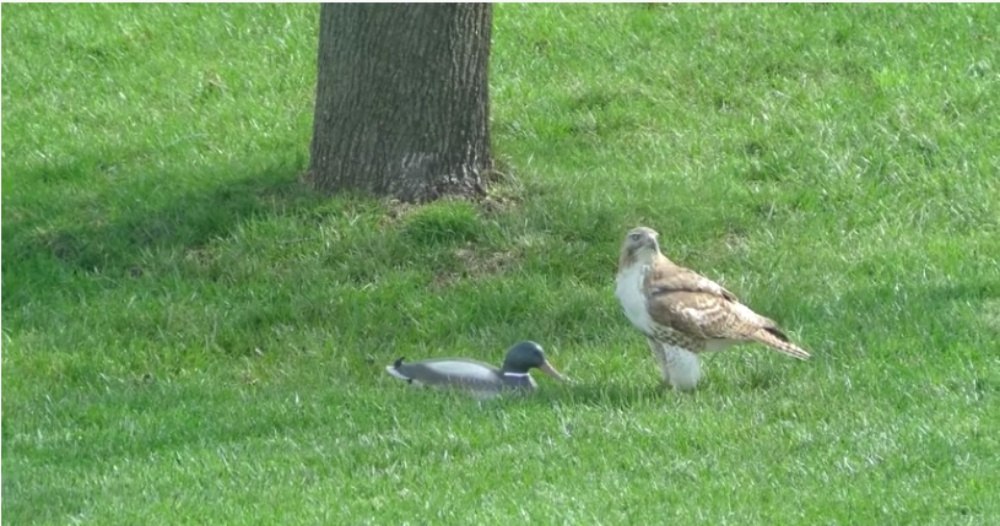 The resilient bird refuses to give up and repeatedly attacks the duck’s head, but to no avail. 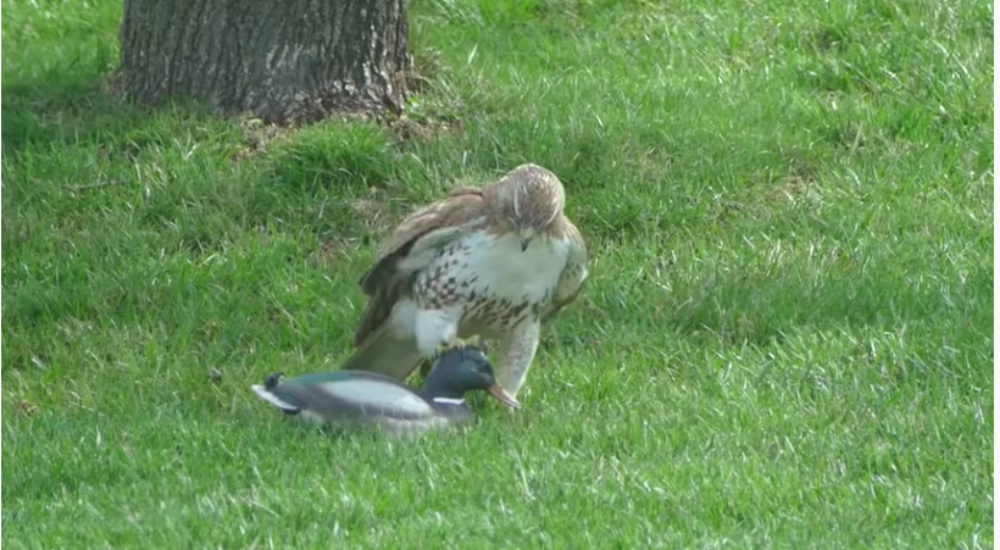 After two minutes of attempting to kill the duck decoy, the confused hawk admits defeat and flies off.

Over 2 million people have watched the hilarious moment and many left comments on what they believe the hawk was thinking. 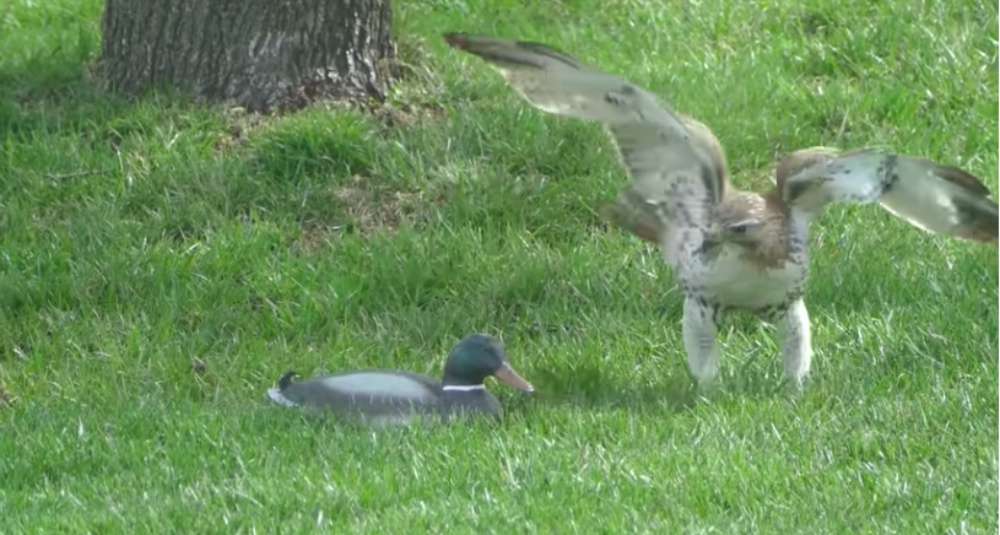 “Lord this is so embarrasing, I hope nobody is watching me right now.” – Hawk

Another said, “I love how the hawk looks around like ‘I’m not the only one seeing this, right??????'”

Apparently, the hawk wasn’t the only one to think the duck was real. One viewer wrote, “It took me way too long to realize that the duck was fake…..”

This person said it perfectly, “Eventually the hawk realized he was the victim of fowl play.”