The musician was preparing for practice when a white-tailed deer approached slowly from behind. With a smile and a song, she continued to play along.

The harpist performed “The Sounds of Silence” with a uniquely designed “portable” model. 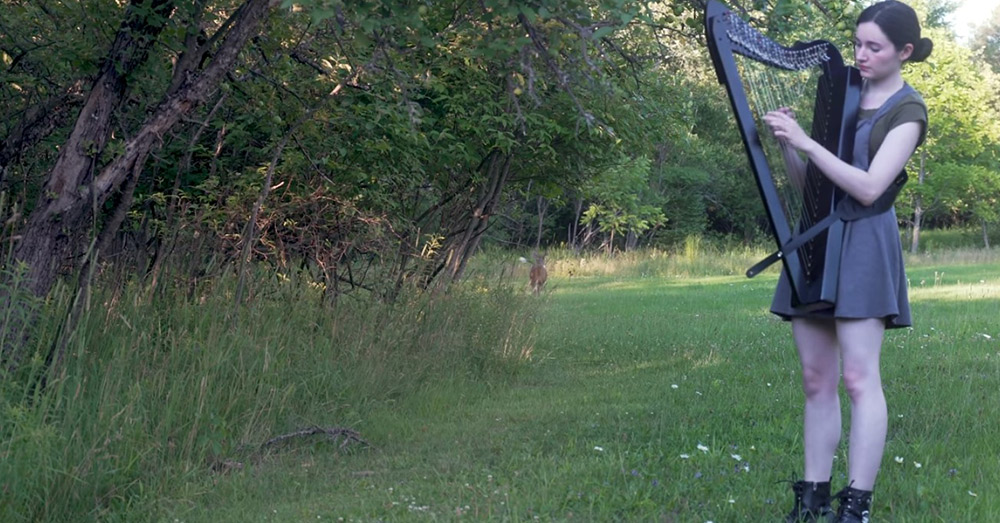 Source: YouTube/
Naomi SV
The deer appears in the background of the meadow.

“TIL harps can have slings so you can harp anywhere,” commented Redditor u/nerdwaffles. 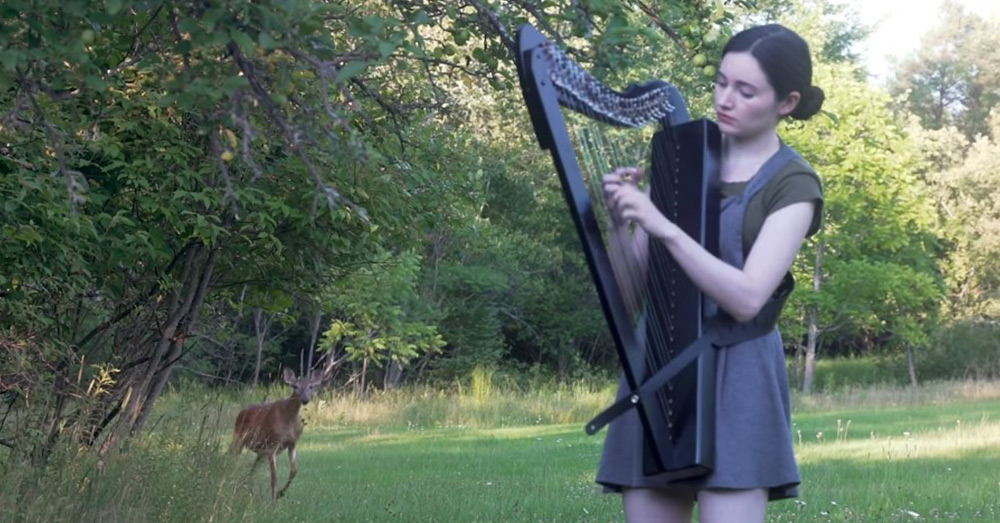 Source: YouTube/
Naomi SV
The deer draws closer as the harpist plays “The Sounds of Silence.” 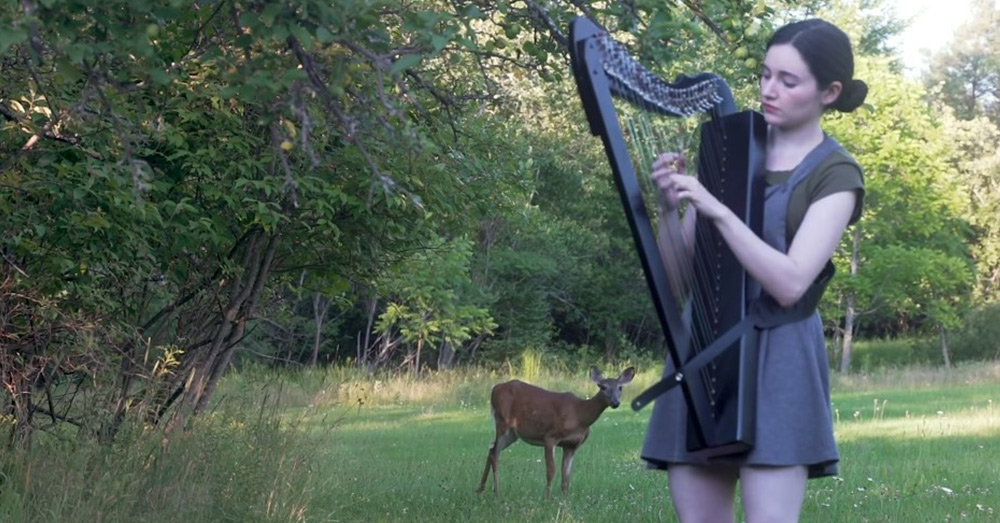 Source: YouTube/
Naomi SV
The deer comes very close to the harpist before going back into the woods.

The deer is mesmerized by the music and draws closer as the song progresses. But before the song is up, the deer dashes off back into the woods.

The harpist jumps just as her woodland audience bounds into the thicket.

“There’s something so beautiful about them being drawn together by the music only to both be startled by each other.,” wrote u/greenline_chi. 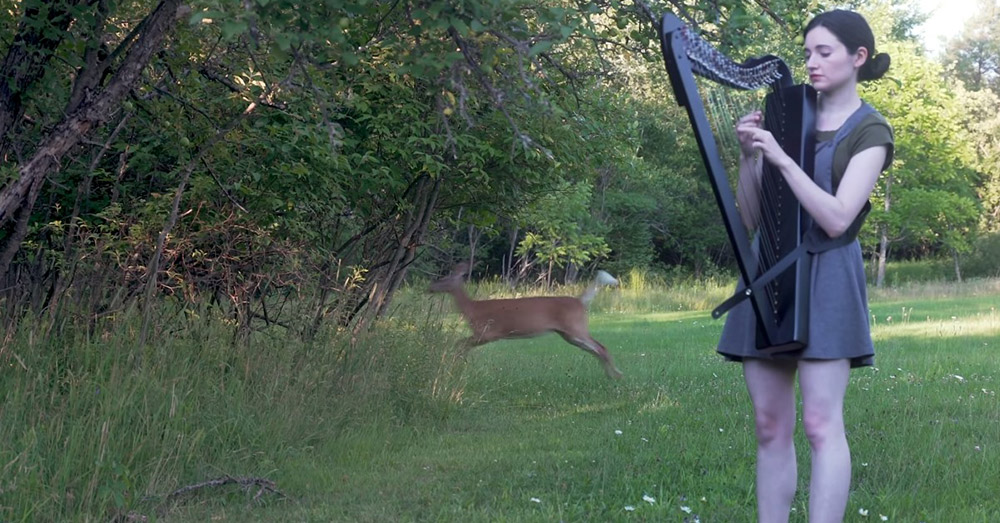 Source: YouTube/
Naomi SV
The deer jumps back into the woods.

“I had seen it in the distance, but the sound of it rushing off made me think it was charging at me!” the musician wrote. 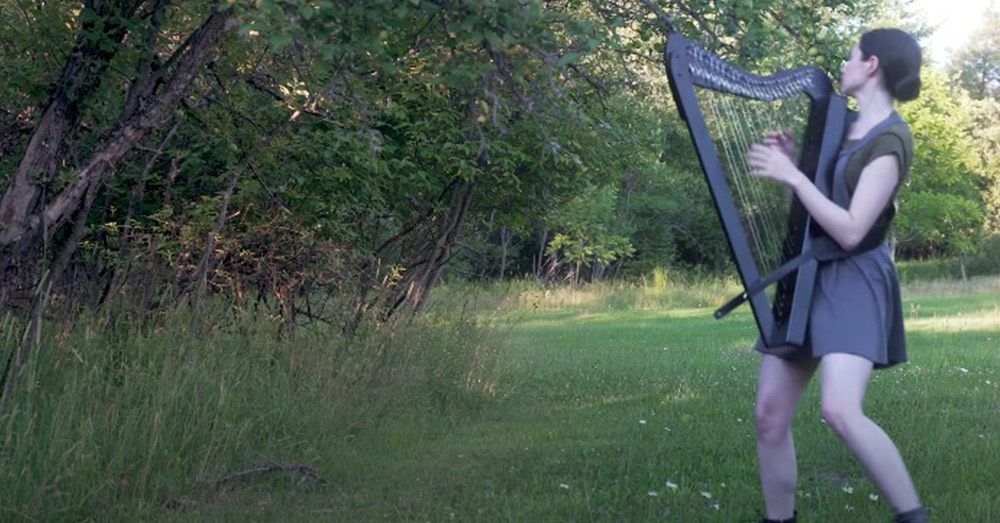 Source: YouTube/
Naomi SV
The harpist was startled by the deer as it jumped into the tall grass.

Most commentors in the thread agreed, u/Noomie90’s harp skills are second to none, but what of the deer? What will this ungulate remember from this event?

“For the rest of its life, that deer is going to remember that there are beautiful nymphs in the woods who play haunting music, but it will never see another one,” wrote u/chickenstalker99. “It will listen expectantly, and wonder where the harp girl has gone. In dreams, it will see her again, but awake to find her gone.”

Redditor u/deucemagnet offered an alternative take on the video.

“Rather than engaging in an arduous chase, the wild Noomie90 entices her prey closer with the melodious sound of Simon and Garfunkel played on a harp,” u/deucemagnet wrote, attributing the narration, “probably” to David Attenborough. “Here, she catches the attention of a whitetail doe. The doe is wary, but mesmerized. She cannot help but be drawn ever closer, where she will be clubbed senseless by the heavy instrument. Suddenly, the doe’s instincts overcome the fugue state induced by the siren song. She flees, living to see another day.”

Listen to the sweet sounds of u/Noomie90’s harp in the video below.