A park is a perfect place for a dog to play with his family, but not to live as a stray with no food or shelter.

A matted white dog was living off scraps that people would feed him in a park for over a year. Finally, someone reached out to Hope For Paws and asked them to rescue the sweet boy.

Eldad and Loreta drove three hours to central California to rescue the stray dog. When they arrived at the park, they instantly spotted the little dog. 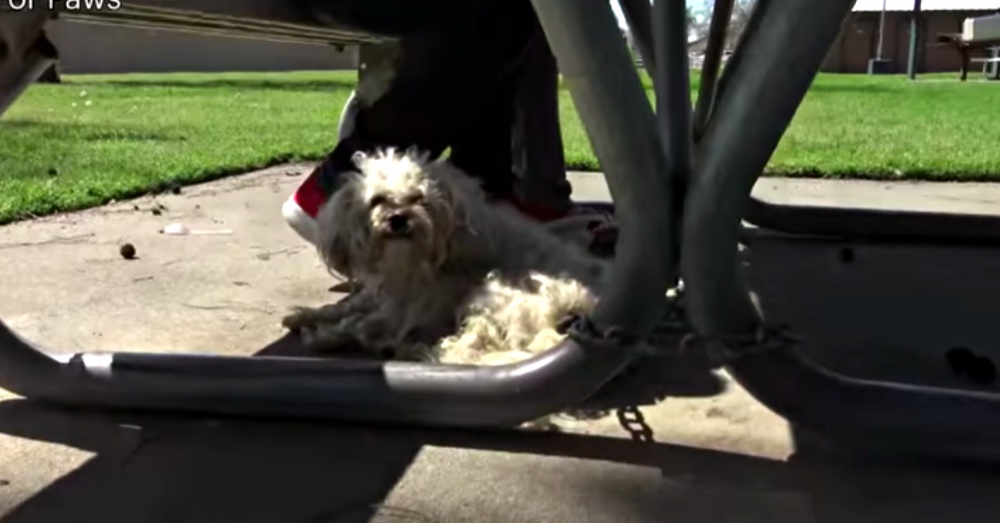 The matted boy was resting under a picnic table where two people were eating. While he was looking for some scrapes, the rescuers approached and captured him. Loreta was able to pick up the friendly boy and carry him back to their car.

Since he was such a happy boy, they decided to name him “Happy”. Even though he had spent over a year alone in the park, according to the person that reported the dog, he did not let that dampen his spirit. 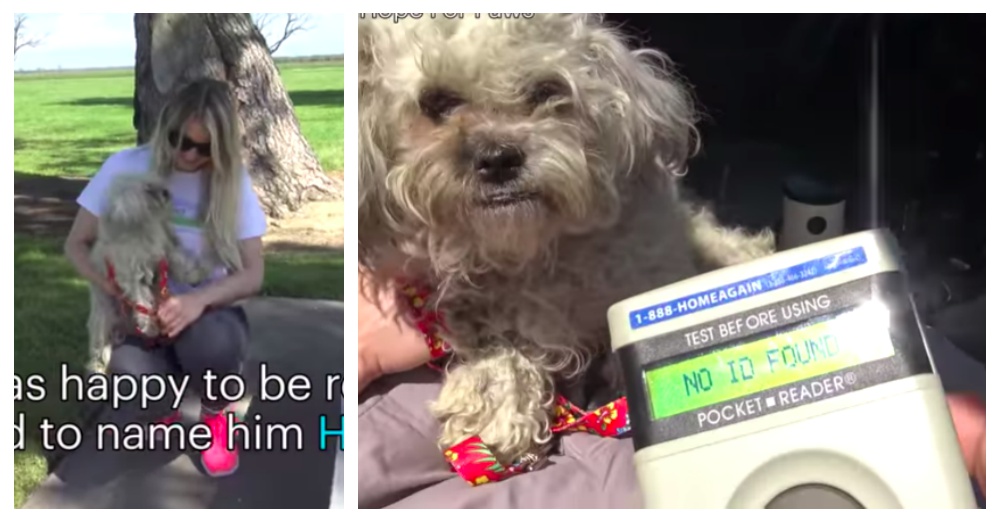 After searching for a microchip and not finding one, they prepared for the trip home.

He sat on Loreta’s lap wagging his tail on the way home. Once they arrived back in Los Angeles, Happy was given a bath and a haircut to remove all the matted hair. Happy was covered in fleas and ticks and was relieved by the warm bath. 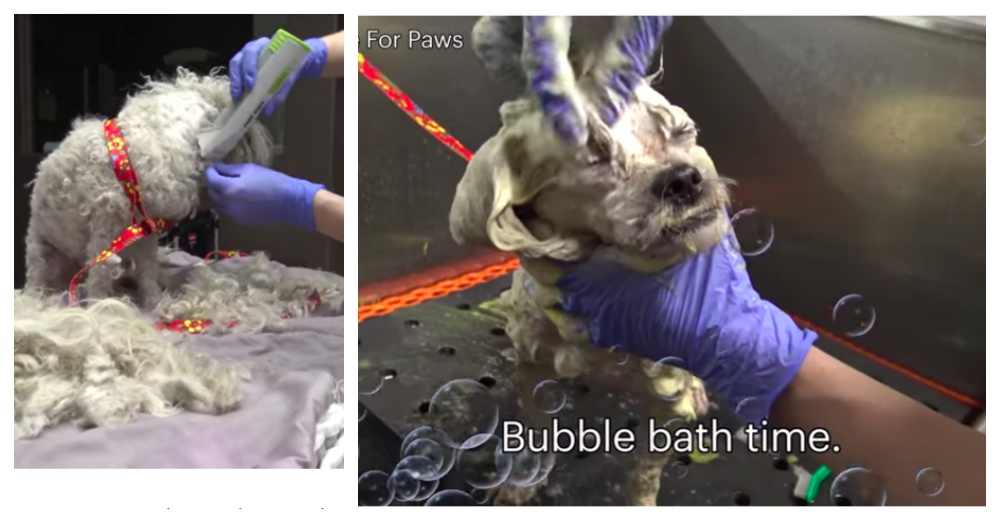 Happy was treated and is currently being fostered by Smooch Pooch Dog Rescue. He is the happiest dog and just wants to find a family to love. The rescue believes he is a 2-year-old Miniature Poodle/Shih Tzu Mix. He weighs 11 pounds and has the cutest underbite. 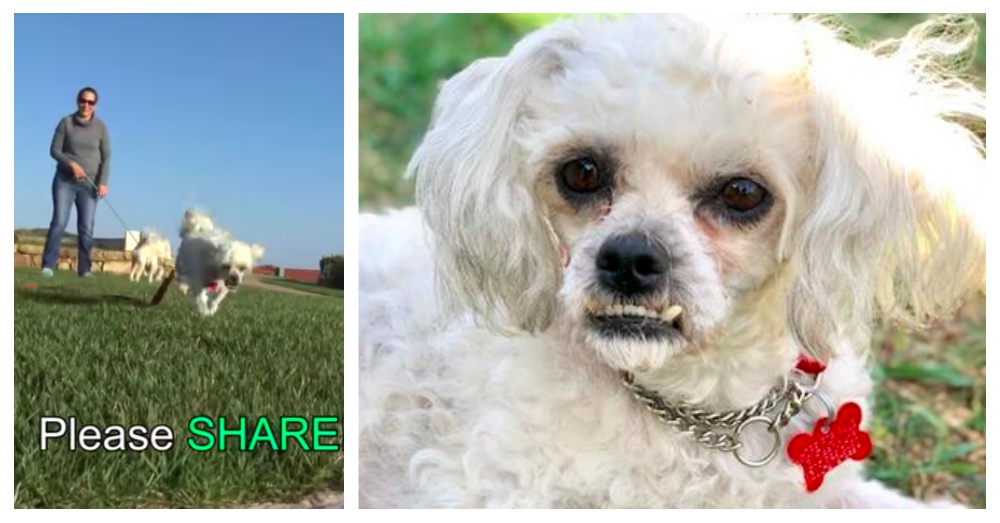 While he waits for his forever home he is playing with another adoptable dog named Maize. The two little dogs love to run and roll in the grass.

Watch the team rescue Happy in the video below.