Perhaps the only thing cuter than a French bulldog puppy is a baby Frenchie who can’t take a compliment. The adorable pup in this video has the most hilariously cute reaction when his dad tells him how handsome he is. There’s definitely a reason this video has taken the internet by storm.

“This adorable little puppy looks even more handsome than normal in his bandana, and his owner likes to remind him of this,” says the video’s description. “However, the puppy hasn’t quite learned how to graciously accept a compliment and barks every time he hears it.” 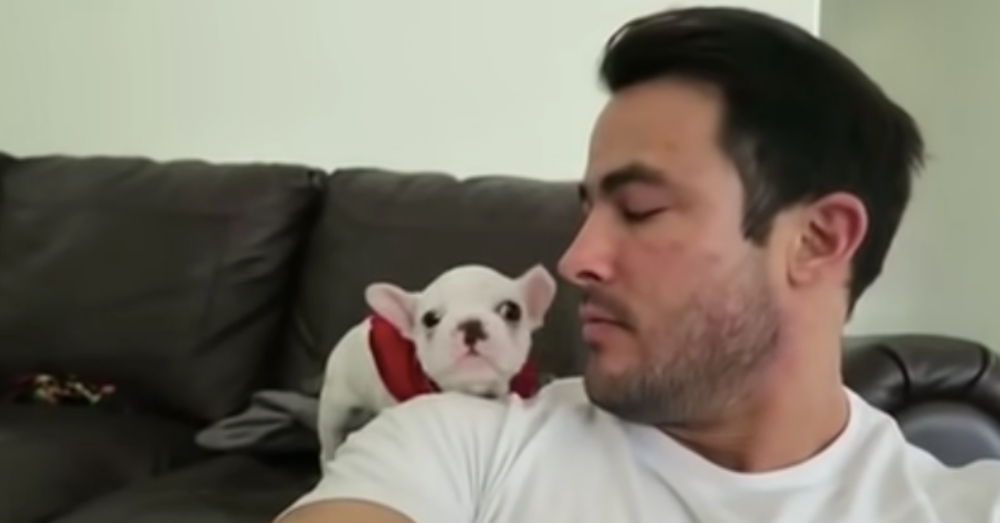 The video opens with dog dad Sean Sarantos asking his Frenchie, “Hey, how do you like your bandana?” The pup immediately barks in defiance. 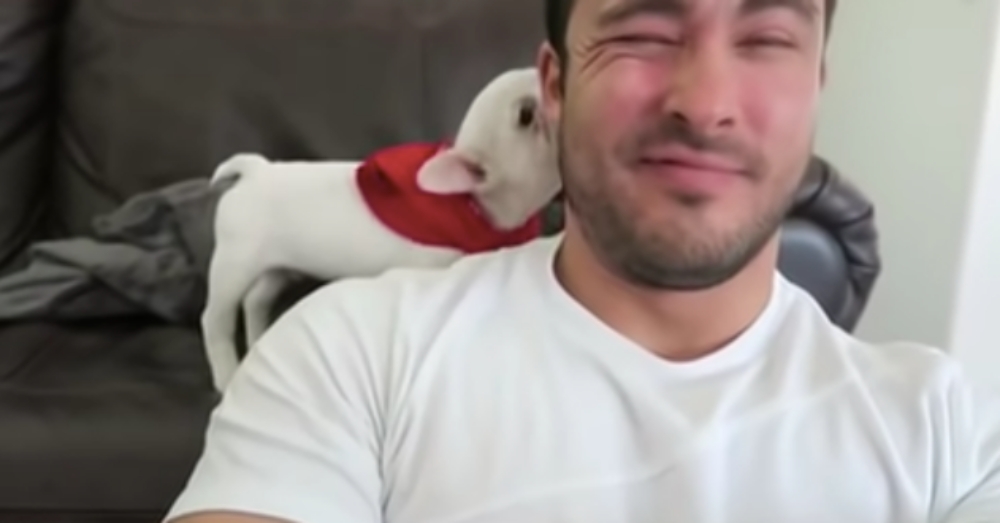 As Sean continues to tell his dog how handsome he looks, the pup keeps barking and starts to bite at Sean’s ear, then makes a bunch of little snorty noises of disapproval. But it’s simply no use, because anyone watching can clearly see that there’s never been anything more adorable than this little dog in his red bandana.

Sean, of course, being the good dog dad he is, is unrelenting in his praise of the little Frenchie’s good looks. We should all learn to compliment our pets like this, even if it’s hard for them to accept. 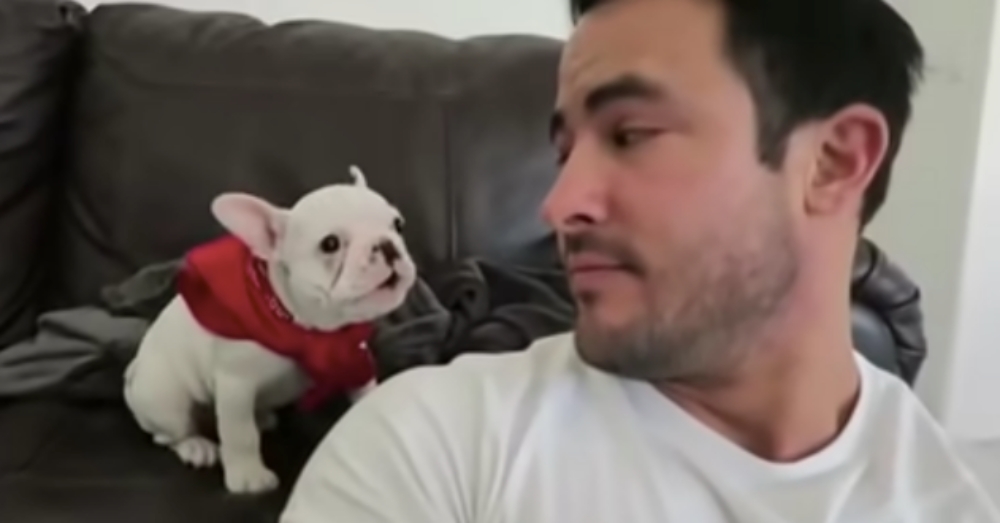 Just reading through a few of the several hundred comments on this video (which has nearly three million views at this point) is enough to drive home the point that people absolutely love a handsome baby Frenchie who can’t accept a compliment.

“such a cute puppy! i love his personality :)) my bf’s puppy makes the same air sound with his nose when he doesn’t like something we tell him :))” says one commenter, who goes by the handle TheLittleZiggy. 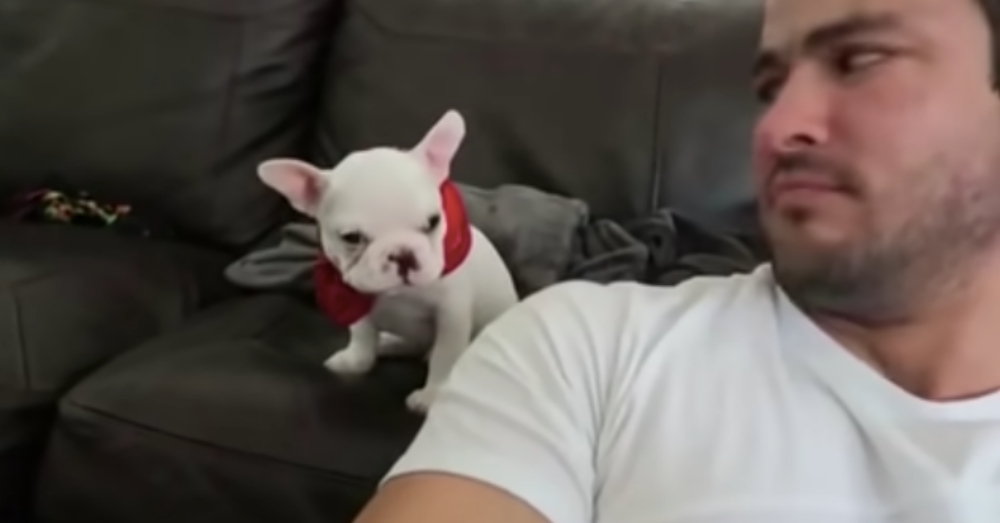 “How dare you call him cute, he is a fearsome warrior,” says another commenter, Magatism.

Check out the video below to see for yourself just how handsome and sweet this good boi is. We guarantee you won’t be able to get enough of this little doggo!