Afraid of humans, searching for food and living next to a noisy and busy freeway was the life of a homeless dog, until someone called for help.

Hope For Paws received an urgent call about a skinny dog that appeared to be living next to the freeway in California. Eldad set out to see if he could rescue the dog, but it would prove to be a bit of a challenge. 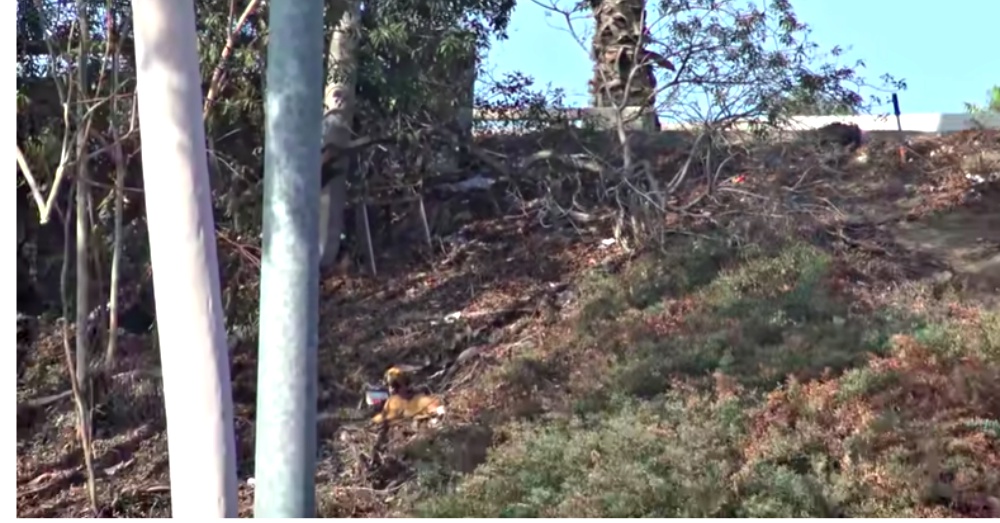 The first attempt to capture the dog did not go as planned. Eldad arrived alone and attempted to catch the dog with tasty food, but she ran away and did not return for two days. 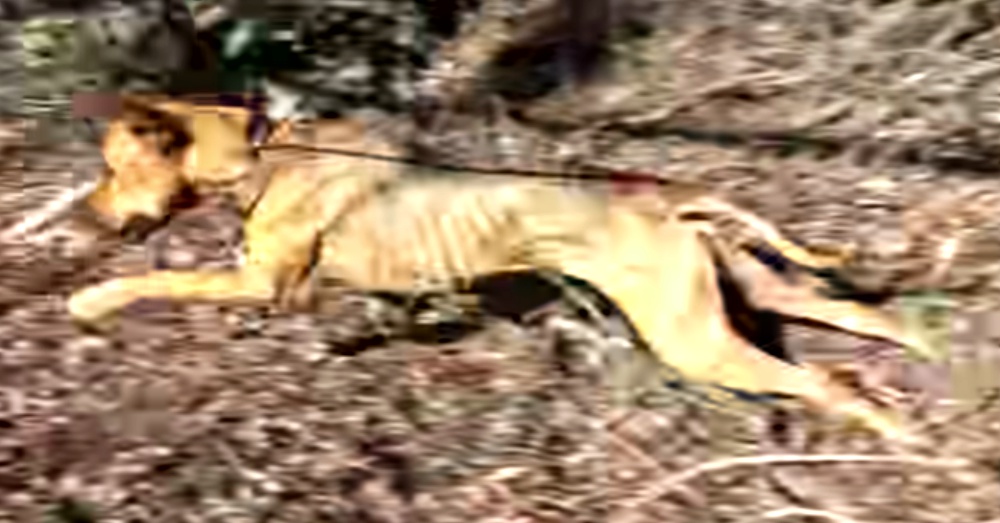 However, he was prepared the next time with backup. Loreta joined him and together they were able to finally catch the frightened dog. Loreta approached from the top of the hill with food in hand, while Eldad stayed at the bottom in the area she ran the previous time. The scared dog ran away again but this time Eldad had a snare and caught her. She was scared and barking but finally settled down after being offered food. 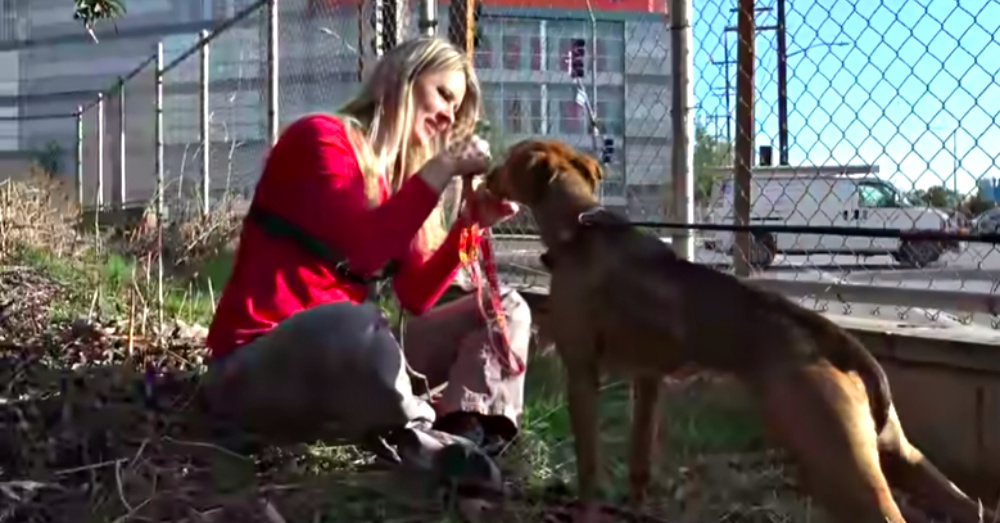 She was skin and bones and in desperate need of food. Once she realized that there were more tasty treats in the car, she jumped right in. To their surprise, she had a microchip. 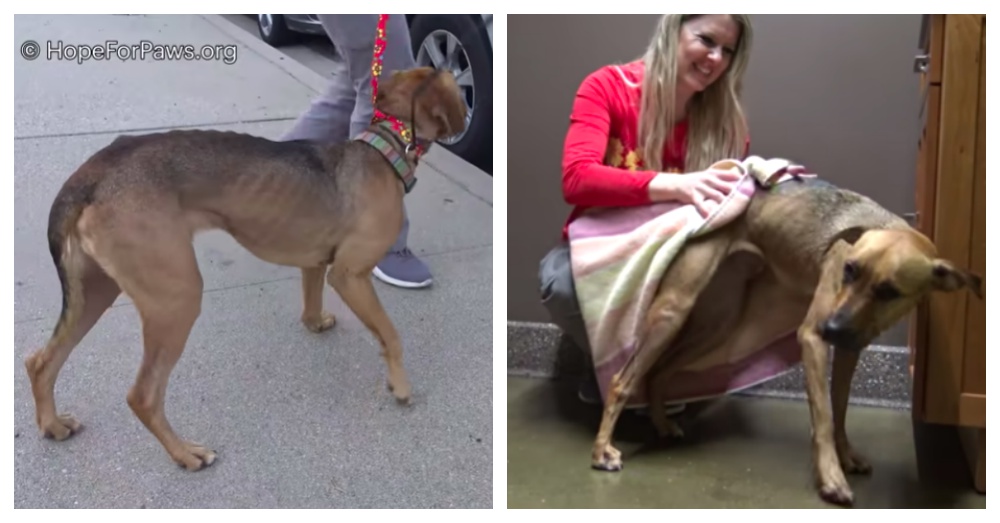 The rescue team hoped that they would be able to reunite the dog with her owner, but it was not that simple. After arriving at the animal hospital they contacted the registered owner who said that she originally rescued the dog to save her from being put down at a shelter. However, she had given her to another person and was no longer able to care for her. The woman signed over the dog to Hope For Paws, so they could find her a loving home. 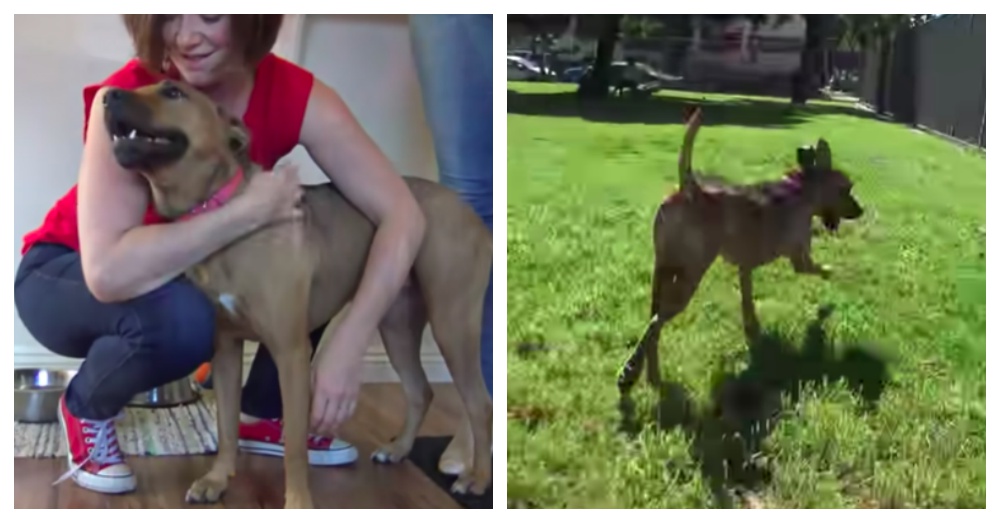 They named her Hanako, in honor of Loreta’s dog that had just passed away. L.A. Animal Rescue offered to foster her until the perfect family came along. The rescue helped her regain weight and her trust in humans. Two months later she found her forever home. The couple has renamed her Luna and absolutely adore her.

Thank you to everyone involved in saving this sweet soul. Watch the incredible rescue in the video below.