A hamster named Princess Phoebe became an internet star during the Platinum Jubilee celebration. Princess Phoebe was dressed in a royal robe and a tiny crown in the video. She was cutely munching on some treats as she was sitting in the palm of her owner, Jaieden Ace Shen. The lovely hamster was treated like a queen for the day, and she undoubtedly deserves to be pampered. 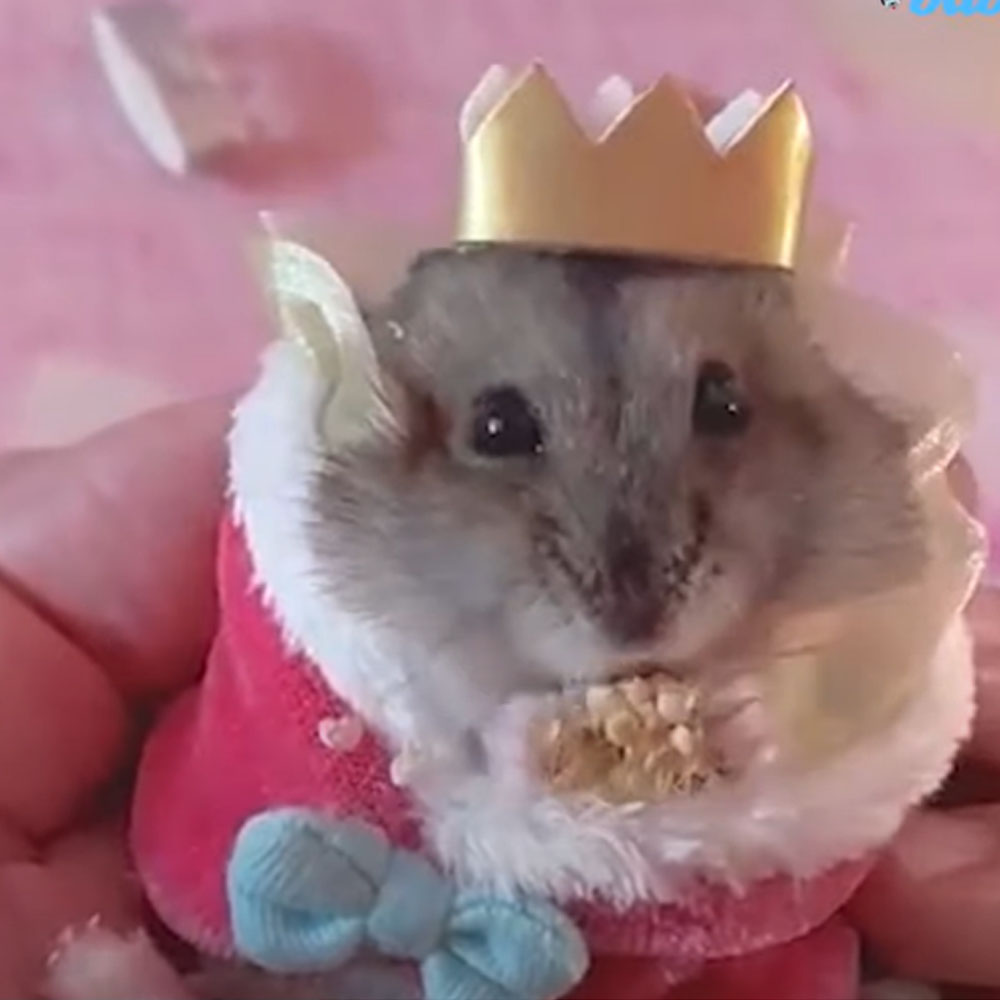 The short clip was featured in various media outlets on the internet, like Good Morning America — Princess Phoebe was able to charm a lot of people in just a matter of seconds. The royal background music even made the video much more endearing. It’s as if Princess Phoebe was having her own coronation and regal moment. Jaieden Shen uploaded the video on a Youtube channel called “Hamstars.” Princess Phoebe is not the only internet hamster star on the channel, and her siblings have their own content as well.

All of Jaieden’s hamsters are pampered, and it is a treat to people who love to watch animal content. His hamsters have their own playroom where he takes all the videos. The dwarf hamsters are equally all-star material. Hamstars has already reached 73,960,792 views since Jaieden joined in 2012. People can also watch hamster videos from their Facebook page with the same name. All of the hamsters are pampered well and showered with love by Jaieden.

Princess Phoebe is a lovely addition to the animals who brighten the day of internet users. It would be a delight to be spoiled like Princess Phoebe one day. She is living the dream with a crown on her head — truly regal. You can follow Jaiden’s Facebook page or subscribe to the Hamstar channel for more hamster content. But before anything else, here is her royal highness Princess Phoebe being adorable in the video below.