The phrase “swim with the fishes” is not usually a positive one, but it is for one marine biologist.

Simon Pierce is a marine biologist and underwater photographer from New Zealand. He spends a lot of his time under the sea with the magnificent creatures. Over the years he has captured breathtaking photos of aquatic life, but even he was stunned when he came upon hundreds of scalloped hammerhead sharks.

“Seeing the hammerheads was one of the most amazing days of my life,” Pierce stated. 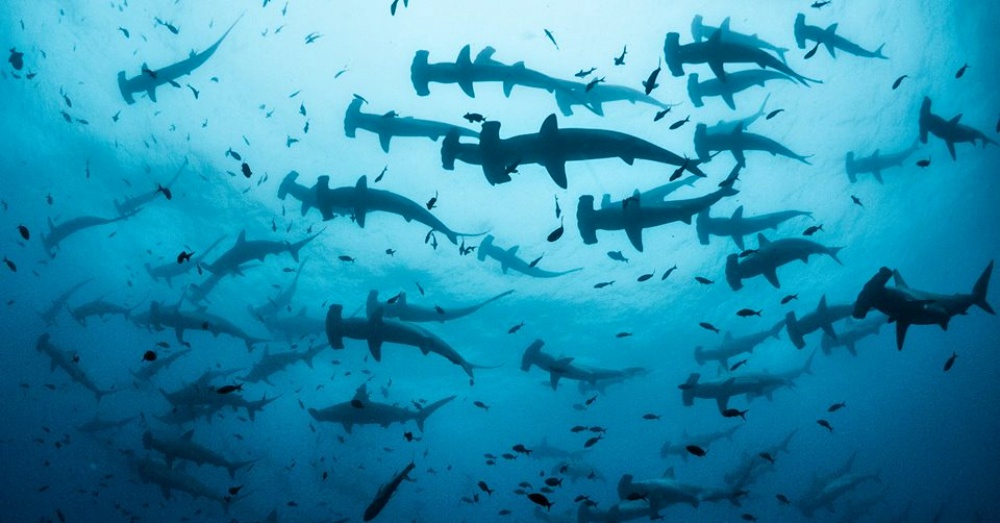 The sharks were swimming off the coast of the Galapagos Islands among other small fish over the head of Pierce. An underwater camera captured the magical moment and Pierce shared the stunning footage with the world. 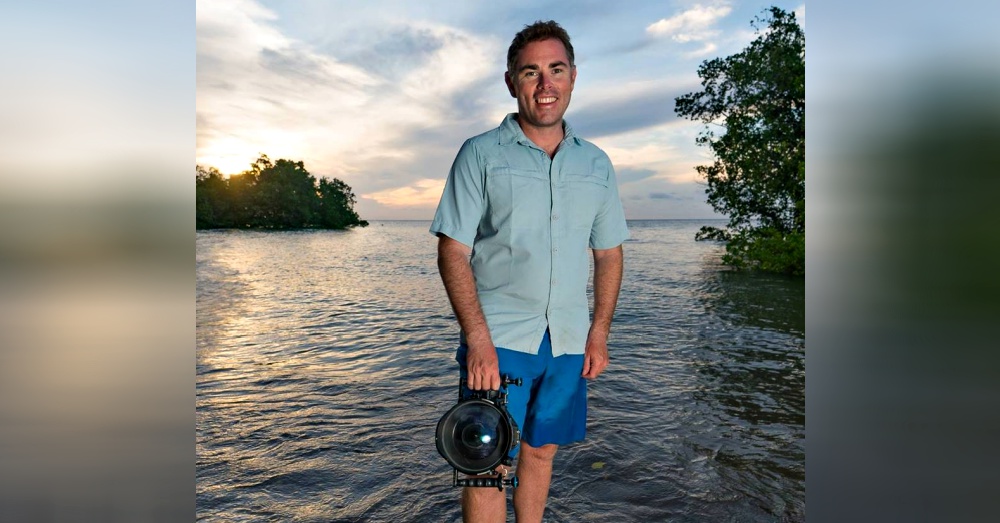 He posted the footage and breathtaking photos to Facebook with the caption, “What happens when you set up a remote camera at the world’s best dive site? … this :). Previously unreleased footage of schooling hammerhead sharks at Darwin Island, Galapagos.”

Hammerhead sharks can range from 13 to 20 feet in length and weigh between 500 and 1000 pounds. Their unique shaped heads, that give them their name, are used to trap prey. Their wide set eyes allow them to see above and below their bodies and spot prey easier. 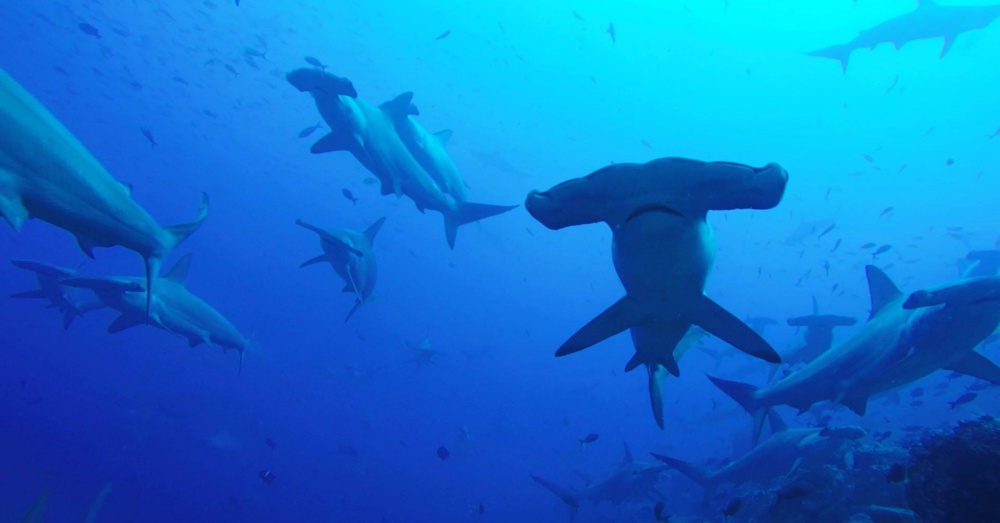 They call the waters around the Galapagos Islands home. January is the month when the sharks are closest to shore in large numbers. It is one of the few remaining locations in the world where large schools of hammerhead sharks can be seen. 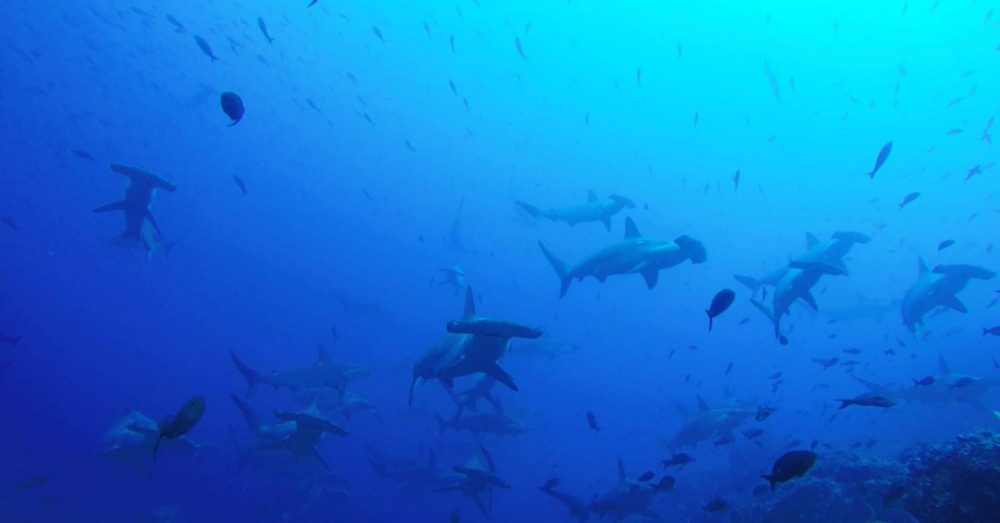 There are nine different species, but sadly many are at risk of extinction due to humans killing them for their fins. They are not a threat to humans unless they feel threatened. However, humans are the number one threat to their existence. 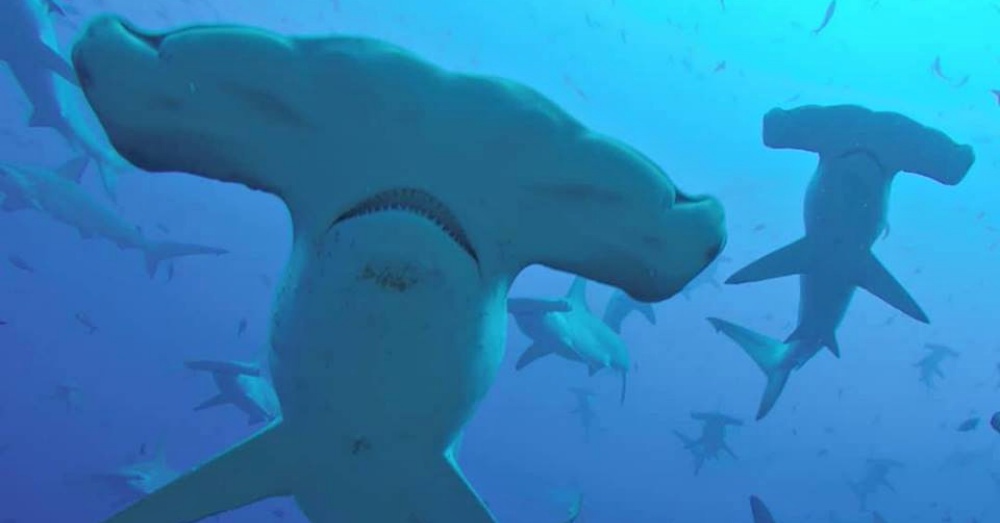 Pierce told PADI in an interview, “My scientific work is a means to an end – I’m trying to protect and restore threatened species and ecosystems. Managers often need hard evidence to justify their decisions, which is where our research is powerful, but without a public desire for change, the process doesn’t begin in the first place. Photos and videos are an excellent means of introducing people to the underwater world, building an interest in marine conservation, and encouraging people to take action to protect the ocean.”