Gus the dog arrived at Utah’s Best Friends Animal Society, an animal welfare organization which runs the nation’s largest no-kill sanctuary for companion animals, in July 2016 from a rescue in Arizona.

He arrived at the original rescue with a plethora of health problems. He had hyperthyroidism, arthritis, chronic eye disease and periodontal disease. He also had hot spots on his neck and was 45 pounds overweight.

The rescue was unable to help Gus with all of these problems, so that’s when they turned to Best Friends for help. They took him in, and vets were able to fix a lot of those issues.

It was also very important to get his weight down, since it was causing him to be very unhealthy; he was unable to get around with ease, and all of the extra weight wasn’t good for his arthritis. The tiny dog was almost 80 pounds at the time! 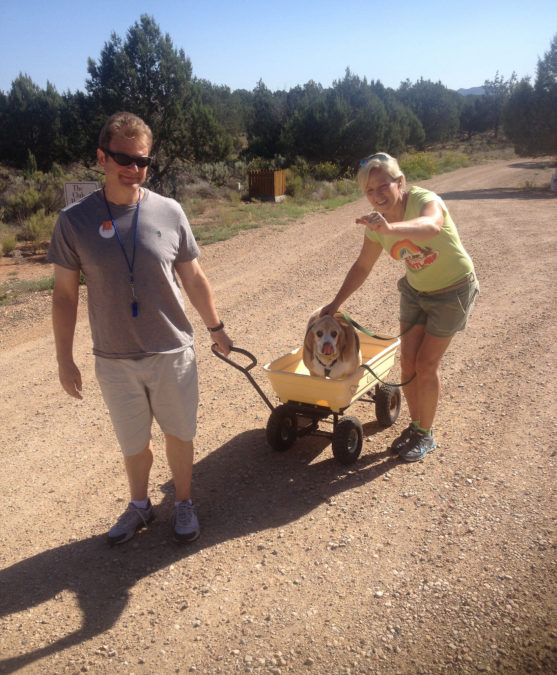 Gus began walking un an underwater treadmill every day as hydrotherapy to help with his mobility. It also helped him lose weight.

At first he was unable to go for walks like a normal dog, so they pushed him around in a wagon. But after a few months of exercising and dieting, he was finally able to walk around again. He even lost all of the extra weight!

The ten-year-old pup went from nearly 80 pounds to just 36! After that, he luckily found a forever home. Now he can go on long walks, and instead of riding in a wagon, he’s able to walk the entire way. 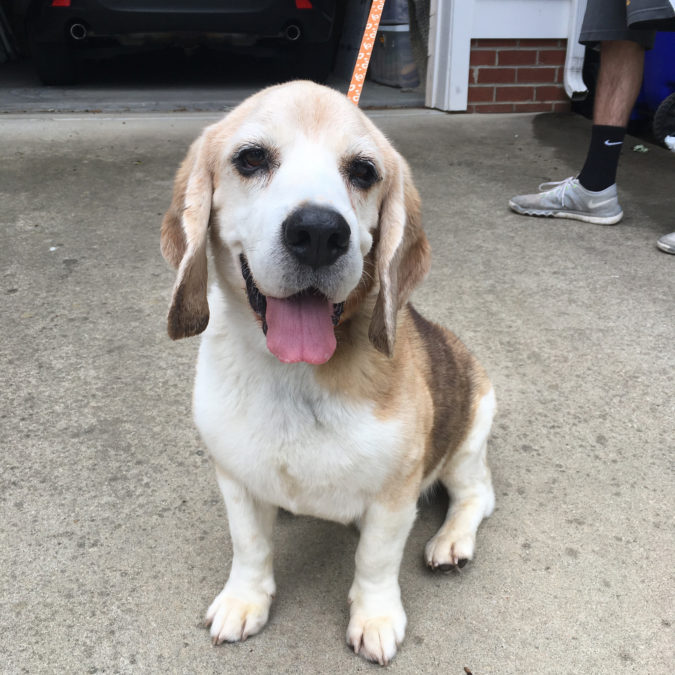 His new mom, Sarah Williams, was visiting Best Friends for a conference when she first saw Gus. It was love at first sight and she knew right away that she’d adopt him.

Gus is now enjoying life with Williams and his three doggy siblings. He goes for long walks with them every day, and even enjoys healthy snacks! He’s come a long way from his overweight days, and if he didn’t lose all that weight, he may never have gotten this happy ending. A huge thanks to Best Friends for helping transform this adorable pup!