Not too long ago, Cavalier King Charles Spaniel puppy Gunner was facing death in the jaws of a hungry alligator. Were it not for his cigar-chomping human strong arming the gator into submission, Gunner’s story would have ended there.

As millions who saw the viral rescue video already know, Gunner survived. The Lee County Sheriff’s Office saw the video, too, and commended the 4-month-old puppy for his tenacity and fight for survival.”

The department has since made Gunner part of the Deputy Dogs, Pets on Patrol program. 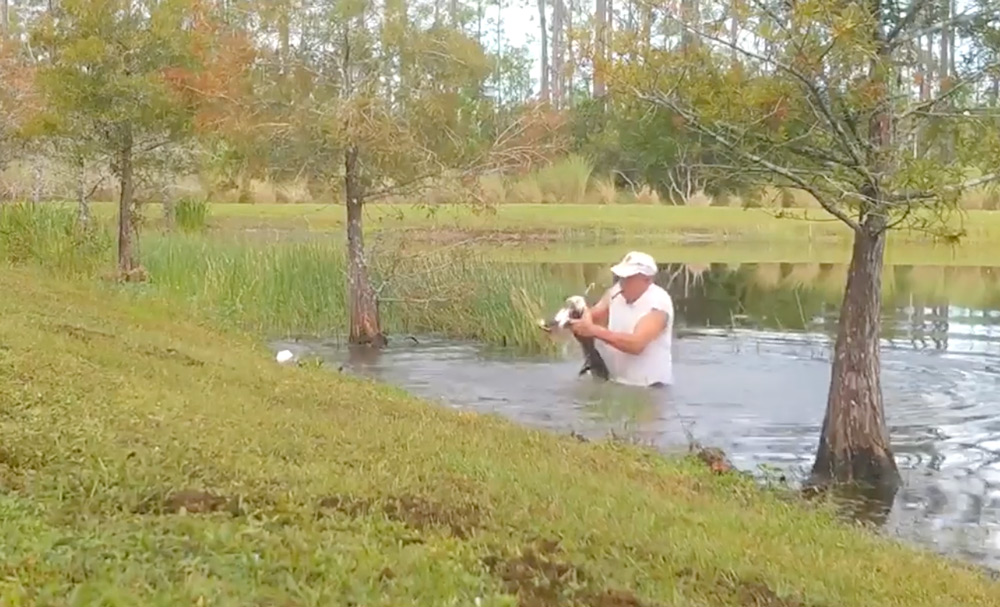 “Gunner wins the battle against the alligator,” said Lee County Sheriff Carmine Marceno told First Coast News. “And for that, it’s a happy day. Gunner gets a gold shield.”

And that includes around alligators. 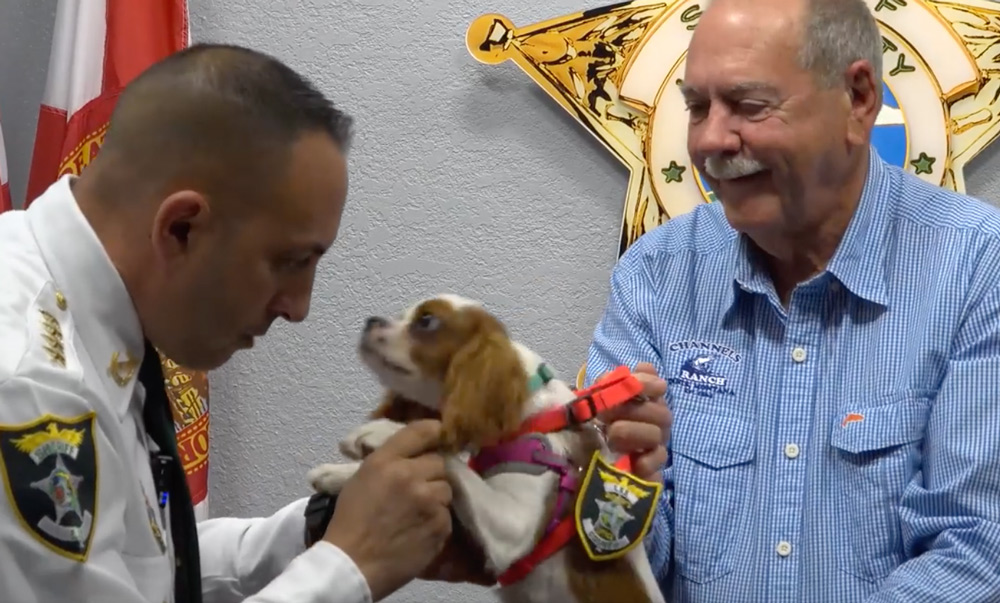 Gunner’s program will cover, “school bus safety, safety as it relates to the water — alligators in the pond, toads, cane toads. Any types of danger that children face every day,” Carmine Dellaquilla with the Deputy Dogs program.

Gunner’s owner, 74-year-old Richard Wilbanks, said Gunner should be able to address a room full of school children with ease after having surviced the gator attack.

“We’re looking so forward to the program and meeting people and he’s going to be a good representative,” he said. 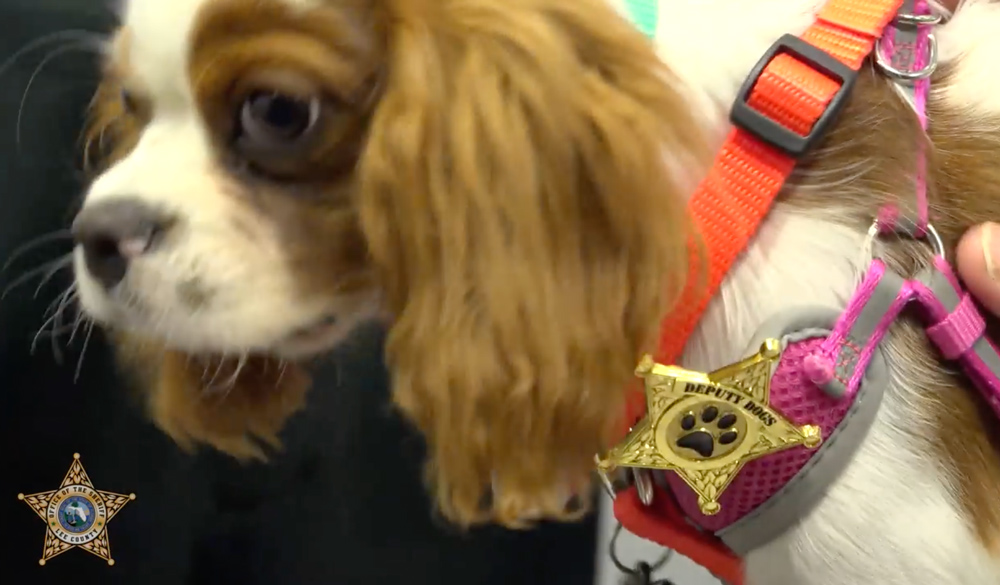 According to FOX 13, Lee County Sheriff Carmine Marceno is an animal lover himself. Marceno adopted a dog named Chance in March 2019. Chance was found abandoned with its mouth taped shut, but has flourished under Marceno’s care, and now serves as the department’s “spokes-dog.”