It’s about half the size as a domestic house cat and looks a bit like a baby cheetah, but you might confuse the signature chirp of the güiña for a bird.

Also called a kodkod or Chilean cat, the smallest wild cat in the Western Hemisphere lives in the forests of southern and central Chile and western Argentina. The cat’s rounded ears and bushy, striped tail make for an endearing sight, one that National Geographic set out to capture on camera. Photographer Joel Sartore caught a few striking photos of the güiña in its natural habitat, and recorded its unique tweets for the first time in history. 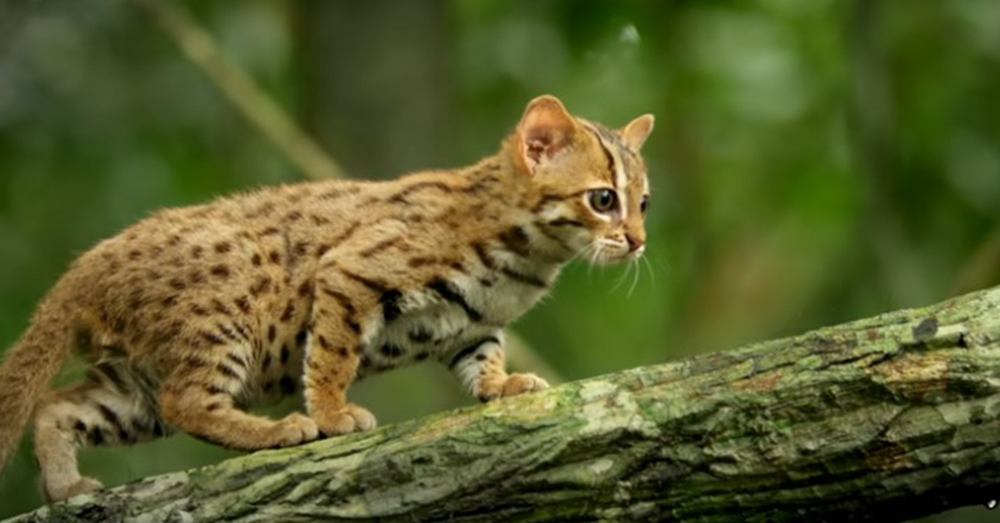 Source: YouTube/BBC
The güiña is about half the size of a domestic house cat.

According to the University of Michigan’s Museum of Zoology Animal Diversity Web, Güiñas measure about 1.7 feet long with tails just under half that size. They weigh between 3 and 7 pounds with large feet and claws, which they use to climb trees. 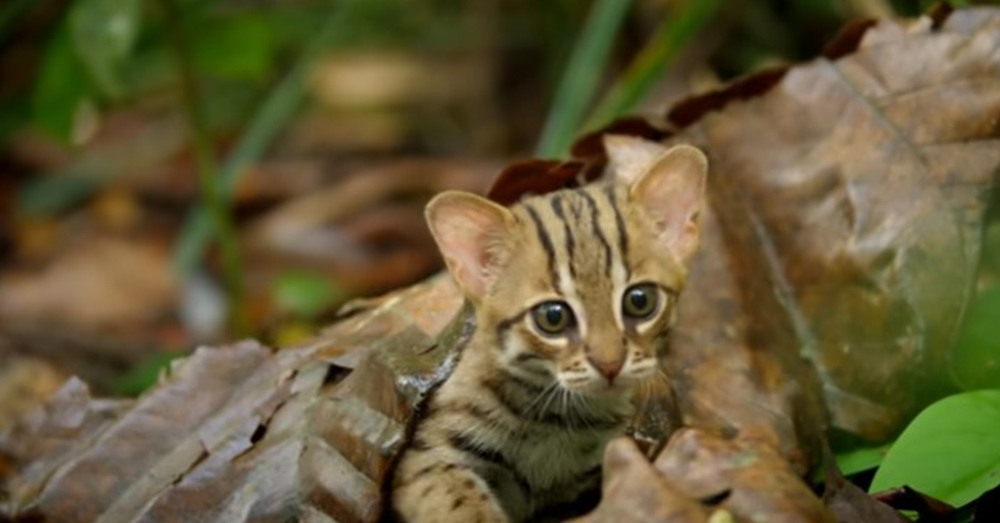 Source: YouTube/BBC
The güiña lives in forests in South America.

The güiña is of particular interest to biologists and other researchers as so little is yet known about these secretive animals. Now, the modest feline is getting exposure for a number of reasons, not the least of which are its proximity to extinction. The IUCN Red List classifies the güiña as vulnerable, but that could soon change as climate change and deforestation destroy the cat’s habitat. 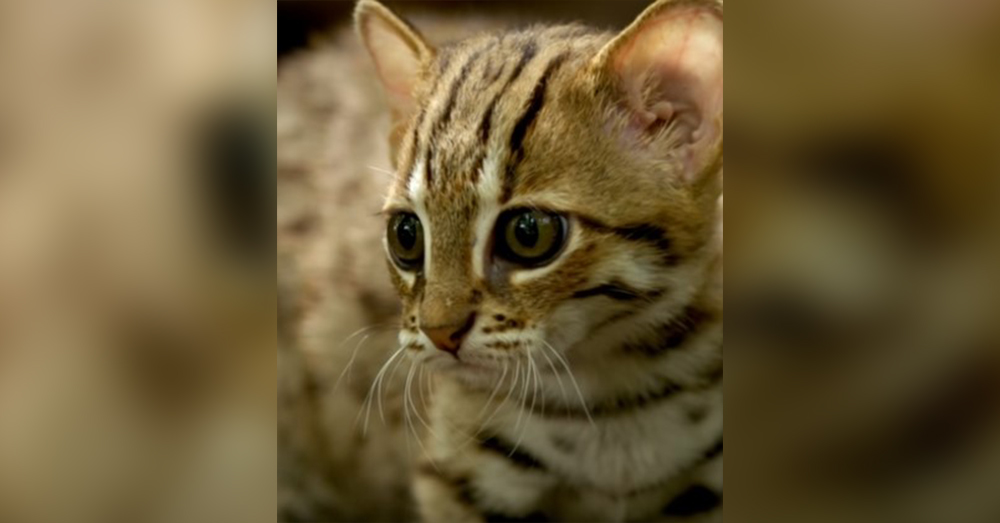 Source: YouTube/BBC
The cat’s shrill chirp sounds like a bird.

While some experts have predicted many more extinctions to occur before the end of the century, Sartore expressed hope for the future so long as stories of vulnerable animals like the güiña are still celebrated and shared.

“I feel like people are paying attention now,” he said.

Sartore’s photos of the güiña made the cat the 10,000th species photographed for the National Geographic Photo Ark. 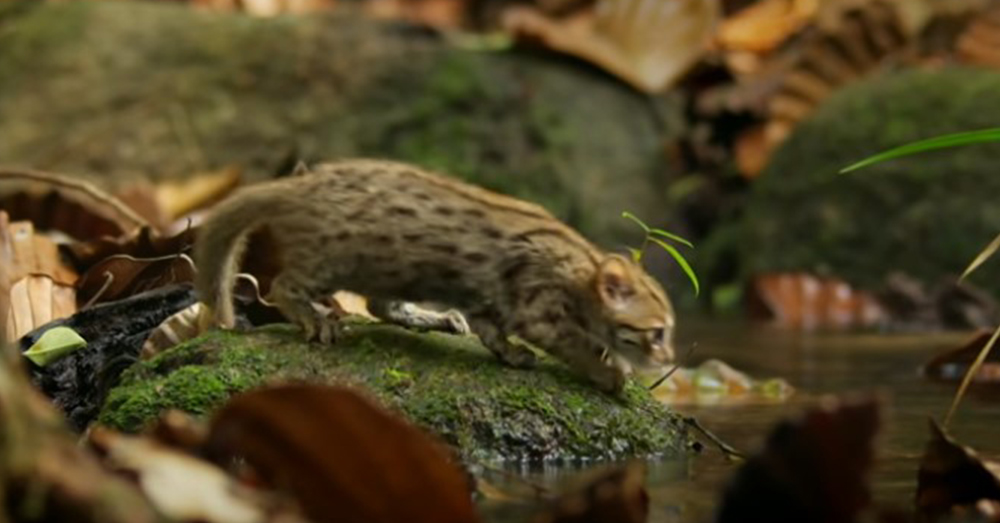 Source: YouTube/BBC
The güiña is the 10,000th animal photographed for the National Geographic Photo Ark.

“Ten thousand is a big number—it represents a little bit of light in the tunnel of us finishing the project within 10 to 15 years,” Sartore told NatGeo.

Hear the unique call of the güiña in the video below.