International Guide Dog Day has been held every year on the last Wednesday in April since 1992, honoring guide dogs and the work they do for the blind.

As Bark Post reports, there is evidence dogs have been helping the blind in ancient Rome. Officially, guide dogs are credited to Johann Wilhelm Klein, who founded the Institute for the Education of the Blind in Vienna. Klein detailed his method for training guide dogs in 1819, but Guide Dogs wouldn’t be widely used until about 100 years later. 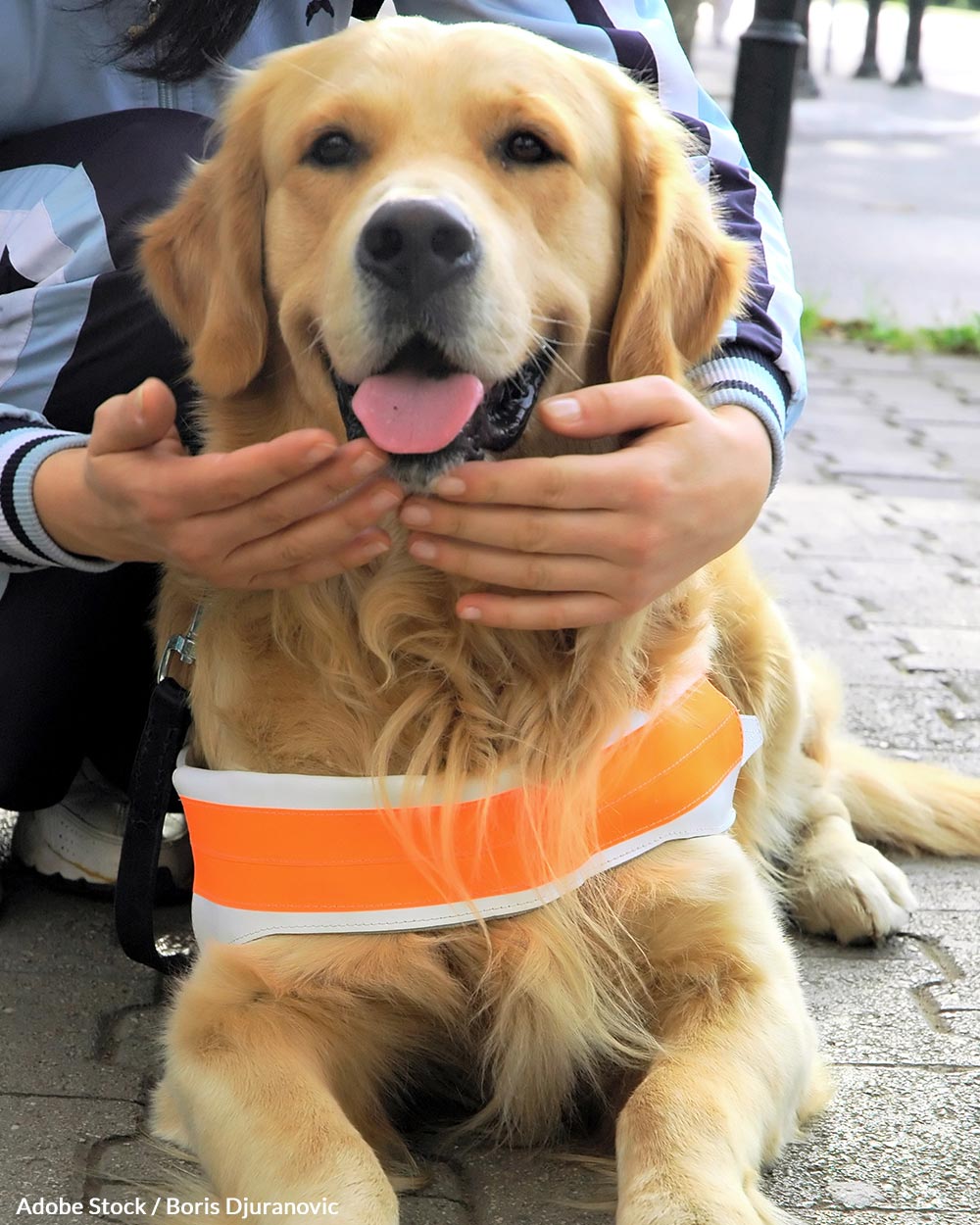 Photo: Adobe Stock / Boris Djuranovic
Guide dogs provide assistance for the blind, veterans, and many others.

Guide dog schools soon spread throughout Germany, providing guide dogs to former service members and blind people throughout the world. Dr. Stalling’s program only lasted as long as the right dogs were available, however, which only proved to be a few years. 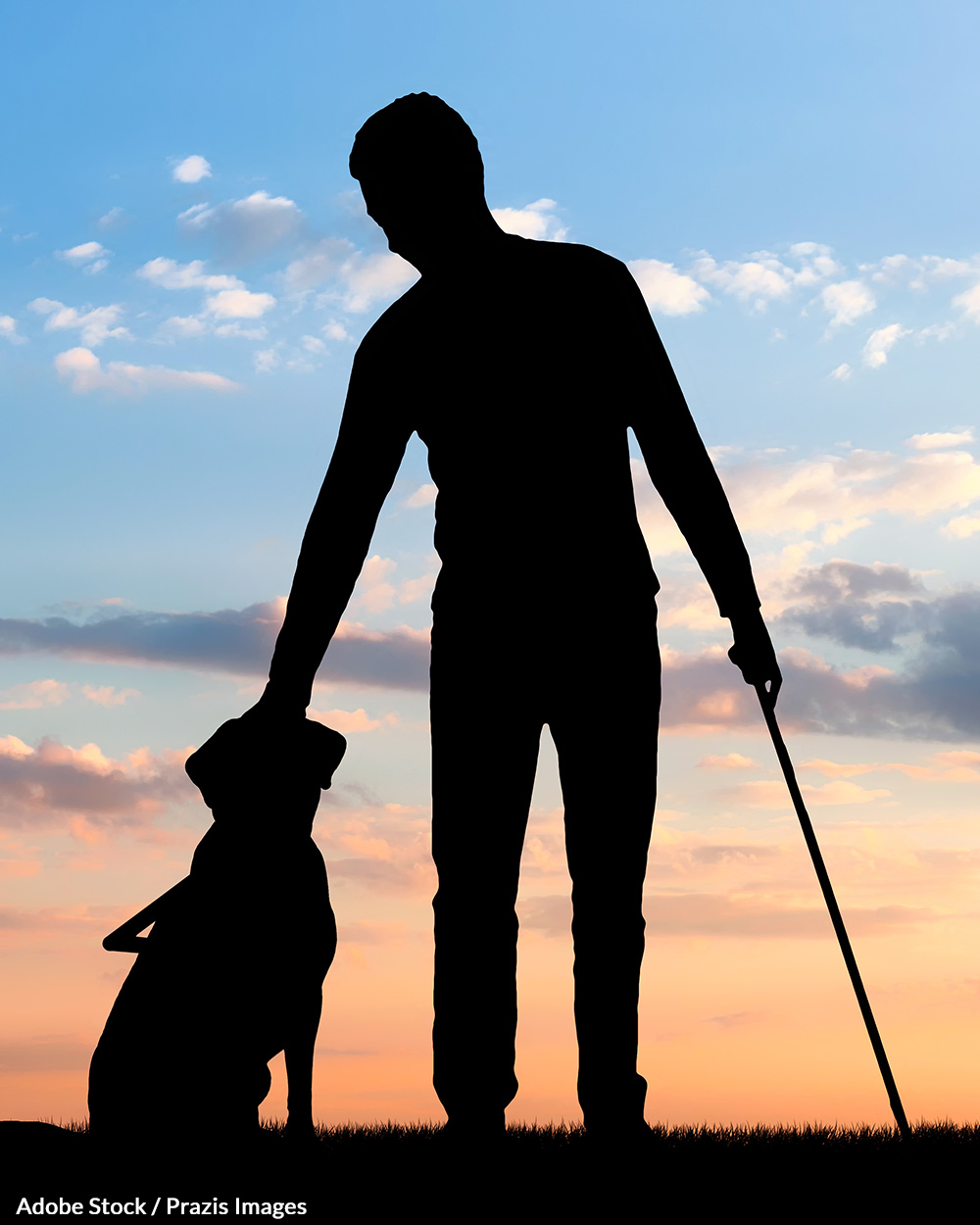 According to Vital Pet Life, In the 1920s an American dog trainer named Dorothy Harrison Eustis helped to relaunch the guide dog movement, and trained the first guide dog in the U.S. She later founded the Seeing Eye School in New Jersey. 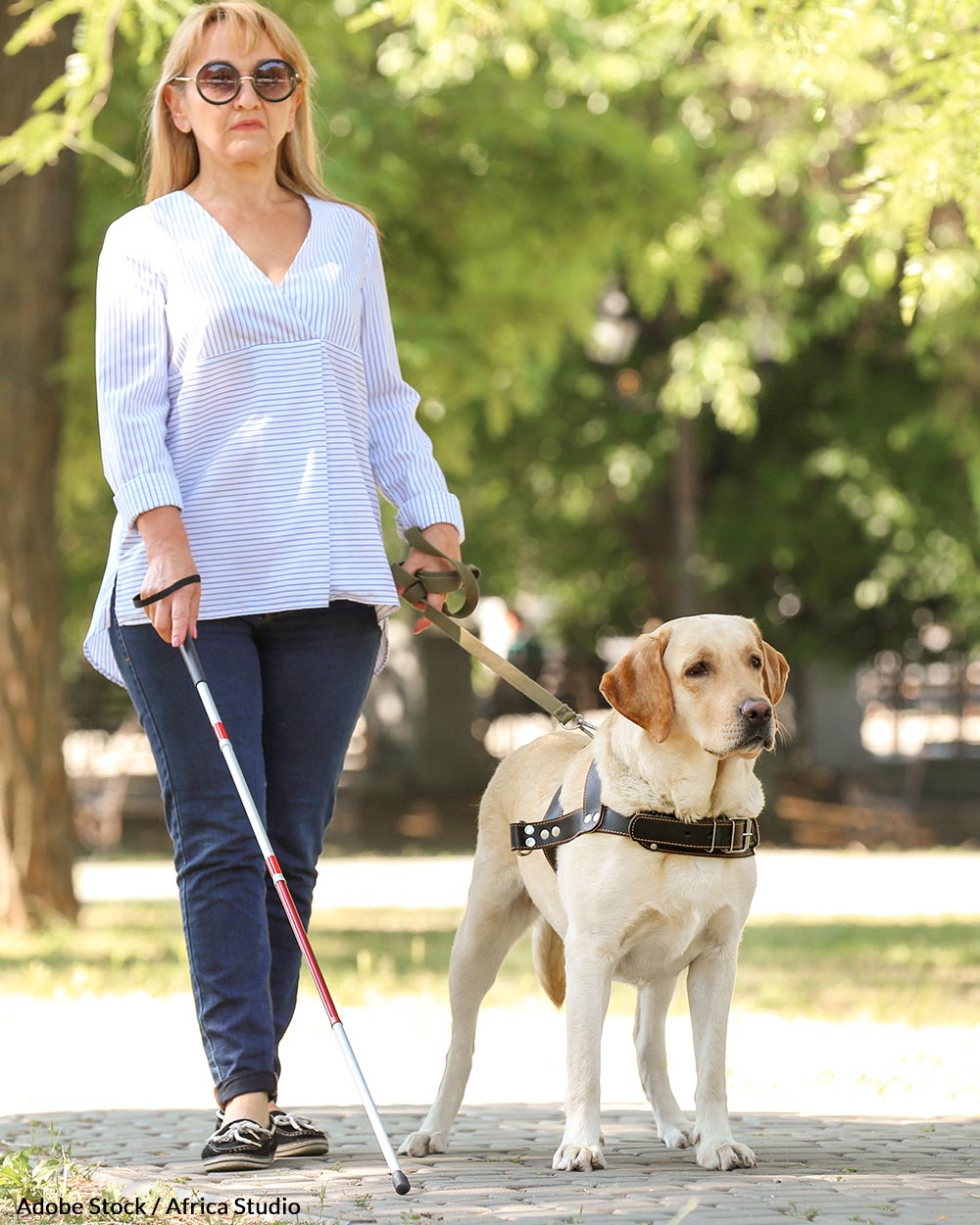 Following the lead of these pioneers, there are now guide dog schools in North America, Europe, Asia, and Australia. These schools help train animals that will change countless lives. You can help advocate for guide dogs by: 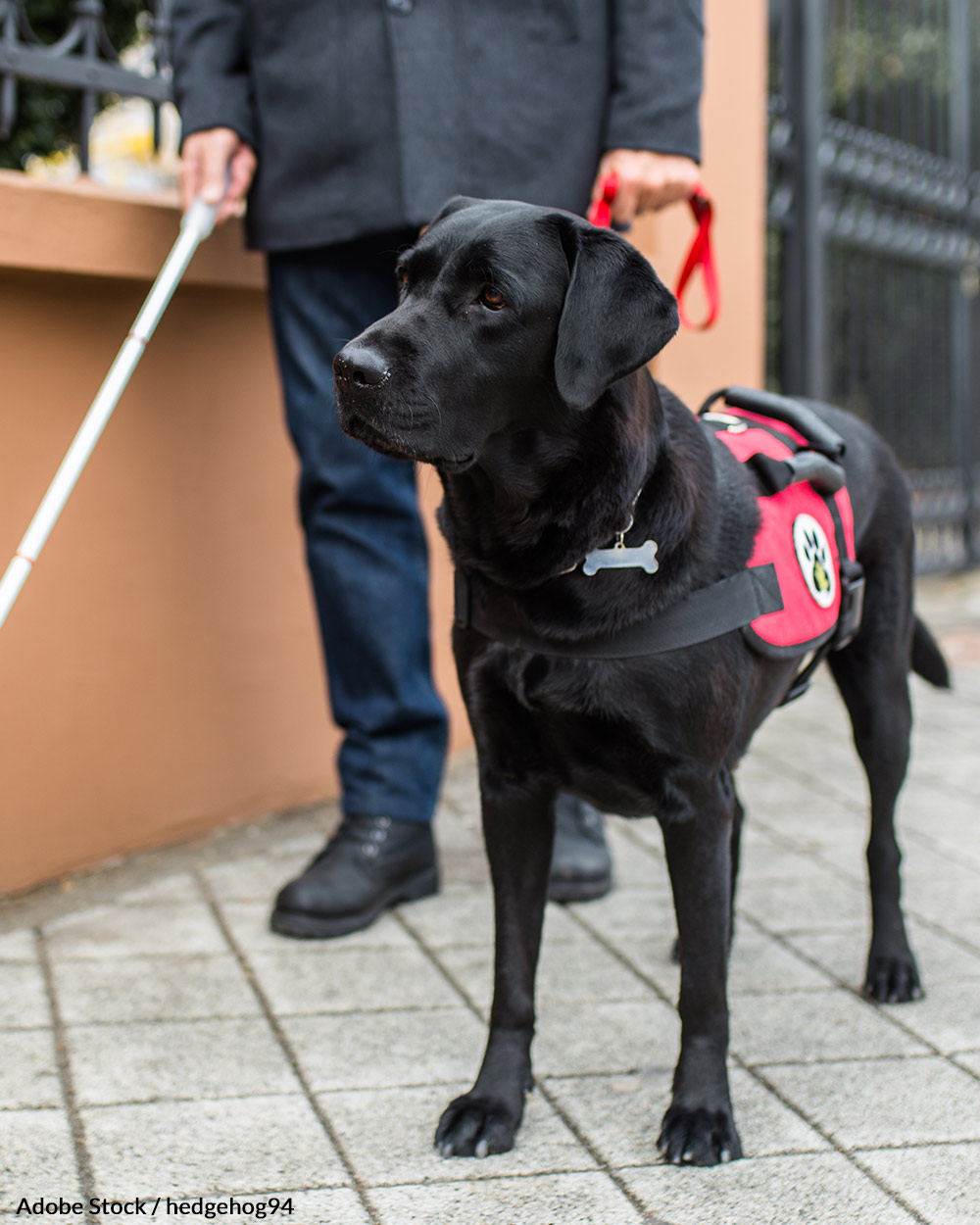 Click below to take the pledge and help us honor the work of guide dogs across the world!

Pledge To Honor The Work Of Guide Dogs 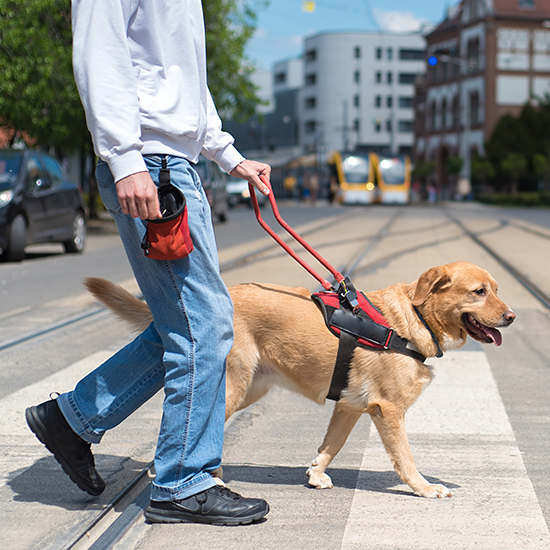 Guide dogs have been helping the blind since as early as ancient Rome. Today, there are guide dog schools in North America, Europe, Asia, and Australia, helping to train animals that will change countless lives.

International Guide Dog Day is held every year on the last Wednesday in April.

Take the International Guide Dog Pledge and honor the work of these courageous and selfless animals!