The world’s greatest works of art are capable of moving us on an emotional level. But when animal cruelty becomes part of the artistic process, it’s bound to stir up more than a few emotions.

The Guggenheim Museum in New York was been under fire recently after the installation of “Art and China After 1989: Theater of the World.” An abstract look at the political turmoil of the period, the exhibit involves more than one piece showing live animals being held against their will.

A seven-minute video by Peng Yu and Sun Yuan titled “Dogs That Cannot Touch Each Other” shows a performance in Beijing where four pairs of pit bulls were leashed up to treadmills, facing each other, Newsweek reports. The dogs were forced to run while the treadmills kept them from actually moving forward. 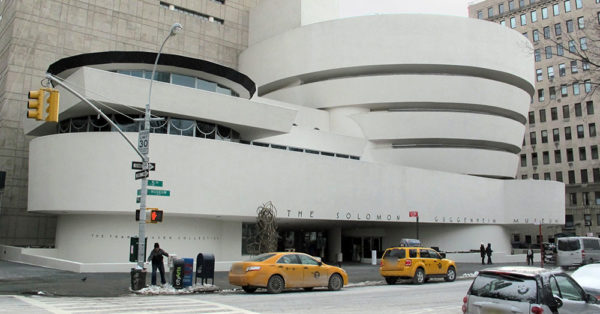 “Contrary to some reports, no fighting occurred in the original performance, and the presentation at the Guggenheim is in video format only; it is not a live event,” the Guggenheim clarified in a statement released on Sept. 21.

“Reflecting the artistic and political context of its time and place, ‘Dogs That Cannot Touch Each Other’ is an intentionally challenging and provocative artwork that seeks to examine and critique systems of power and control,” the statement continued. “We recognize that the work may be upsetting. The curators of the exhibition hope that viewers will consider why the artists produced it and what they may be saying about the social conditions of globalization and the complex nature of the world we share.” 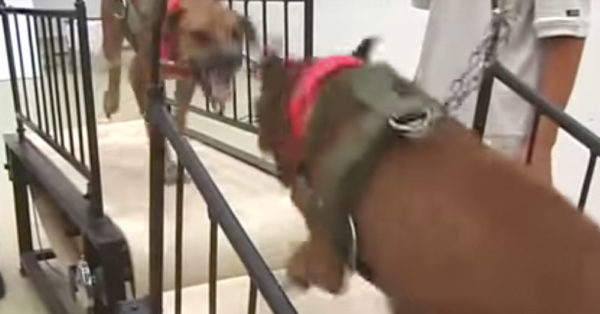 Source: YouTube/Boycott Guggenheim
“Dogs That Cannot Touch Each Other”

The museum has not yet offered explanation of the other exhibited works that have raised the ire of animal advocates.

A third piece, created by artist Xu Bing in 1994, shows a boar and sow stamped with ad hoc Chinese characters. The work, titled “A Case Study of Transference,” is meant to juxtapose intelligent civilization with ignorance.

The CEO of the American Society for the Prevention of Cruelty to Animals, Matt Bershadker, has made it clear his organization wholeheartedly opposes the exhibit.

“The ASPCA opposes the use of animals in art if such practices produce pain, injury or distress to the animals,” Bershadker wrote. “The video perpetuates the false stereotype that pit bulls are only purposeful as vicious dog fighting instruments, not as what they are at their core: affectionate and loyal animals who crave our attention and deserve safe and loving homes. This increases the obstacles standing in the way of their adoption, and endangers their lives.” 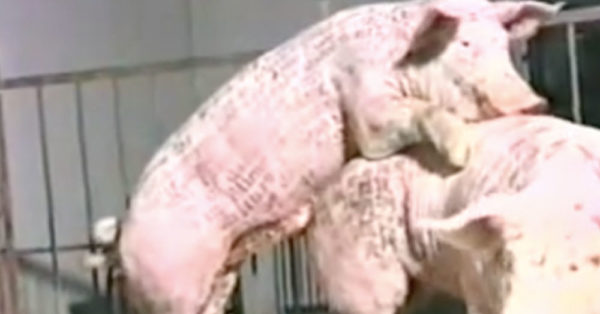 A barrage of comments on social media have also made it clear that it’s not just animal advocacy organizations that are incensed over the exhibit.

Artist and activist Sophie Gamand has come up with the hashtag #tortureisnotart and, along with animal rights activist Stephanie Lewis, is raising awareness of the impropriety of using animal cruelty in art.

Comedian and noted supporter of animal causes Ricky Gervais spoke out against the exhibit on Twitter.

“If this is art, let’s tether Peng Yu and Sun [expletive] Yuan too. You should know better than this @Guggenheim,” Gervais wrote.

“I appreciated the wave of concern that caused such a prestigious and respected establishment to accept that animal welfare comes before entertainment,” he later told the Gothamist.

I hope some key @Guggenheim donors will rethink their support after this. Animal abuse is not "art." So ignorant. https://t.co/UZrjAq6wpv

Performer Richard Marx also criticized the museum for the installation.

“I hope some key @Guggenheim donors will rethink their support after this. Animal abuse is not “art.” So ignorant,” the musician wrote on Twitter.

A look at the work, “Dogs That Cannot Touch Each Other” can be seen in the video below.

“As an arts institution committed to presenting a multiplicity of voices, we are dismayed that we must withhold works of art. Freedom of expression has always been and will remain a paramount value of the Guggenheim,” the museum maintains.

As we have seen time and again, the voices that speak out in defense of animals are often heard loud and clear and have influenced policies around the world. While the Guggenheim is fighting criticism of its choice to include animal exploitation in its definition of “art,” another battle is being waged against the University of Missouri, where pigs are being used in emergency medicine training. Click the link below to learn how you can make a difference and help animals everywhere!

Each year, pigs are being killed in emergency medicine training at the University of Missouri Columbia School Of Medicine (Mizzou).

At Mizzou, trainees are instructed to cut into the animal’s throat, chest, and abdominal cavity in order to insert needles and tubes, and to practice cardiac procedures. If the animals survive the invasive procedures, they are killed before the final procedure is performed.

Urge the university to immediately replace the use of live pigs in their emergency medicine residency program!
Make a difference