One Scotland grocery store got a boost of free publicity when a thoughtful security guard was photographed sheltering a dog from the rain.

The golden retriever’s family had left their dog tied up outside while they shopped, but they didn’t know that it was about to start pouring. Fortunately, the store’s security guard saw that the dog was getting wet, so held his umbrella over the pup to shield him from the weather. 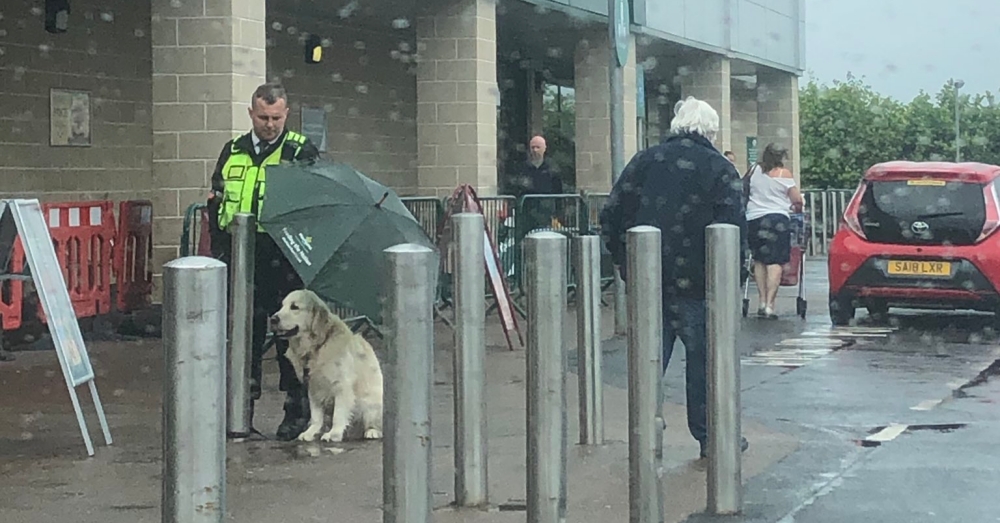 Fortunately, a fellow shopper photographed this sweet scene and posted it to Twitter, where it quickly went viral. “Shout out to this @Morrisons security man keeping this good boy dry,” Twitter user Crisp Rat wrote. “He said ‘well you never know how dogs feel about the rain.”

This heartwarming scene generated a flurry of gushing comments online. One person described the security guard as a “hero”; another suggested the kindly guard should get a pay raise. Even the security guard, who was later identified as Ethan Dearman, felt compelled to respond: “Looks like I made a lot of people happy today,” he tweeted.

Shout out to this @Morrisons security man keeping this good boy dry. He said ‘well you never know how dogs feel about the rain’ pic.twitter.com/B9CPWI7u5Q

The dog’s owner, David Cherry, was also grateful to the guard for taking good care of his dog, who is apparently named Freddie. Cherry also delighted the Twitter-scape by sharing an adorable photo of Freddie as a puppy.

“Thanks to security man @dearmanethan for putting the umbrella over Freddie when it started to rain! So kind! He’s always so nice to my brother Stuart, my Dad and our Freddie!Here’s Freddie when he was a puppy!” Cherry wrote. 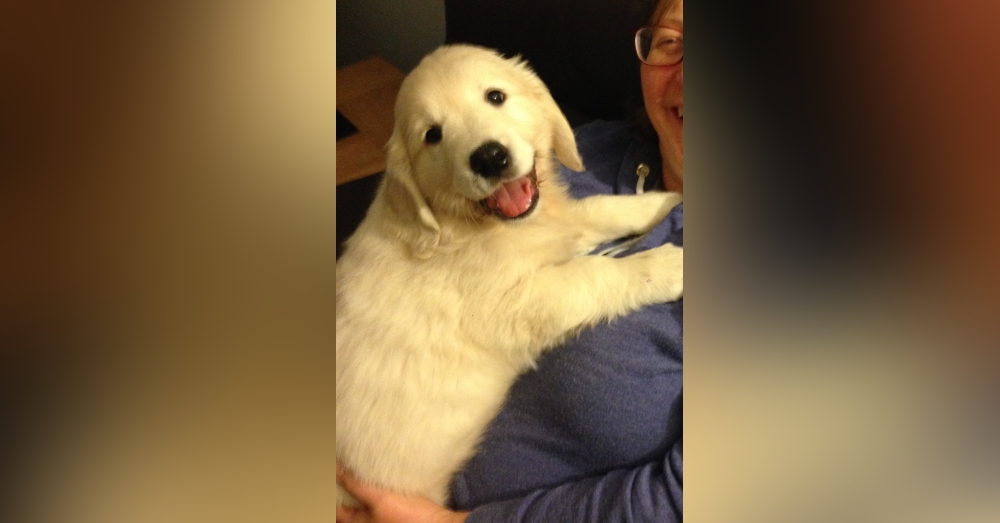 “Our dog Freddie has went viral after kind security man put up his umbrella for Freddie when it started raining at the Morrisons near my parents house,” Cherry added in a second post. “Good community vibes. People looking out for each other. He’s always nice to my Dad and brother, it’s nice to hear nice things.”