Grumpy cats are hard to resist and a shelter cat in Ohio is attracting thousands of people with his disgruntled looks.

While his name, Giggles, implies laughter and delight, his facial expressions and story are anything but happy. He was rescued from the streets by a Good Samaritan and brought to Riggi Rescue covered in ticks and had a wound on his neck from a suspected cat fight. 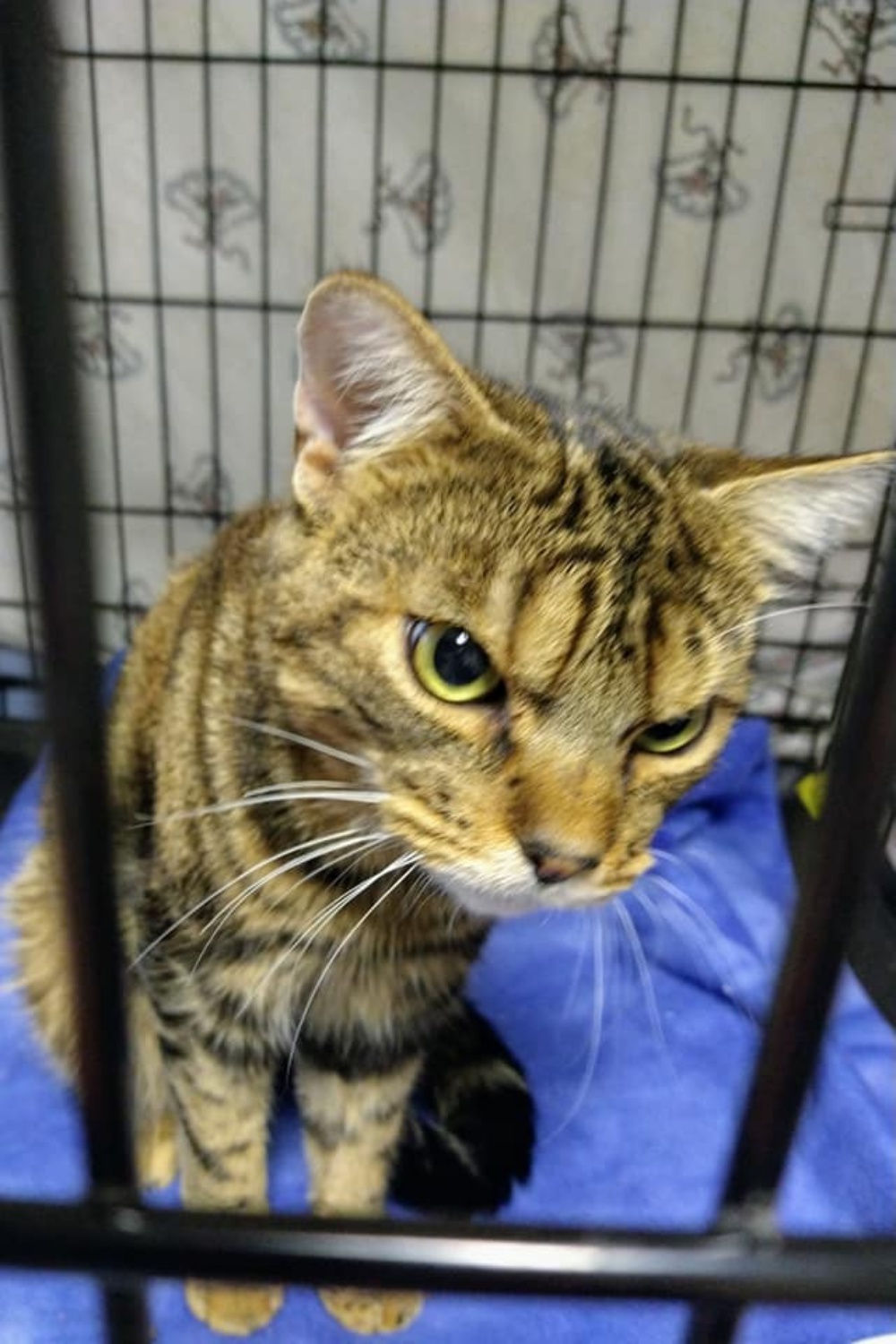 Giggles was treated, neutered, and vaccinated before being put up for adoption.

Apparently, a loving cat is hiding behind the permanent scowl, which is why the staff named him Giggles. They claim he’s the sweetest boy and is in need of a forever home. 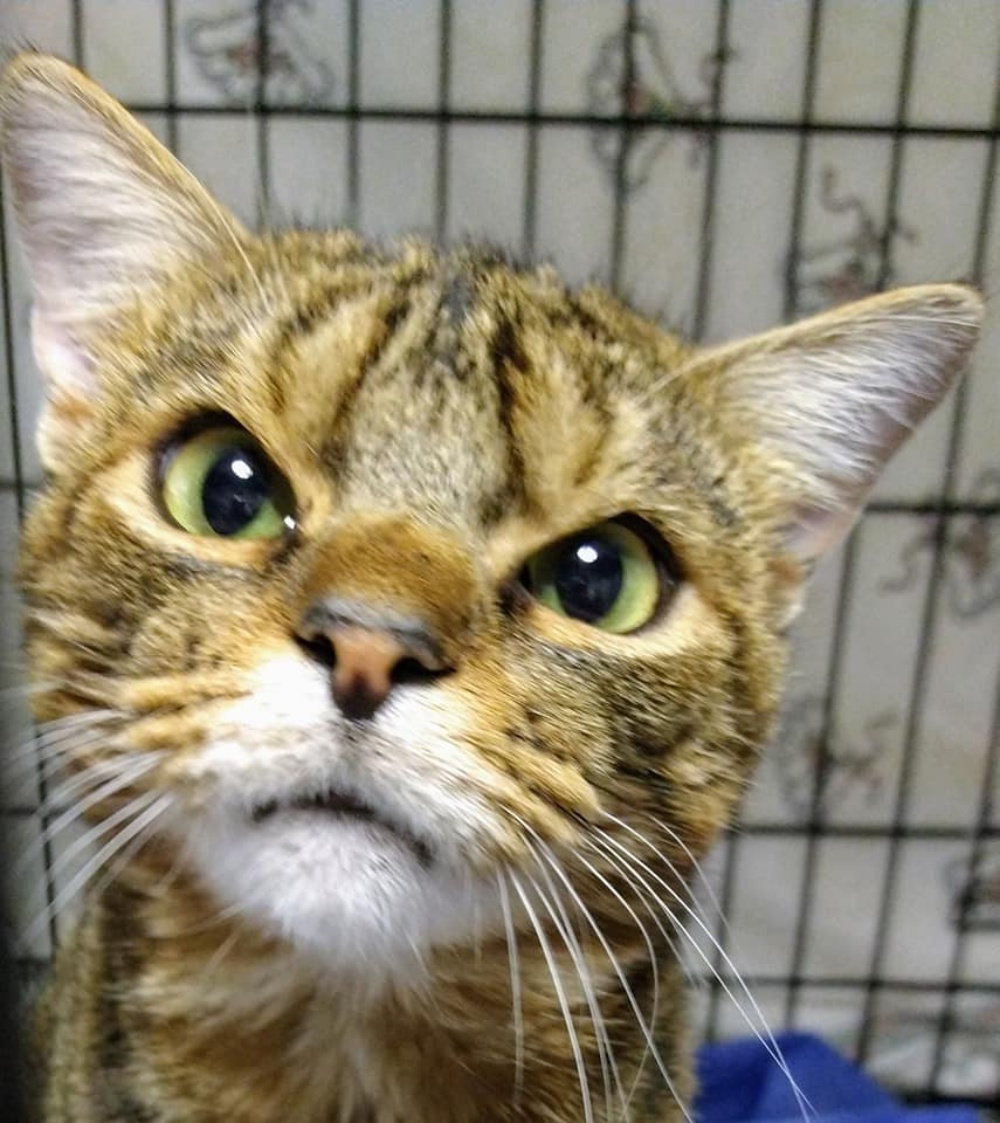 As you can imagine with a face like his, it didn’t take long for someone to inquire about Giggles. The rescue posted a handful of photos of him and wrote, “Giggles is not mad, this IS his permanent face he was very happy in these pics. He does have a potential home, but not confirmed.”

They went on to explain, “We do not do same day adoptions. Homes/adopters are screened prior to meet/greet. The adoption process does take a little time. IF the potential adopter that’s in the screening process isn’t the best fit for him, we move onto the next person interested. Our goal is always finding the best home to fit each cat we are honored to assist.” 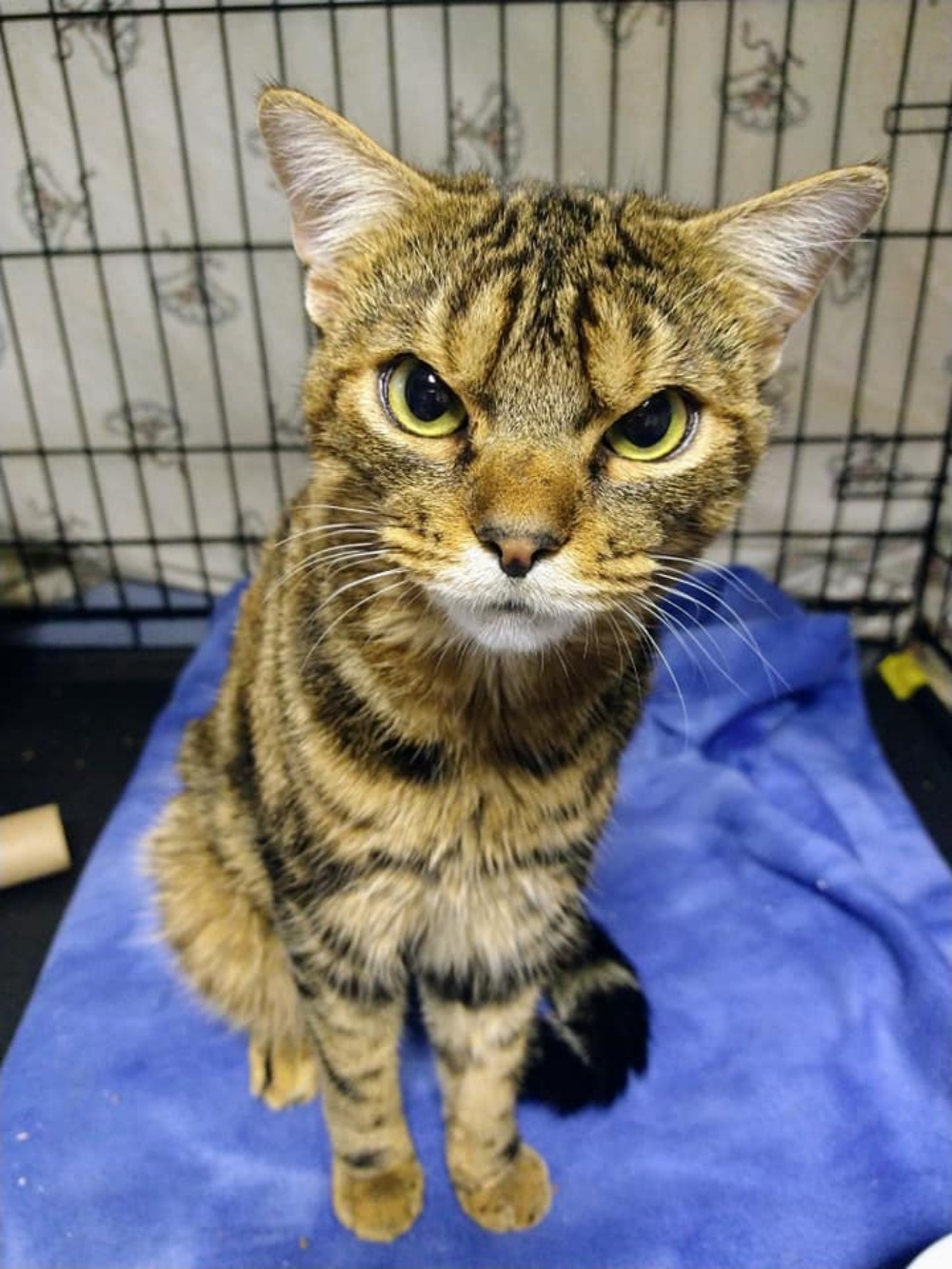 Thousands of people commented on the post and it was shared 16K times. One person said, “He should be Hollywood-famous and live a life of luxury with that face!! 😽”

Giggles is sure to find a loving home soon. If you are looking for a feline companion, be sure to head to your local shelter.