It’s not uncommon for grooms or brides to present their beloved with some kind of surprise gift on their big day. One groom might have just given his bride-to-be the gift to end all gifts at their wedding: a kitten!

Bride Kaylee Schmidt Metheny was excited for the next step with her husband Orion Metheny after their 19th of October wedding in Bridgeport, West Virginia: moving in together. While she was excited, she was also sad to be leaving her family cat with parents, where she’d been living. She’s mentioned to Orion that she wanted to get a cat of their own, but Orion was apprehensive about having an indoor pet. 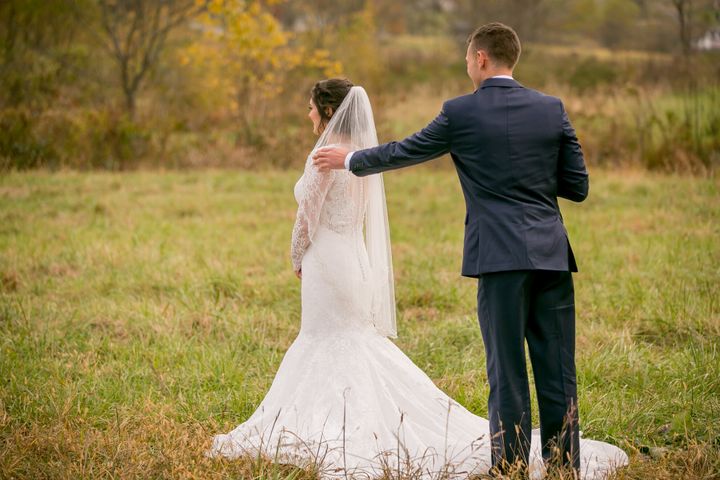 Kalyee said to the HuffPost, “Orion likes animals and had grown up on farms around horses and chickens. Even though we had talked about having a farm with outdoor animals of our own one day, he was hesitant to have indoor pets in our home. I, on the other hand, have always had indoor cats at home.” 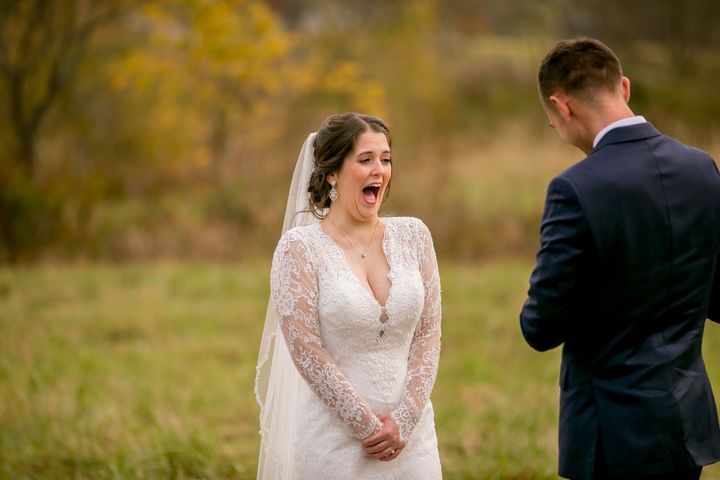 Shortly before the big day, Metheny’s neighbor found an abandoned kitten on a busy road close to their house. The neighbor wasn’t able to keep the kitten, so Metheny adopted her – but he kept this a secret from his bride-to-be. 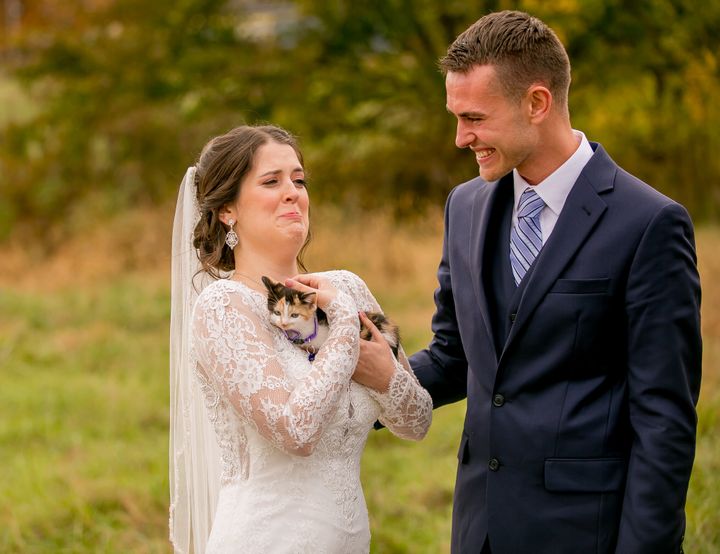 During the couple’s first look, Orion surprised Kaylee with the adorably tiny calico kitten. Wild and Wonderful Photography photographer, Megan O’Dell, was able to capture those moments on camera – and they’re so sweet! 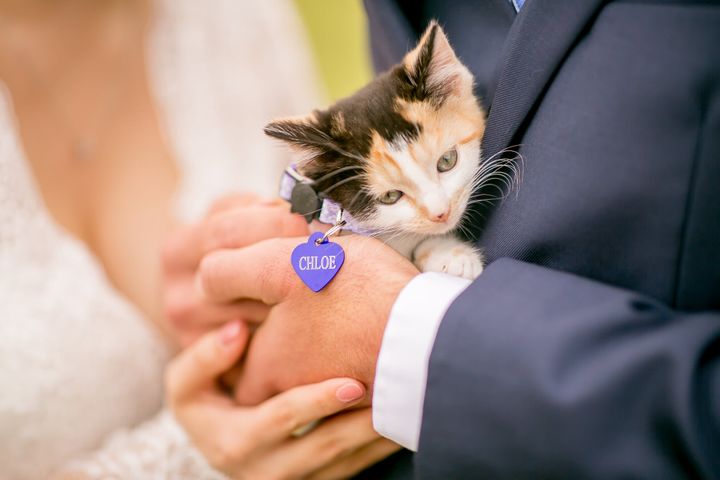 “I couldn’t believe he was actually holding a kitten and that it was ours to keep,” Kaylee said. 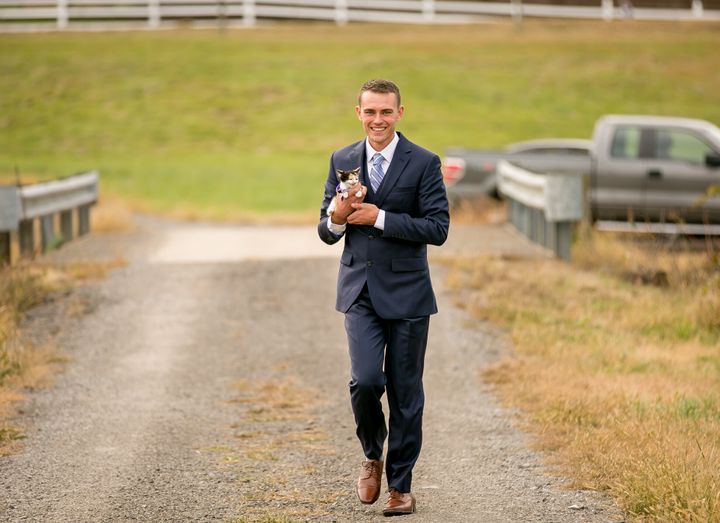 Orion’s sweet gesture meant so much to her and as she’s stated, it reminded her how lucky she is to have him as her husband. 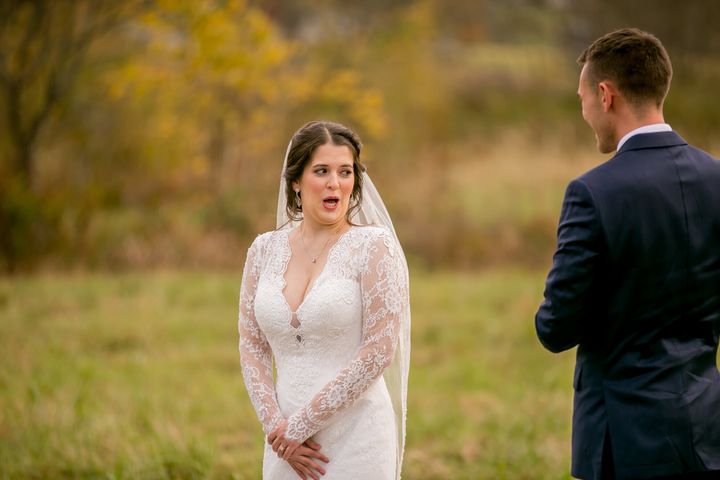 “The fact that Orion was willing to go out of his comfort zone in order to make me happy just shows how thoughtful of a person he is,” she said.

Prior to the wedding, Orion had asked Kaylee what she would – hypothetically – call a cat if she had one. She answered that her top choice of name would be Chloe. Orion went the extra step to engrave the name on a collar for the kitten.

Since the big day, Chloe has been making herself right at home in the couple’s house. As Kaylee has said, Chloe has grown a bit and really let her personality come out.

She said, “She’s so hyper and playful all the time! She’s very friendly and does well when visitors come over and want to play with her.”

As it turns out, Orion has come around to the idea of indoor pets thanks to Chloe – he’s completely enamored with the precious feline.

“Orion loves Chloe!” Kaylee said. “He often gets her all excited when they play and she ends up running around the house with her toys. Chloe is definitely more playful with Orion and more cuddly with me.” 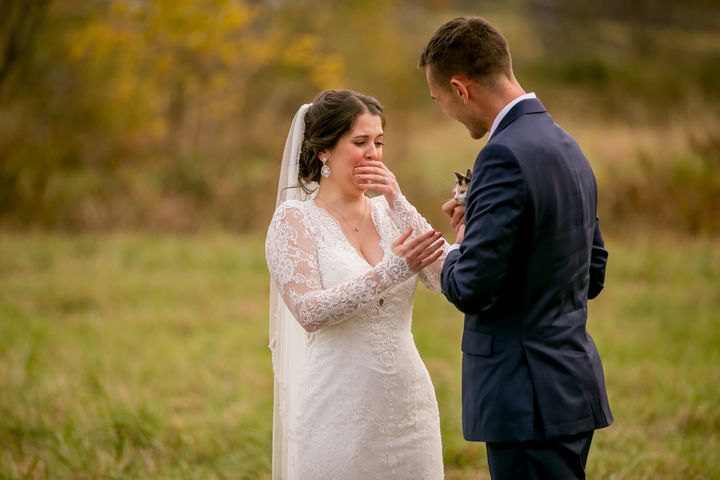 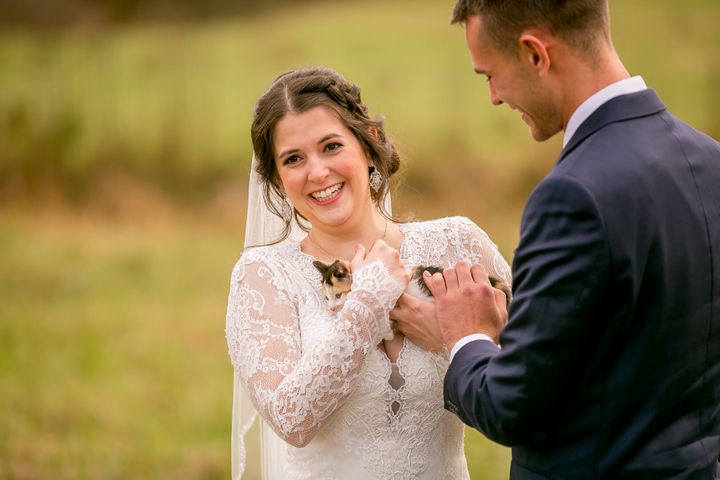 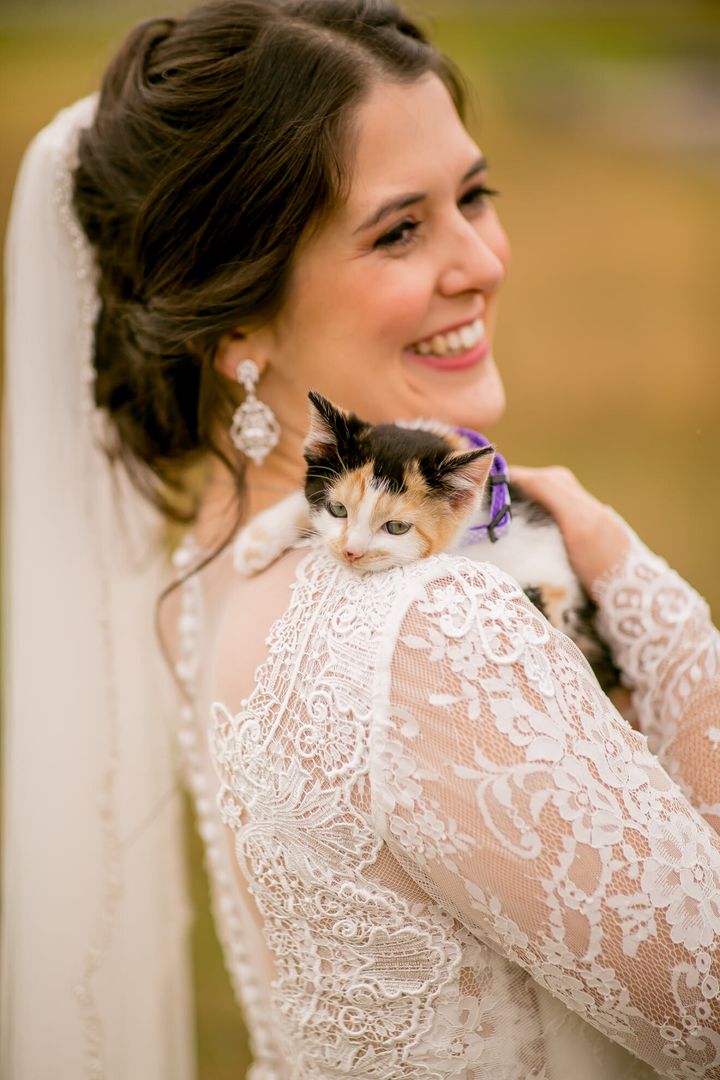 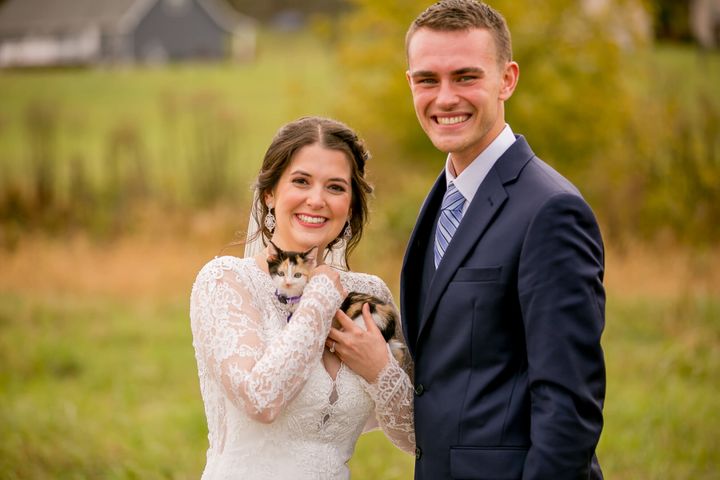