Grizzly 399 is a beloved and well-known bear that resides in Grand Teton National Park. Wildlife photographers and tourists come from around the world to try and capture a photo of the 24-year-old celebrity bear in her natural environment.

Due to the global pandemic, Grand Teton National Park was closed and just reopened to the public on May 18. As luck would have it, that is the same exact date that the famous grizzly 399 has emerged from hibernation two previous times when she had new cubs.

Wildlife photographer, Tom Mangelsen, told Jackson Hole News & Guide, “Whenever she has cubs of the year, she waits. It’s amazing that this exact day, she comes out.” 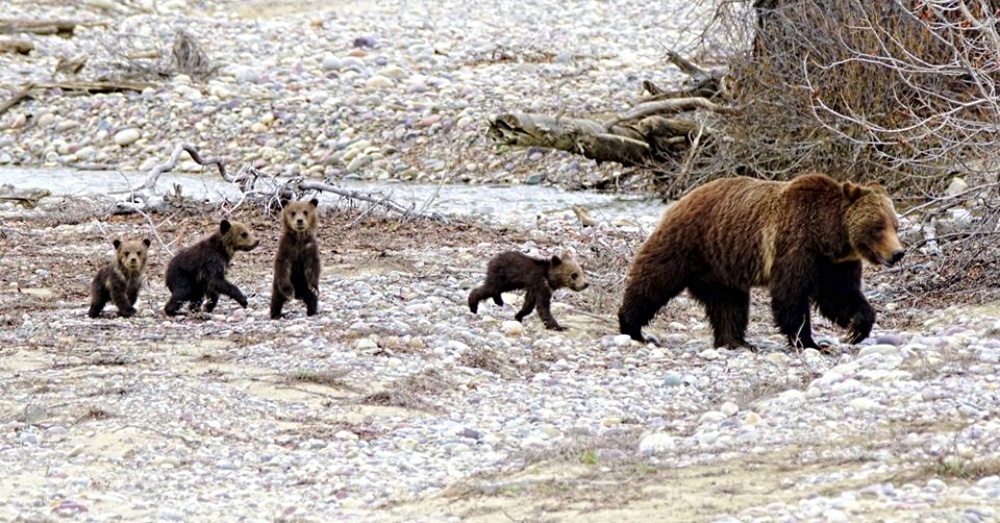 Tradition wasn’t broken and the famous sow was spotted with not one or two, but four new cubs – her largest known litter. This number is rare for any grizzly, but especially one of her age. At 24-years-old, she is considered ancient for a wild grizzly, which have a lifespan of 20-25 years.

She is known as “the most famous mother bear on Earth,” giving birth to 17 documented cubs. Over the past 14 years, she has raised her cubs near roadside areas for all to see. 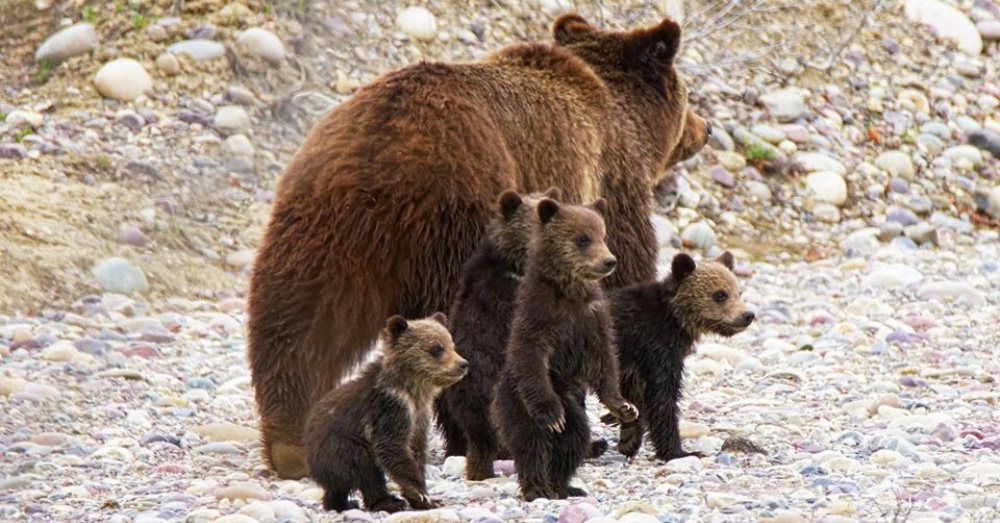 Grizzly 399 was once again near Pacific Creek when Mangelsen spotted her and said, “Lesser bears would have been lucky to make it to age 24, but I think she’s obviously extraordinary.” He was “optimistic” that she was pregnant when he saw her last fall before she retired to her den to hibernate. 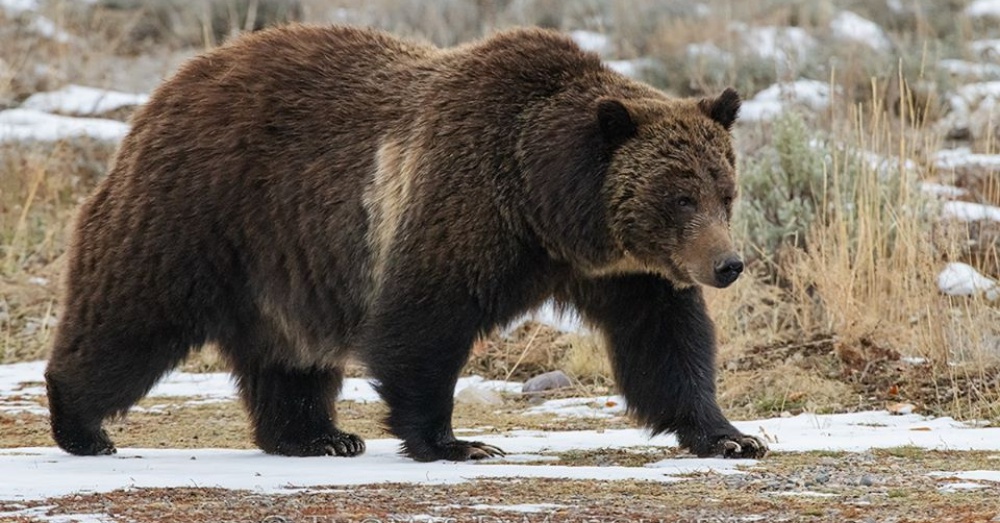 Mangelsen has become well acquainted with 399 over the past decade. He helped create a photo book titled, “Grizzlies of Pilgrim Creek” that features over 150 photos of her and her cubs. He hopes to educate people about the amazing bears and help preserve them for future generations. 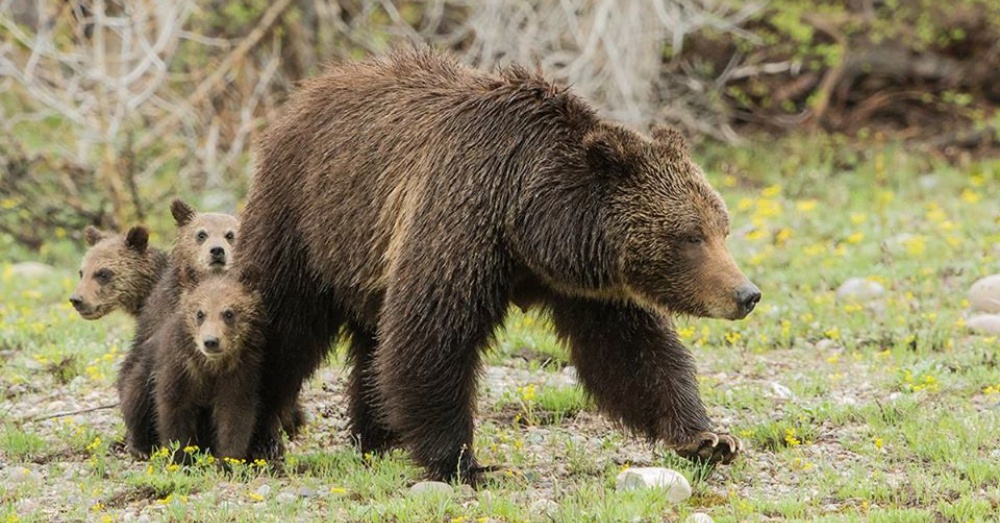 Fans are delighted to see grizzly 399 in good health with four adorable cubs by her side. As other bears begin to emerge from their dens and people rush to national parks to try and catch a glimpse, rangers are reminding people to be careful.

The National Park Services reminds people to observe bears from afar and to never feed them. “Visitors should be aware that all bears are potentially dangerous. Park regulations require that people stay at least 100 yards (91 m) from bears (unless safely in your car as a bear moves by). Bears need your concern, not your food; it is against the law to feed any park wildlife, including bears.”

The park expects more people to visit the parks as they slowly reopen and for there to be backups near the area that the legendary bear was seen. Learn more about bears in the video below posted by Yellowstone National Park.

The First Confirmed Grizzly Bear Sighting Of 2020 Is Announced By Yellowstone National Park: Click “Next” below!