Wildfires have become an increasingly frequent — and frightening — consequence of climate change, which scientists attribute to a quickly warming planet. In 2018, drought and dry vegetation led to California’s worst fire season on record, destroying homes, human life, and 2 million acres of land as wildfires tore through the state. Just a year later, similar conditions (and a spike in deforestation, which leaves kindling-like logs in its wake) triggered thousands of wildfires in Brazil, destroyed 2.5 million acres of rainforest land as they raged through the Amazon basin.

But neither disaster compares to apocalyptic scene in Australia, where seasonal bushfires — exacerbated by a lengthy drought and dry season — have spiraled out of control, engulfing the continent in flames. Per new numbers released by the Australian government, a mind-boggling 42 million acres of land have been burned so far, exponentially more than the wildfires in Brazil and California combined. 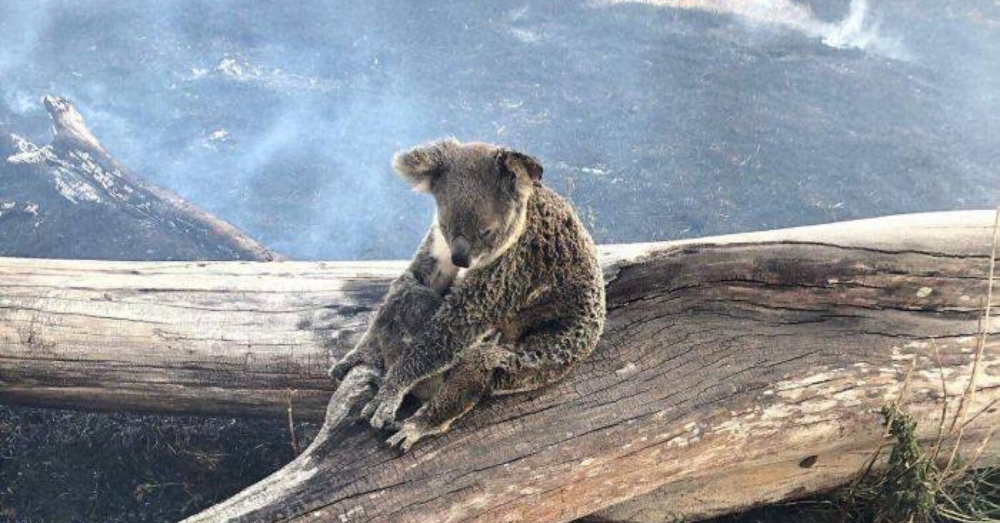 The wildfires have been particularly devastating for Australia’s wildlife, many of whom lived in the forested east coast state of Queensland, where fires first broke out in September 2019.
“From an animal point of view, we’ve lost almost an entire eco-system,” said Darren Maier, CEO of The Royal Society for the Prevention of Cruelty to Animals Queensland (RSPCA Qld), one of the organizations racing to rescue the estimated one billion animals affected by the flames.

The velocity of the fires has left relatively few survivors, Maier explained to The Animal Rescue Site. This has left some endangered species at very high risk of extinction, while causing lasting damage to the forests they called home. “So we’re not getting that regeneration now,” he said, noting that many of the birds and gliders that helped pollinate the forests died in the flames. “That’s going to be a big impact on the environment in the years to come.” 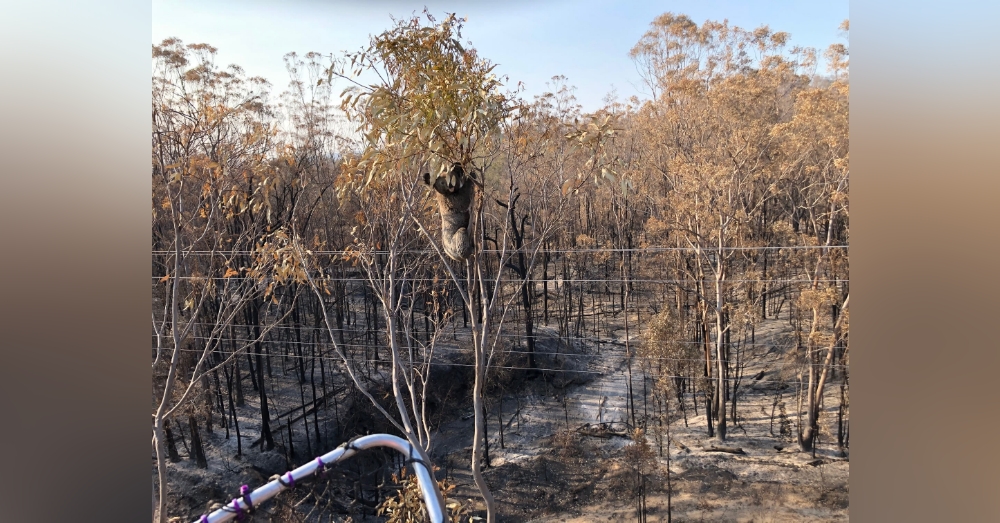 Other animals have arrived at RSPCA Qld’s treatment facilities with burns, smoke inhalation and other treatable injuries, but the scale of the wildfire devastation, which has led to widespread habitat loss, leaves them without homes to go back to.

Such is the case with koalas Ainsley and Rupert, a mother-son pair rescued by police officers from wildfires near the Gold Coast town of Carunga. “They came in here with all of the pads on their paws all burnt quite significantly,” Maier said of the little marsupial family, which was brought to RSPCA’s main animal hospital in September/October 2019. 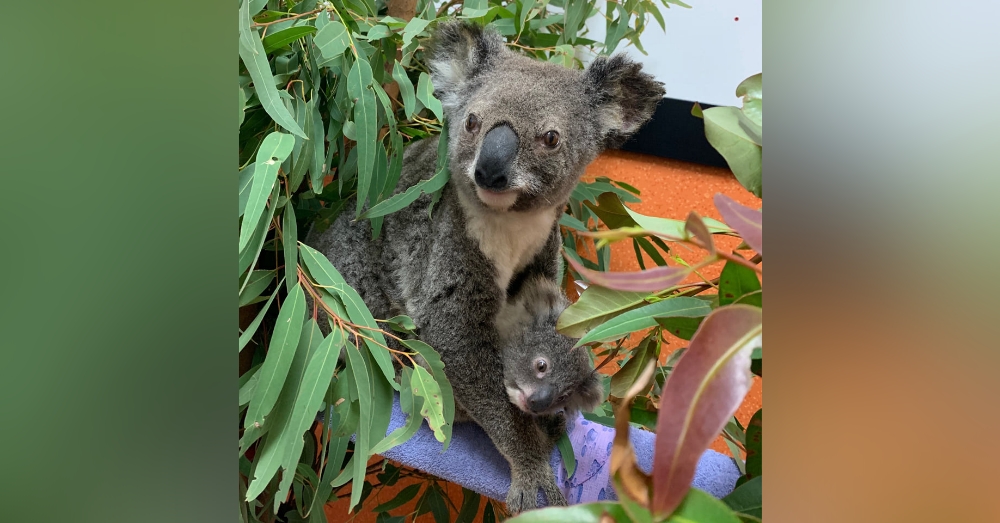 After three months of treatment, both koalas are recovering well and almost ready to be released back into the wild – but their original habitat has been totally destroyed. “We’ve been able to rescue them, medically treat them and help them get back to health,” says Maier, “but now we’ve got nowhere to go and release them.” Complicating matters is that koalas possess a strong homing instincts, which leaves rescuers wary of releasing rehabilitated koalas who may get struck by cars or attacked by dogs as they hop along the ground, searching for their former homes.

Other wildfire survivors were injured to such a degree that rescuers wonder if they’ll ever be able to re-enter the wild. One such patient is Phoenix, an eastern gray kangaroo rescued from Toowoomba, an inland town 78 miles west of Brisbane. 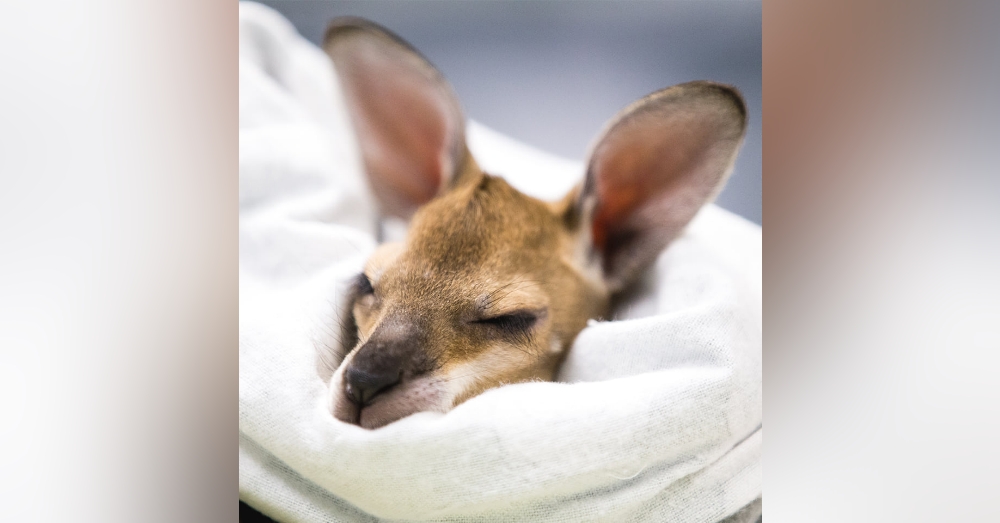 “All of its paws were burnt so bad that it wasn’t able to hop,” Maier said, recalling how rescuers found the little kangaroo stranded by himself in a decimated forest. Months later, Phoenix’s burns have healed nicely, but his long nails — an essential component of kangaroo survival – remain underdeveloped. “So the fear we have for little Phoenix at the moment is if those nails don’t grow back, will he actually be helpless in the wild again anyway?” he wonders.

Regardless, this 24-hour, non-profit operation does whatever it can for these wildfire survivors: dispatching animal ambulances to round up injured wildlife, running a rescue hotline that fields 6,000 calls per week, and using fresh leaves (and occasionally ladders and cherry-pickers) to coax hungry koalas out of charred trees, sometimes waiting days for animals to climb down. 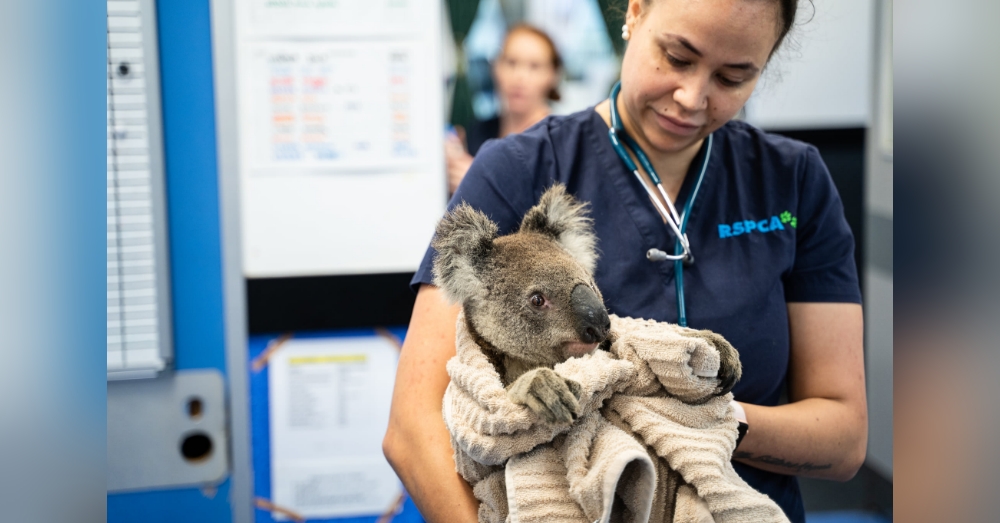 This year, about 27,000 injured animals — a mix of kangaroos, koalas, possums, kookaburras, birds, owls, reptiles, snakes, and other native species — will pass through RSPCA Qld’s two treatment facilities, which include a primary animal hospital in Brisbane and a wildlife sanctuary on the Sunshine Coast. Between the two locations, RSPCA Qld cares for more animals than any other wildlife hospital in the Southern Hemisphere.

Even so, staff is struggling to cope with the deluge of wildfire victims, which have left rescuers treating 25,000 animals in a hospital originally built for just 8,000 patients. The growing intake also includes a 300 percent surge in koalas, which have been particularly affected by the blaze. 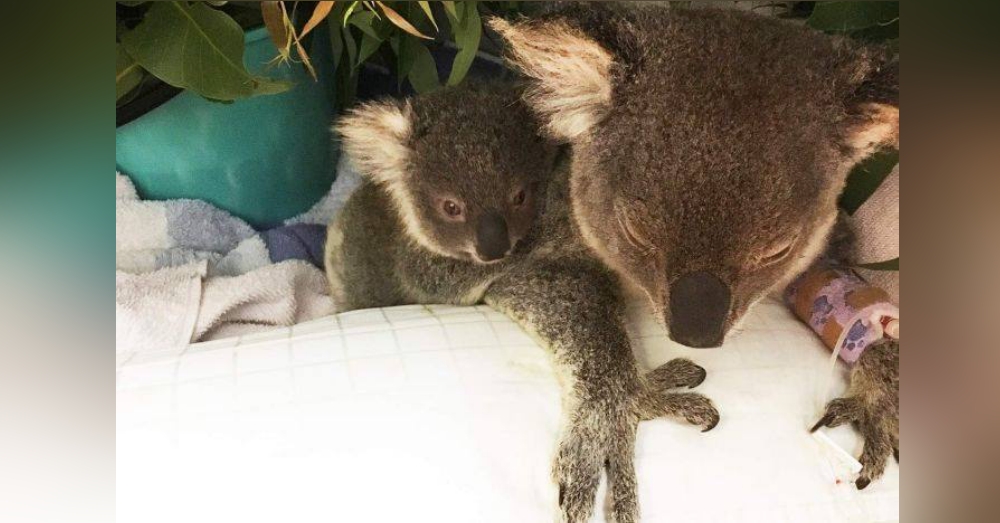 “We went from just under 100 to just under 300 koalas year on year,” Maier said of his booming marsupial ward, which currently counts 100 victims suffering from burns, drought impact, smoke inhalation, and/or recent homelessness. “This has allowed us to find them and pick them up,” he said, “but wherever they come from, they still need an awful lot of help.”

Complicating matters is that — unlike previous bushfires, which are usually quickly contained – the widespread destruction has left rehabilitated animals, like Ainsley and Rupert, without any home to return to, dramatically increasing the cost of their care. Previous bushfire victims were treated for burns and smoke inhalation within 3 months, at a cost of AU$2,500 [about US$1,700] per koala, but – without anywhere else to go to – rescued koalas will likely stay in hospital for 6-12 months or longer. 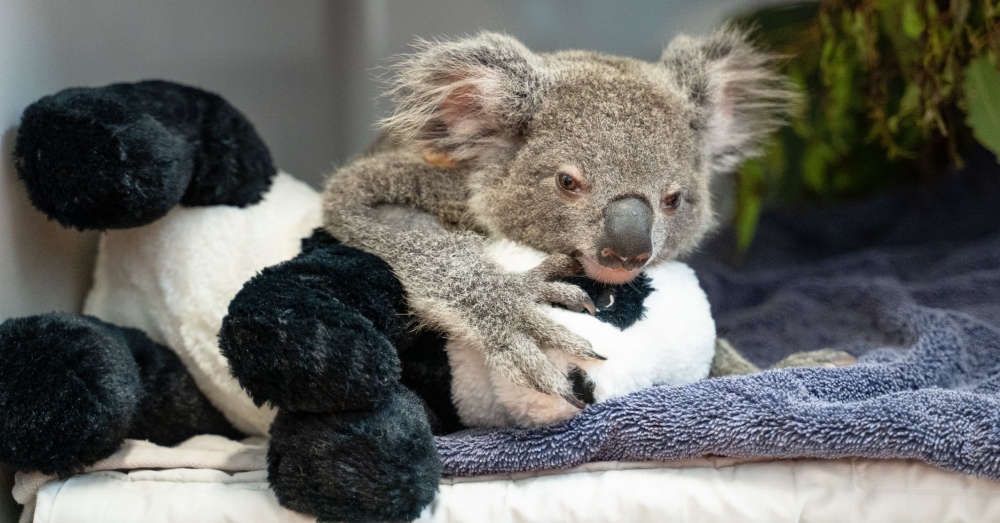 One idea is a creating a series of fenced-in “koala kindys,” or kindergartens, where rescued koalas can practice their climbing and other koala behaviors on planted eucalyptus trees while waiting for their natural habitat to heal. Meanwhile, rescuers remain grateful for the global outpouring of support that’s helped RSPCA Qld achieve its vital work. 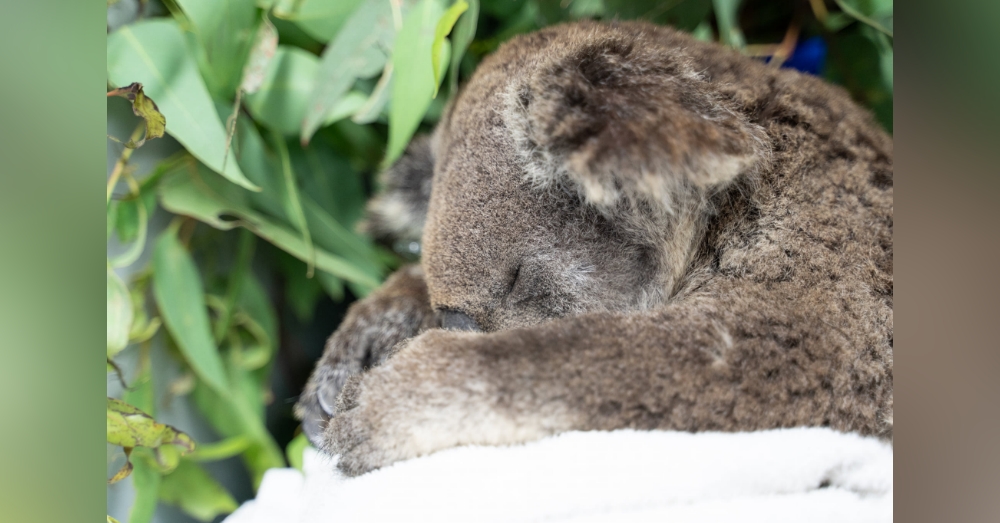 This rapid response also wouldn’t be possible without our readers and shoppers at the GreaterGood family of websites, whose support has helped us raise US$35,000 [over $50,000 Australian dollars) to fund RSPCA Qld’s wildlife rehabilitation efforts. Your daily clicks and shopping on The Animal Rescue Site, The Rainforest Site, and other GreaterGood websites have helped RSPCA Qld rescue and rehabilitate 20 koalas from Australia’s ongoing wildfire devastation!

You can help even more by purchasing one of our Gifts That Give More, which donate directly to RSPCA Qld’s lifesaving efforts, allowing them to rescue and rehabilitate even more animals affected by these deadly fires. Thank you for your support!