No one will ever think as highly of us as our dogs. To them, we are absolutely everything. Their love for us is truly an unconditional kind of love. While most of us would never dream of abusing that bond we share with our pets there are others out there who blatantly don’t care. This means that some owners neglect and treat their dogs like they don’t matter.

One unfortunate pup in Nikolaevka, Bulgaria was abandoned by her supposed “family.” Athena was a senior dog who’d spent most of her life with them. They were the only life she knew. The pup had to find out the hard way that after many years her owners felt absolutely no loyalty towards her. 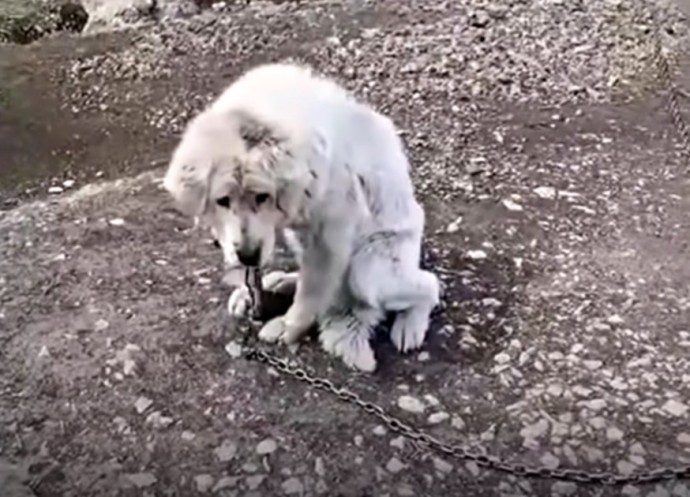 The faithful pooch gave her family the best years of her life only to be chucked aside during a move. The family left Athena behind when they went to live in a different home. The callousness deeply impacted the dog.

Not only was the older dog heartbroken, but she was also terrified of being alone. On top of everything, Athena was unable to go anywhere since the people had left her chained in the yard with a very weighted collar around her neck. 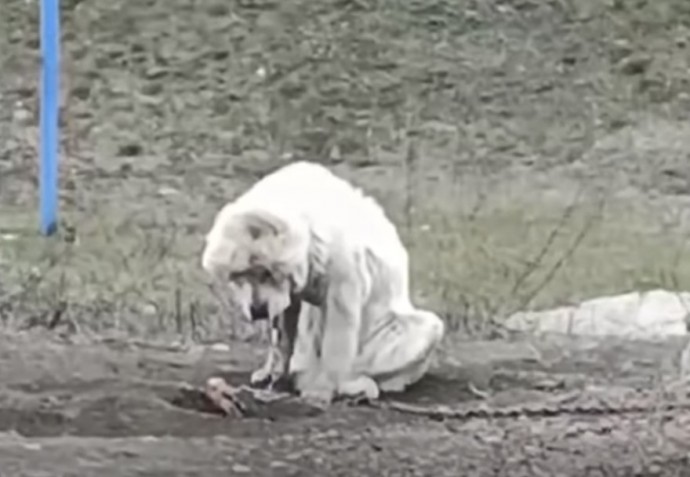 All the poor dog could do was sit beside the road and hope that one of the passing cars would take pity on her. Athena looked completely dejected. It soon got around to a volunteer with a local dog rescue that there was a sad-looking older dog in need of assistance.

Laurica Nagel was the one to arrive at the scene. She was horrified to see the sight that greeted her: a chained-up Athena with her head hung down in shame. The depressed dog had managed to survive off scraps tossed to her by truckers but she was still extremely malnourished and weak. Her fur coat was riddled with fleas and ticks. She’d even lost vision in one of her eyes. 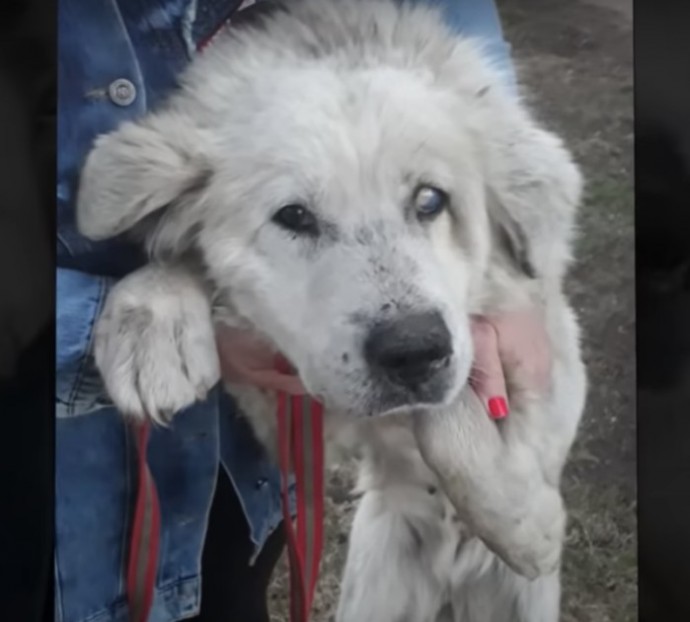 Nagel immediately got her to the rescue center for help. There, Athena received food and medical treatment as well as a much-needed bath. But more than anything, she was able to receive the love and compassion that she deserved.

As Athena began her recovery, the staff at the shelter then began to worry about how they were going to manage to get her a new home. They were already aware that older dogs have a harder time finding forever homes because most people are interested in puppies.

The shelter staff didn’t have to worry about Athena. The older dog got lucky after a family saw her picture on social media and decided to pay her a visit. They decided that they wanted her to be a part of their family. Her new owners were impressed by Athena’s desire to overcome the challenges in her life. 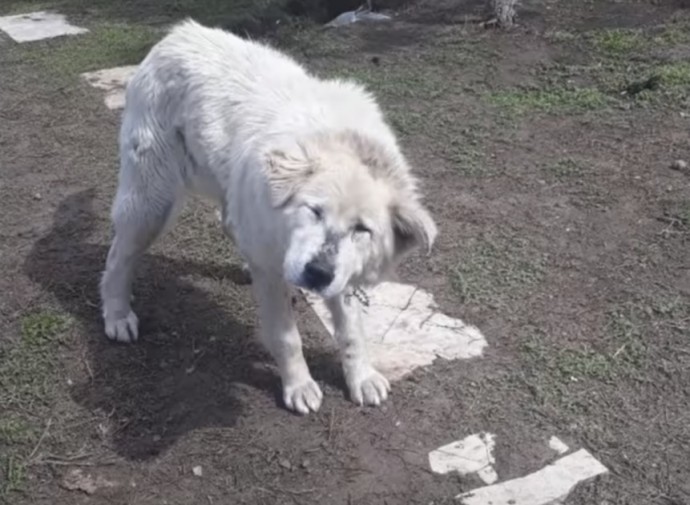 Rather than seeing Athena as a burden, her new family saw her for the gentle and loving dog that she is. They were not about to turn their backs on her the way that her previous owners had. They welcomed her into their family with open arms.

Every single dog deserves to be loved. And all dogs are a life-long commitment which we should not take lightly. We all need to remember that when we take on a dog we are agreeing to a whole life of care for our pet. They deserve us to give them our best because that is exactly what they bring to us.