Dogs are part of the family and when they go missing, everyone comes together to find them and bring them home.

Two Great Pyrenees farm dogs went missing right before a big rain storm that flooded most of the surrounding area. Their worried mother gathered her family and friends and went looking for her beloved dogs. Two days later, the pair was found stranded in the middle of a flooded creek with down trees all around them. 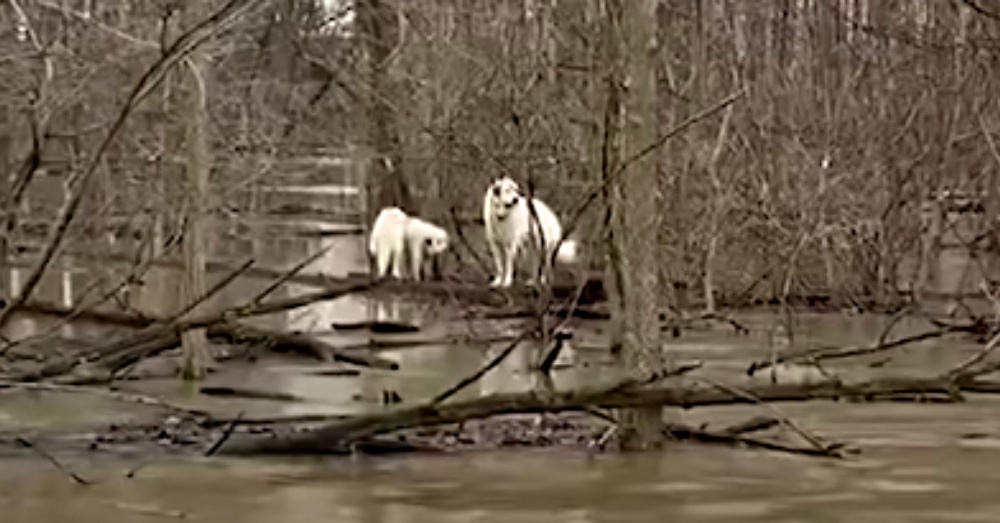 The large dogs found a small patch of dry area to stand on but were surrounded by deep water. Friends arrived with a boat and started to make their way towards the dogs. One of the dogs named Charlie was barking to their mom who was waiting on the river bank. She kept talking to the dogs to reassure them that help was on the way. 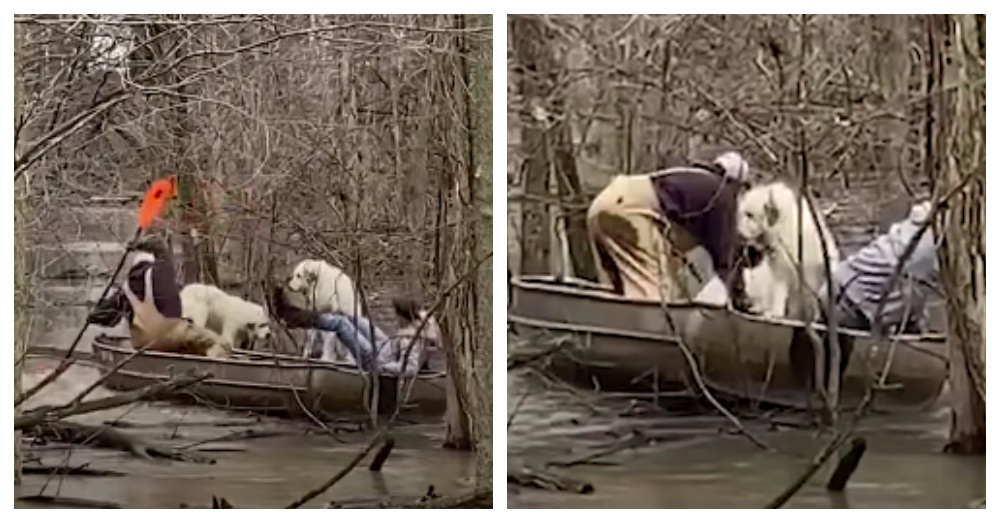 After removing down tree limbs and maneuvering the boat around other debris, the rescuers finally reached the dogs. However, the next obstacle was getting the massive dogs into the boat safely. Their mom and others tried to coax them in by calling their names, but the dogs were unsure of the boat.

Someone said that if Libby, the other dog, got in the boat first that Charlie would follow. Also, Libby was lighter of the two and should be easier to lift in the boat. Libby managed to get in the boat with just a little help, but Charlie slipped and started to fall in the water. 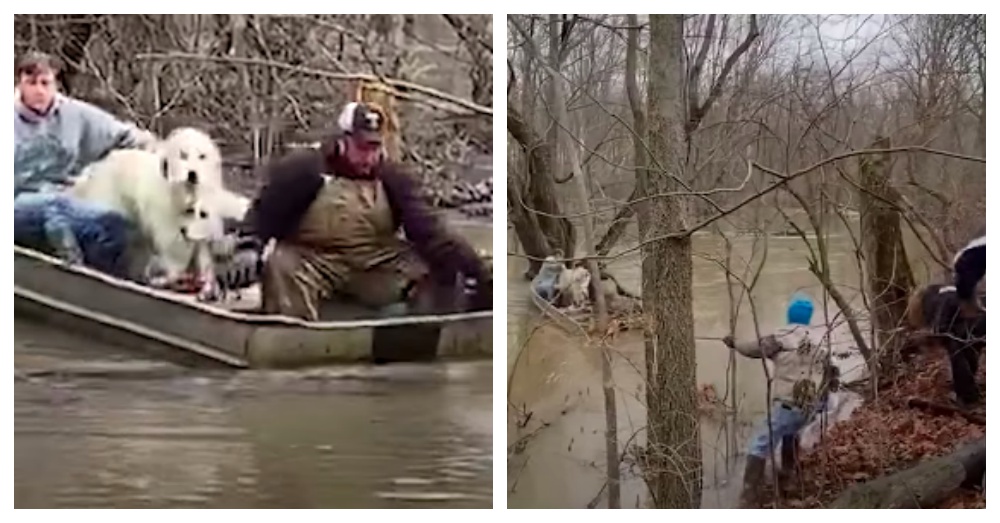 Thankfully, one of the men grabbed him and managed to pull him in the boat. Once the dogs were safely inside the boat, everyone on shore began to pull the boat in using a rope and 4×4 vehicle. 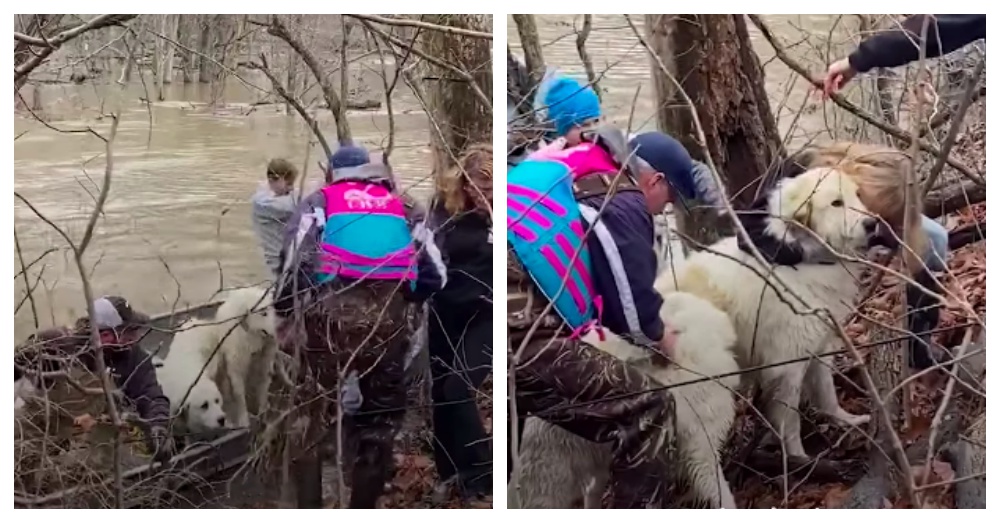 At last, the dogs reached solid ground and were greeted with hugs and happy tears from their mother. The rescue video went viral with over 2 million views. People praised the rescuers and one said what we all were thinking, “Scary! But such a sweet ending. I’m glad those sweet fur babies were saved and no one else was injured. Awesome!” Another wrote, “Was I the only one yelling ‘get on the boat Charlie!'”