How many of us have looked at our pets and thought, “it must be nice to have their life?” I think it’s safe to say that all of us have at some point. I mean, they do have it pretty good. They get to sleep all day, eat whenever they want, have fun outings, and never have to worry about a bill, mortgage or rent payment, or any sort of responsibility. If we could switch places with our pets I’m sure most of us might consider it.

And one owner decided that he was going to imitate his dog and take a nap on his dog’s bed. Sounds comfy, right? Well, unfortunately for the owner, his Great Dane was not happy about his decision.

The Great Dane, known as Henry, made the executive decision that his owner’s midday nap on his bed was just not acceptable. The adorable Great Dane decided that he was going to take a stand and put up a protest – not letting his owner sleep. Henry kept pawing at his owner, even going as far as barking at him to convey his annoyance as to where his owner was sleeping.

When his owner did not budge, Henry continued – consistently pawing, barking, and nudging him along. Eventually, Henry’s owner either got the hint or got annoyed, and decided to pick a new spot to nap. 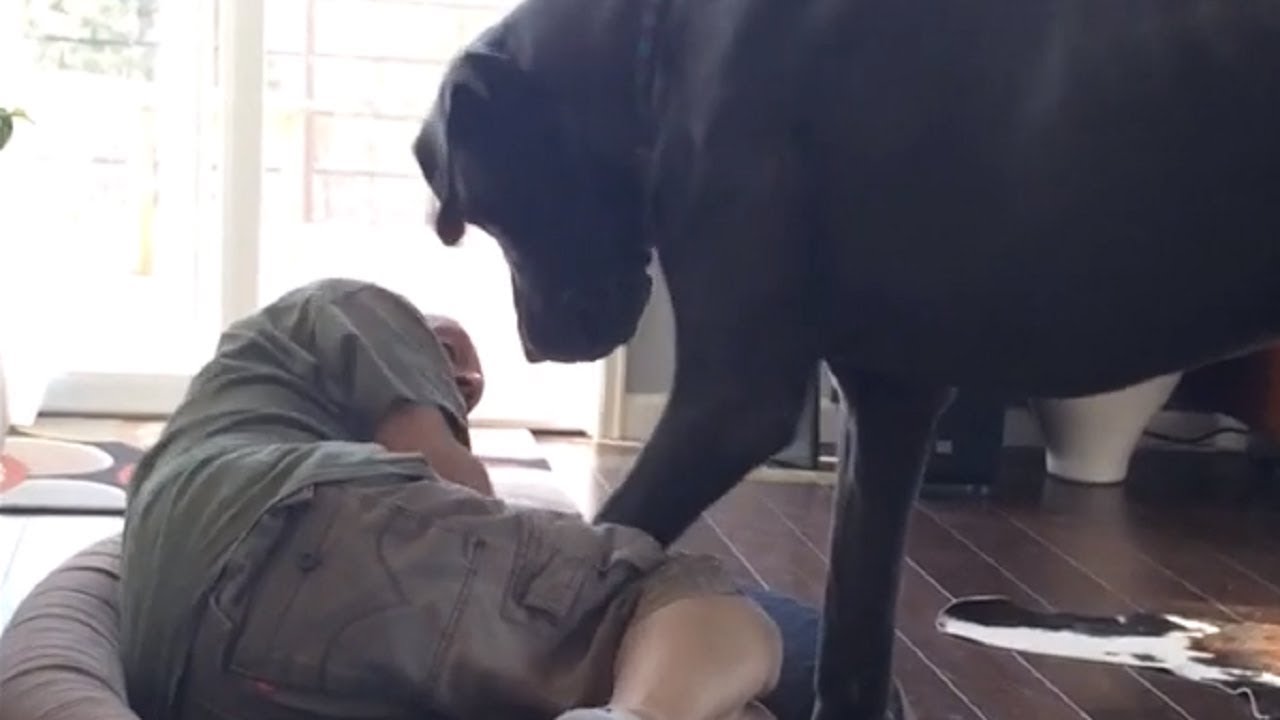 But, he didn’t move before trying to work out a final deal with the dog. Henry’s owner tried to smooth things over by offering to share the space with Henry, but that’s not what Henry had in mind. The two ended up sharing an adorable repartee between them.

How many dog owners can relate to this? Let us know!

Watch the video of Henry protesting below: