No matter how much you might prepare for it, parenthood is always a crash course in learning how to care for another human being.

Fortunately, there are those of us who have our parents to turn to for help when the journey of parenthood is looming before us.

And one grandpa-to-be went viral for the comical video in which he shows his son how to properly bath a newborn. But what made the video so funny was the fact that the man used a cat as his demonstration buddy. 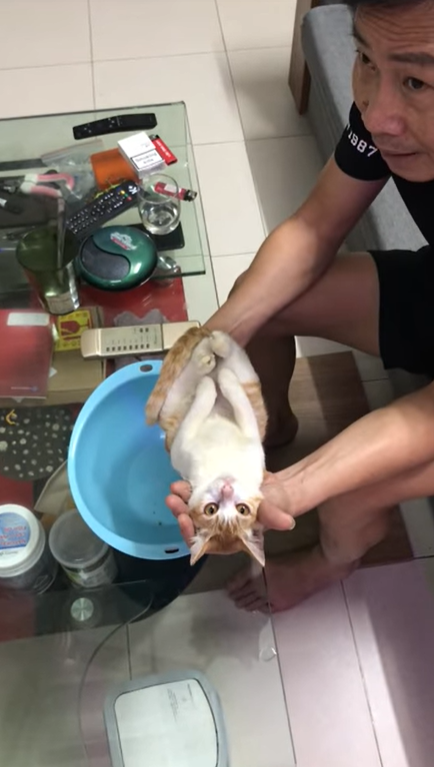 The Vietnamese grandpa was helping his son, Vinh Quang Phạm, prepare for the future of fatherhood by showing him the process of how to bathe a newborn baby. Instead of using a doll or real baby, the grandpa used his cat. And surprisingly, the little orange and white feline was very relaxed and calm throughout the entire thing.

Phạm filmed his dad as he gave his demo. In the video, the grandpa-to-be explained in Vietnamese, “Hold the neck, then put your hands on the butt cheeks, that will give you a better grip. Hold his butt and put him down in the basin.” He placed an emphasis on making sure that the baby’s head was supported the entire time. And while his explanation of the newborn bathing routine was quite informative, it really was the little cat who stole the show. 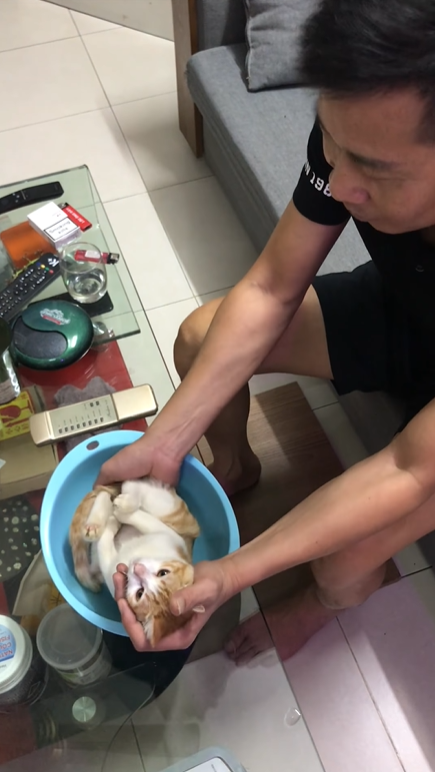 As the grandpa continued his demo, he showed how to clean a baby’s head. And the little kitty seemed to be thoroughly enjoying the experience as the grandpa gently massaged his head and rinsed it with imaginary water. Based on the footage, it’s hard to tell who benefited more from this experience: Vinh Quang Pham or the cat.

According to the Daily Star, the video was shared to Facebook by Pham and shortly after sharing, it has accumulated more than 49,000 likes and 12,000 comments. The comments varied between people who shared their own baby practice experiences using their own pets, as well as observations as to how calm the cat is during the whole thing.

What do you think of the little cat? Let us know!