This has been a difficult year for seniors, who certainly didn’t expect a pandemic to disrupt their final year of high school. But one high school graduate’s mom found a safe and heartwarming way to commemorate this important occasion. After his graduation ceremony was cancelled, New Hampshire mother Corie Bliss asked her 18-year-old son, Dylan, to put on his cap and gown and pose with their rescued dog, Ruger, who has been by her son’s side since he entered first grade.

“We try to bring him with us everywhere,” Corie Bliss told The Dodo, explaining how Ruger, who was adopted 10+ years ago as a puppy. “He’s super loyal and loves his family.” 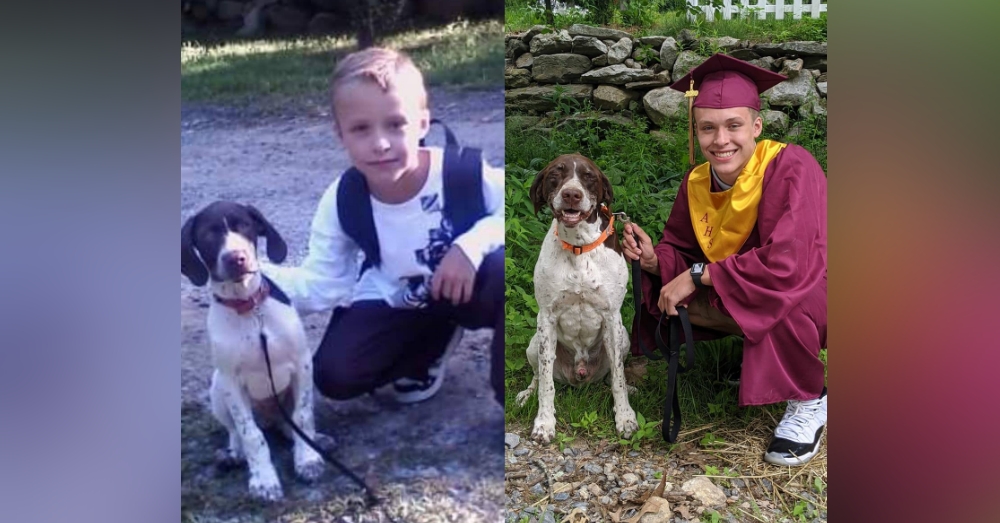 Corie got the idea making this now-and-then tribute after stumbling across old photos of Ruger, who grew up with Dylan and helped celebrate all her son’s major milestones. “I was looking at old pics and came across Dylan’s first day of first grade pic with Ruger, when Ruger was a puppy,” Bliss said. “I wanted to recreate the picture the night of his high school graduation.”

But creating the keepsake also unleashed a flood of memories, says Corie, who admitted to crying as she put the photos together. The memento is especially poignant because Ruger has been diagnosed with terminal cancer, and doctors only give the old dog a few months to live. 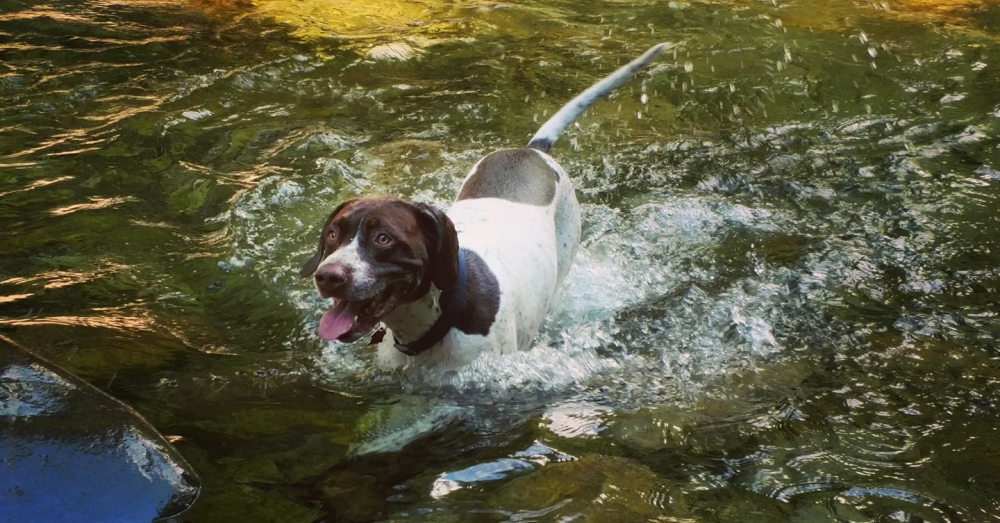 “Came home after shedding some serious tears learning that Ruger’s cancer is back and in full force,” Carrie Bliss wrote on Facebook. “He was so happy to greet his momma, as he does Every. Single. Day when I got home with the bad news. After speaking with his oncologist, I learned that most likely he only has 3-6 months. He’s feeling good right now, so we plan to be living life to the fullest! My heart is completely broken, but grateful to have some time left with my baby.” 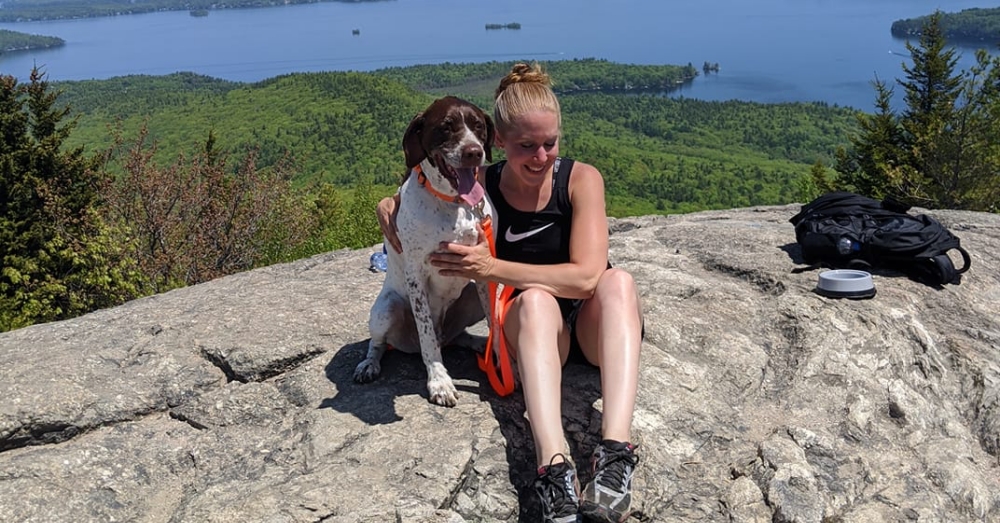 Of course, both mother and son are grateful for all of the memories they’ve already made with the loyal dog, and plan to make the most of whatever time they have left together. “Having Ruger with me throughout school was great,” Dylan Bliss told The Dodo. “No matter what grade I was in, I always have memories of coming home and getting greeted by Ruger at the door.”