A family is back in their home, lucky to be alive thanks to their heroic cat named Grace. The eight-year-old cat was sleeping with her humans, Annette and Kevin Shanahan, when something just didn’t seem right for the feline. “Gracie started pounding at the door. She was really pounding. Our house is 120 years old so the door rattles,” Annette told ABC News. The pounding woke up Kevin, where he was feeling sick and heard the rattling, too. Gracie making any noise during the night was unusual because she doesn’t sleep in their room, and is almost always quiet. “My husband went and looked to see if our children were home. But I couldn’t stand up. I was thinking in my head I was having a heart attack. I slid down on my side down the stairs and he had gotten my cellphone to call our children to find out where they were.” 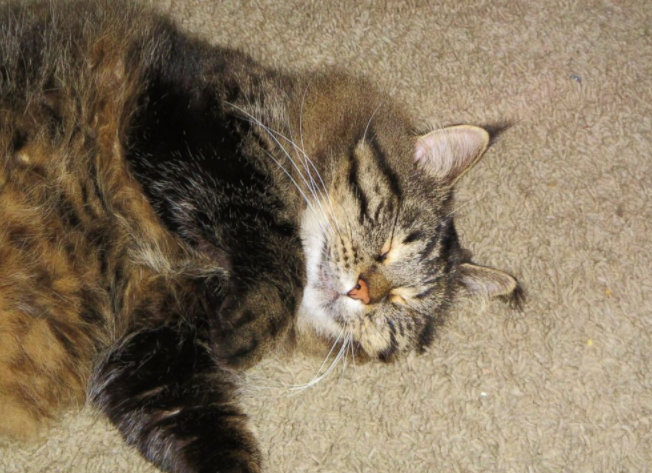 After Kevin called one of his children, the son noticed his father’s impaired speech as well. After they called 911 and emergency crews came, they were shocked to find out the house contained lethal amounts of carbon monoxide. Kevin admitted that he hasn’t changed his carbon monoxide detector in fifteen years, when you’re really supposed to change it every five. The family recently welcomed in another cat to their family, and they’re happy they saw the day when the two got to meet. Annette told ABC News that “We were definitely saved by Grace. Saved by Gracie.”