Usually, birds of a feather flock together, or at least that’s how the old saying goes. But in Ape Action Africa’s Mefou Primate Sanctuary in Cameroon, a 400-pound gorilla named Bobo has befriended the most unlikely playmate. 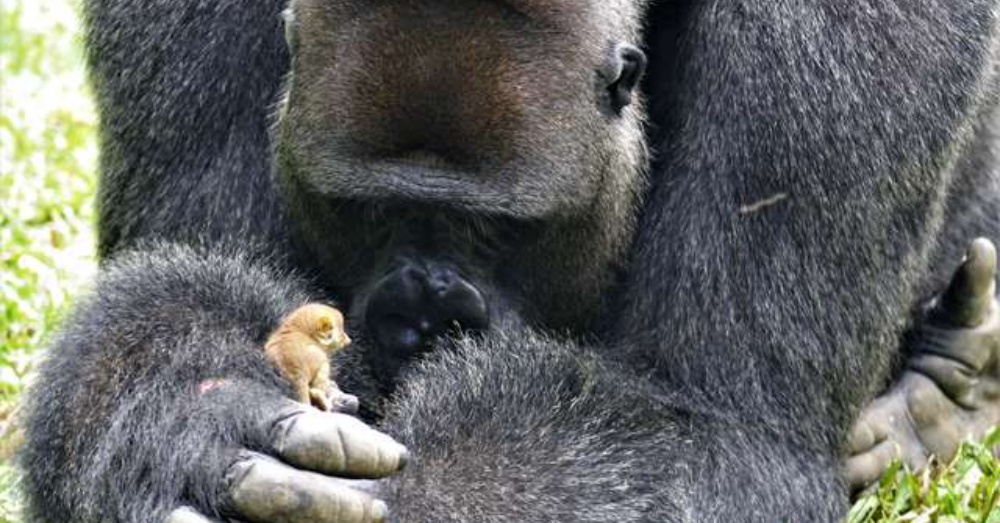 Like the rest of Mefou’s 300 residents, Bobo has been rescued from the unbridled poaching in this area. Not only does Ape Action Africa help keep Bobo and his primate counterparts happy and safe, they hope to stem the rampant deforestation affecting this delicate rainforest ecology.

Though Bobo is huge, he’s also a very gentle creature, despite arriving at the shelter as a 2-year-old orphan. Sadly his mother had been killed, leaving the young animal homeless and without a caretaker at a critical age. 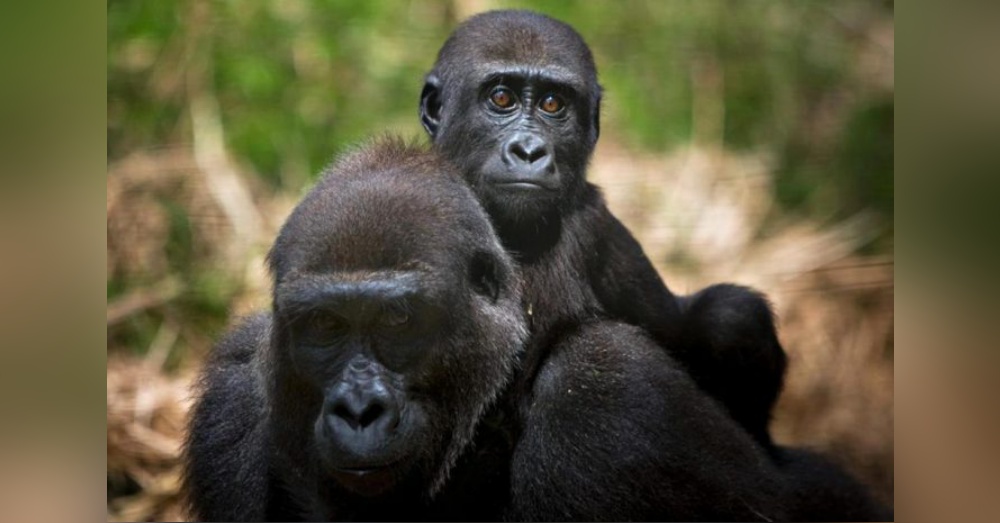 Fortunately, Bobo was able to bond with other gorillas living on site, which helped provide an important familial structure. In time, the rescued primate mated with a female gorilla, Avishag, and they had a son, Eto’o.

Bobo’s reputation as a gentle giant doesn’t mean he doesn’t command the respect of his fellow silverback gorillas, however. Everybody there knows he’s their undisputed leader! Part of his leadership stems from his underlying good nature, which even extends to other — and much smaller — species. 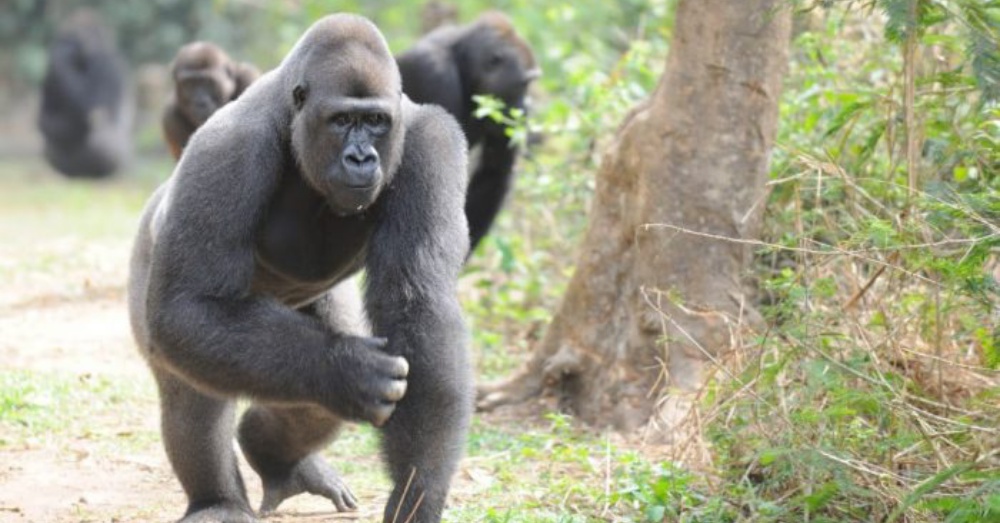 Bobo’s new friend is actually a bush baby, a tree-dwelling primate weighing only a single pound, which initially seems like a strange choice for a gorilla of Bobo’s size.

Regardless, the sanctuary is thrilled by this budding friendship, which has included the massive gorilla gently cradling the smaller creature, which is about as large as his finger. Staff has also seen the gorilla using his body to fending off other primates in the sanctuary, seemingly to play with his new friend alone. 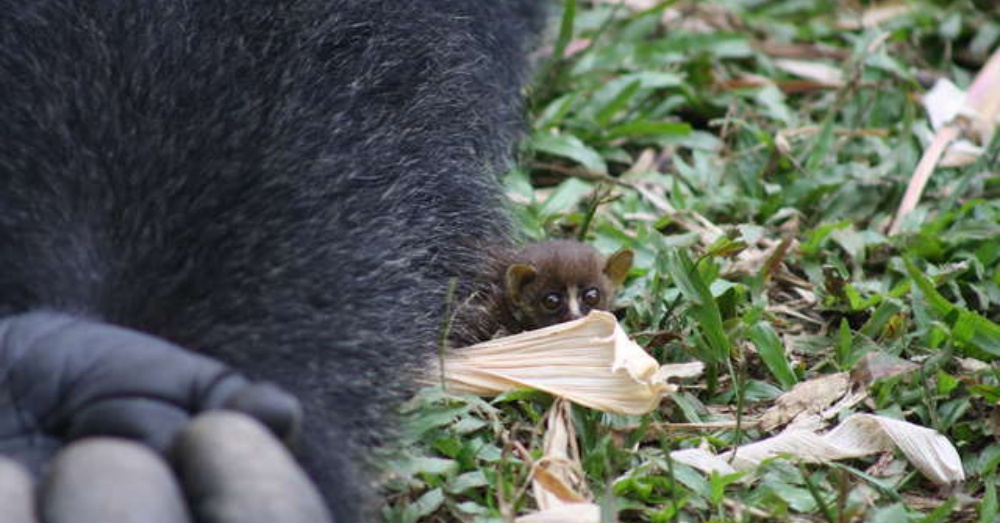 “Our silverback gorilla Bobo made a surprising new friend this week – a wild bush baby!” the sanctuary posted on Facebook. “Caregivers discovered him cradling the tiny primate during their morning checks, and were amazed to see him handling it with the utmost care.”

Ape Action Africa also noted how how rare it is to see a bush baby playing during the day, considering that the tiny animal generally prefers to sleep during the day.

“Bush babies are usually nocturnal, so it is very rare to see one, and even rarer to witness this kind of interaction,” the sanctuary posted on Facebook. “The little bush baby was happy to play in Bobo’s arms, hopping off to explore the grass nearby, before returning to Bobo’s hand.”