A young boy was recording himself fixing up his bike in the yard, when his golden retriever got tired of waiting for attention and took matters into his own paws!

While the boy starts working on his bike, the golden roams around. 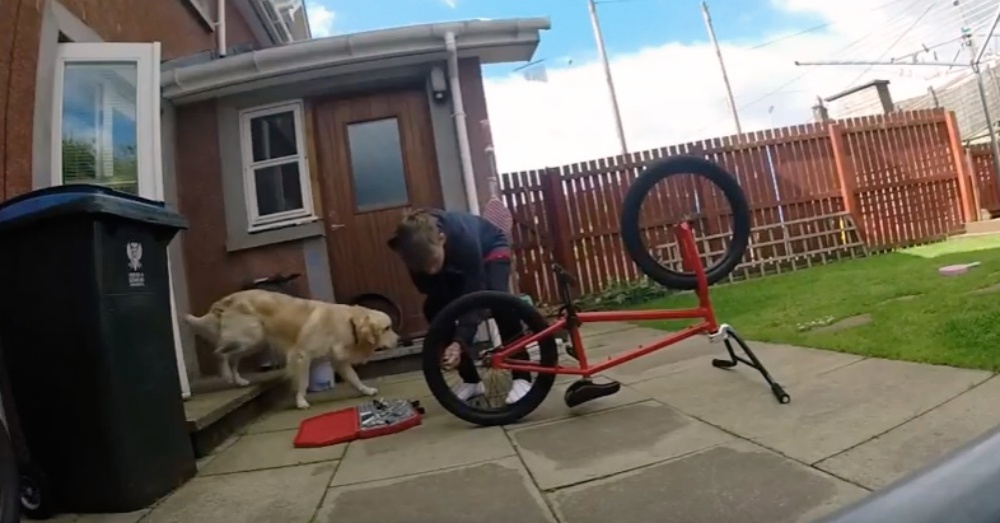 He patiently waits behind his human for pets but doesn’t get any, so he ambles back inside.

Then he’s back outside. Again he comes up to his human, standing right in front of his bike but not being pushy! No, he’s being very nice and patient. 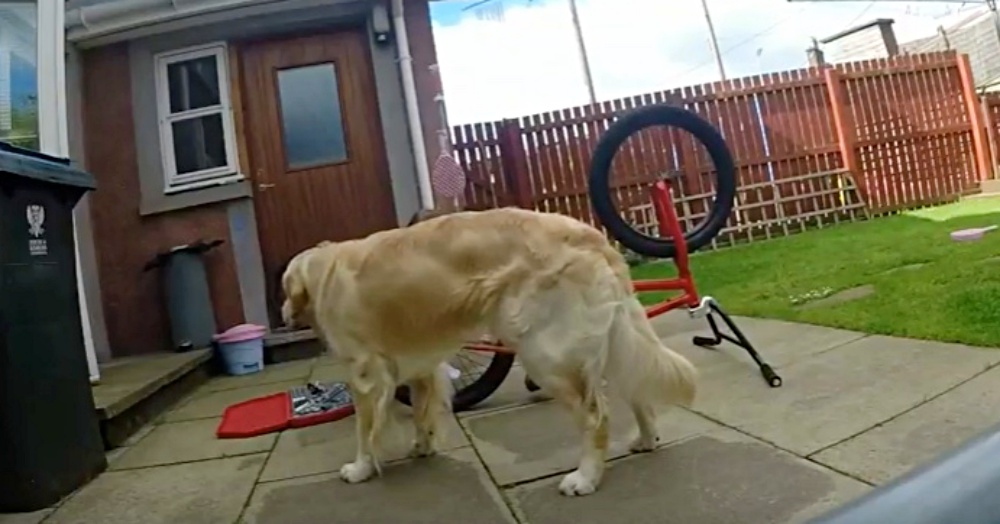 His patience doesn’t pay off, and then he spots a plastic racket in the grass. Ahh, the perfect way to pass the time, and hopefully a way to get his human’s attention! 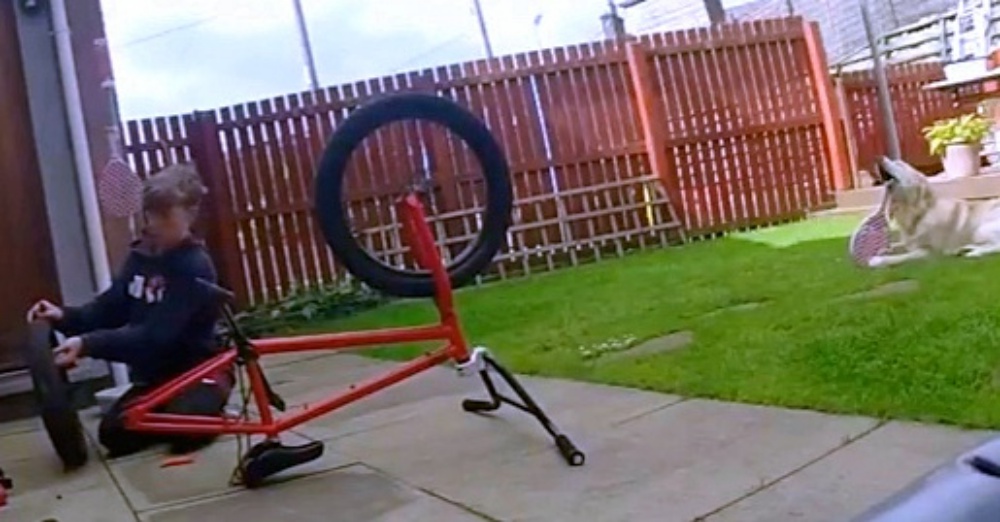 He gnaws the handle for a while, and then it plops to the ground. He stares at his human, willing him to turn away from his bike and see how naughty and cute he is in the grass. 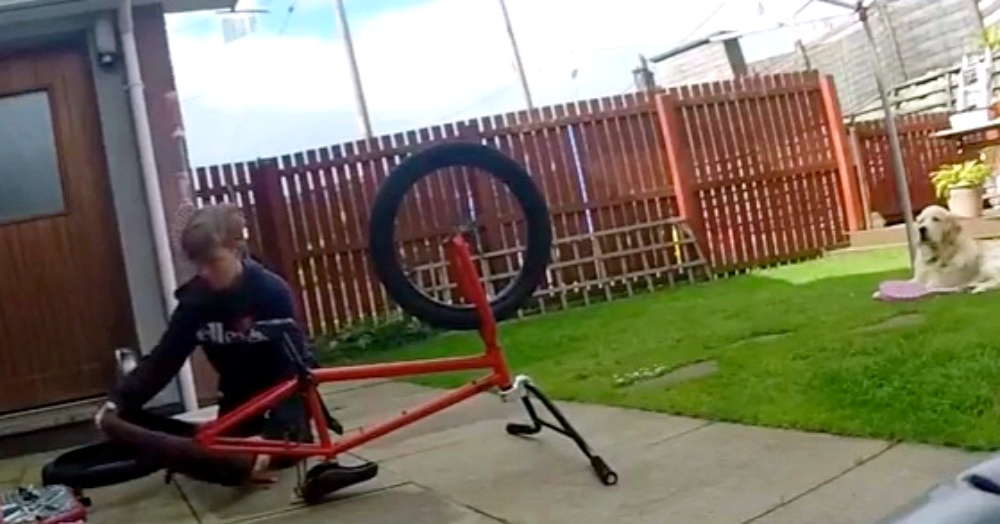 Back to chewing on the racket, which is still fun! He rolls on his back, paws straight in the air, mouthing his new toy. 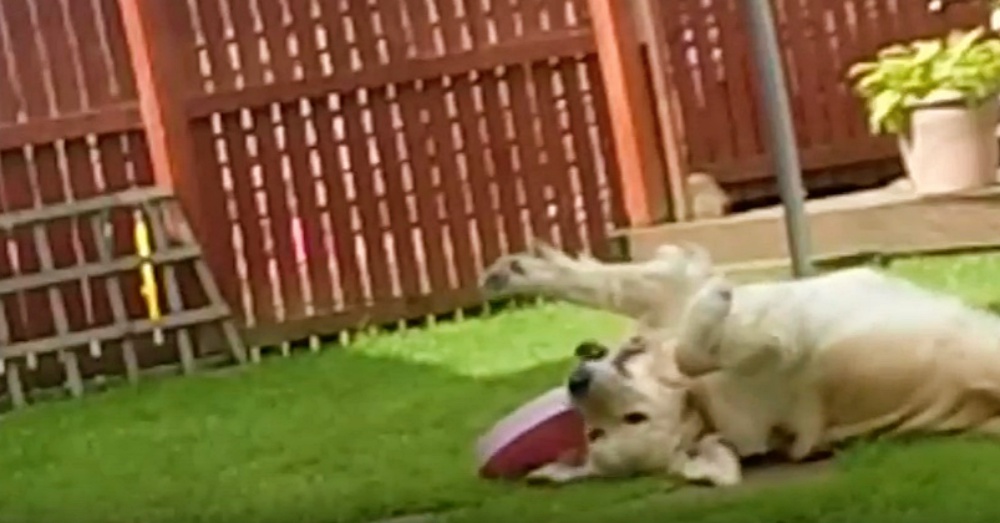 But then he tires of it again. He goes and stands behind his human, then heads inside to hatch his master plan to get more attention! 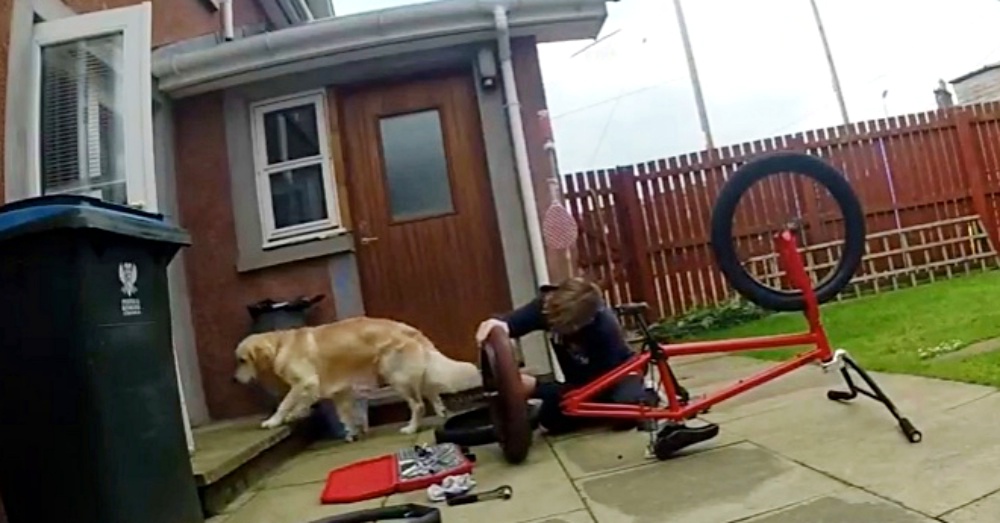 He emerges from the house again, and casually sniffs at the tools and tire on the ground. 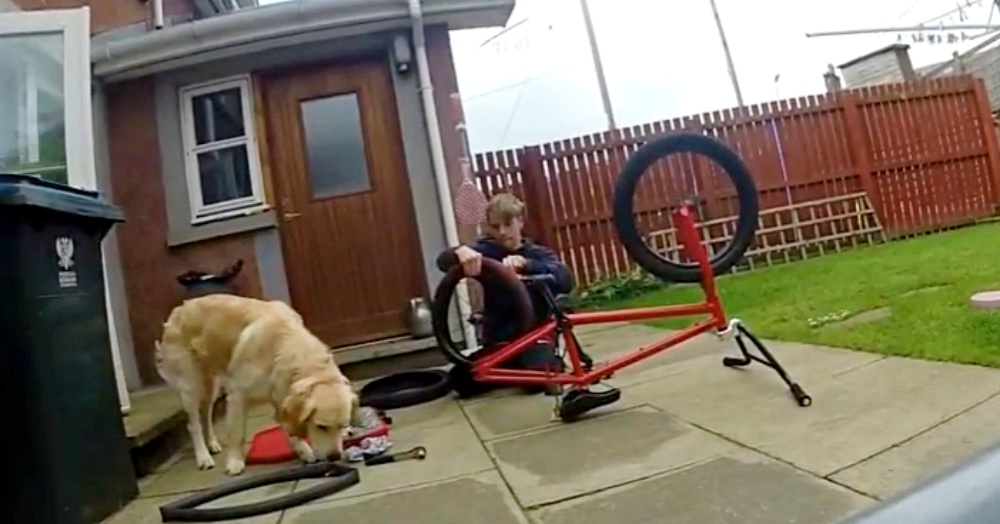 Then he spots something funny-looking… 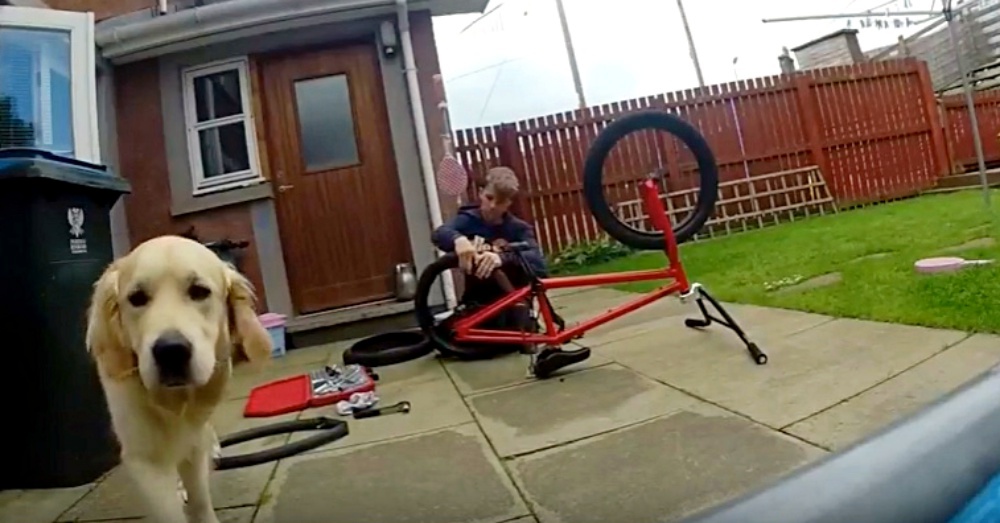 He meanders over to the GoPro camera. New toy! 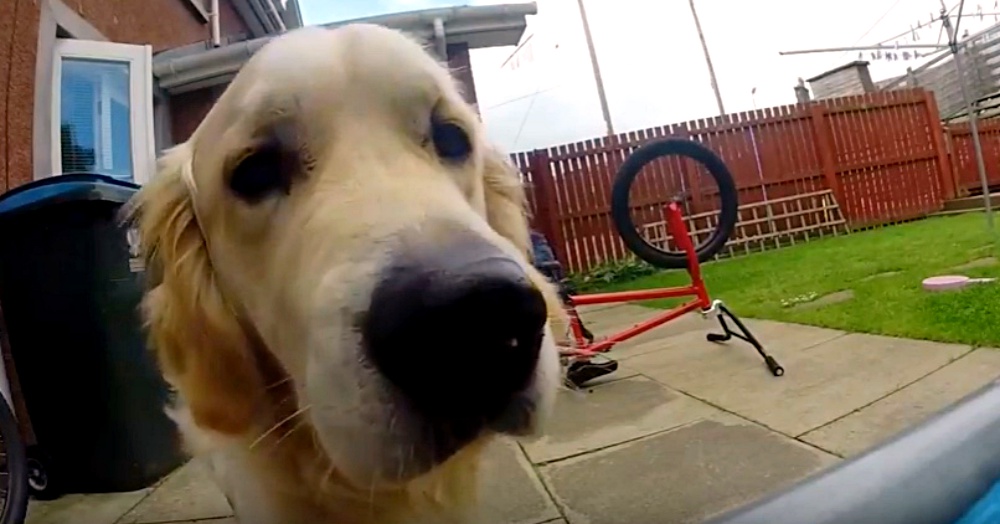 Into his mouth it goes! 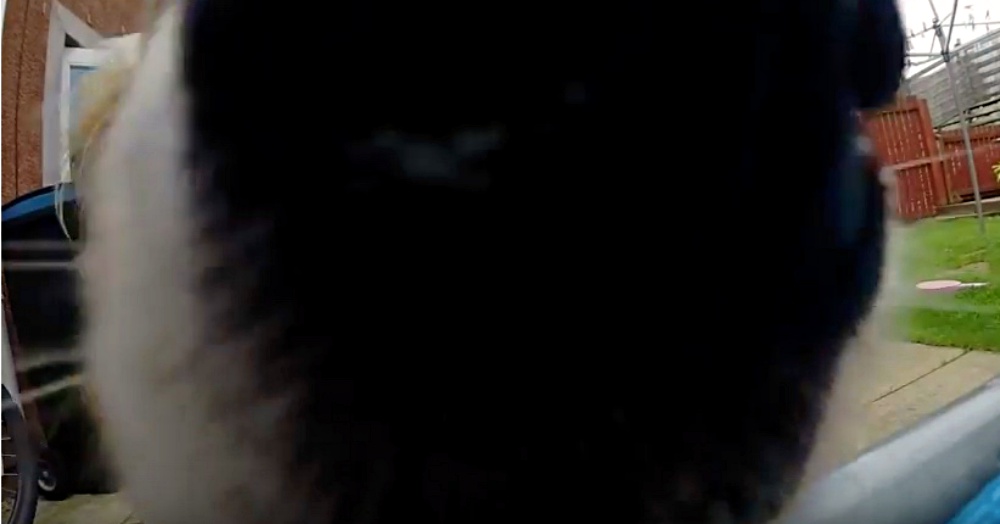 Finally, finally, his human pays attention to him!

But also takes away his toy. Sad day.

Watch the video to see this adorable golden in action!

Seal Slaps Kayaker In The Face With Octopus, Equipped Colleague Captures The Video With A GoPro: Click “Next” below!