Hope For Paws received a call regarding two stray pit bull brothers who had been living on the streets.

When rescuers arrived, the dogs were wandering around in the middle of the road, so they used pieces of cheeseburger to coax them toward the sidewalk so they wouldn’t get hit by a car. 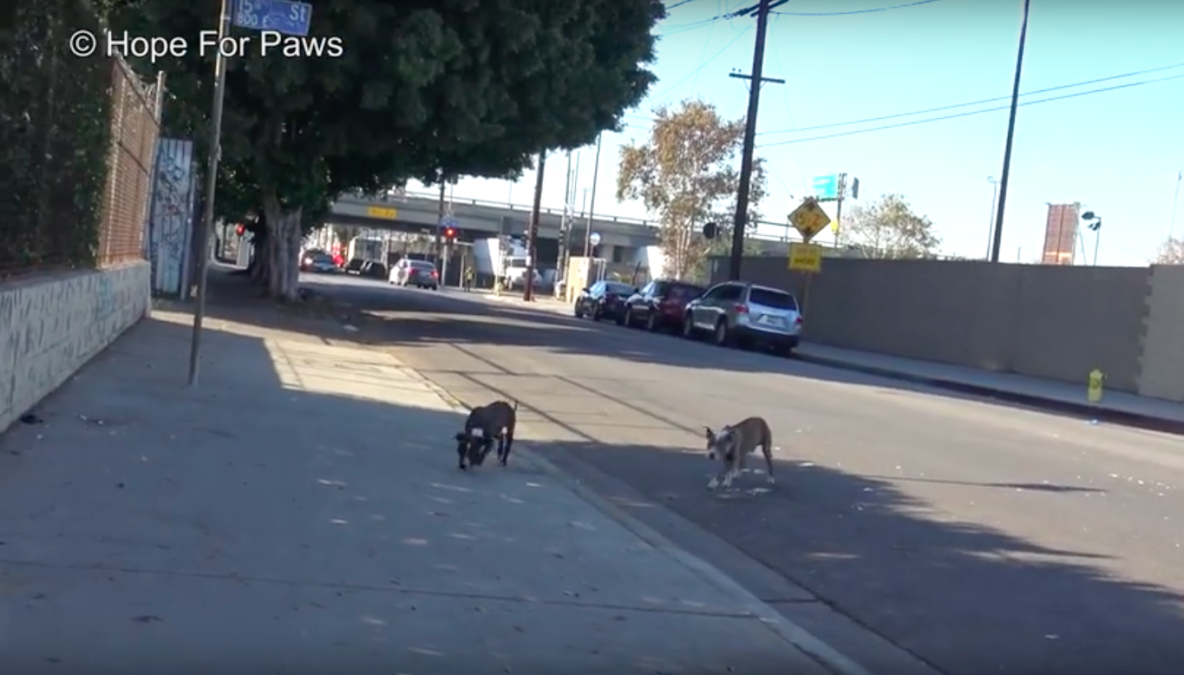 The pups followed them into a parking lot, and the owners of the lot quickly closed the fence behind them so they couldn’t run away. Once the dogs realized they were trapped, they tried to find a way out.

The pups were very nervous, but never got aggressive toward rescuers. You could tell they wanted to take a bite of the cheeseburger, but were reluctant to get close enough to rescuers. 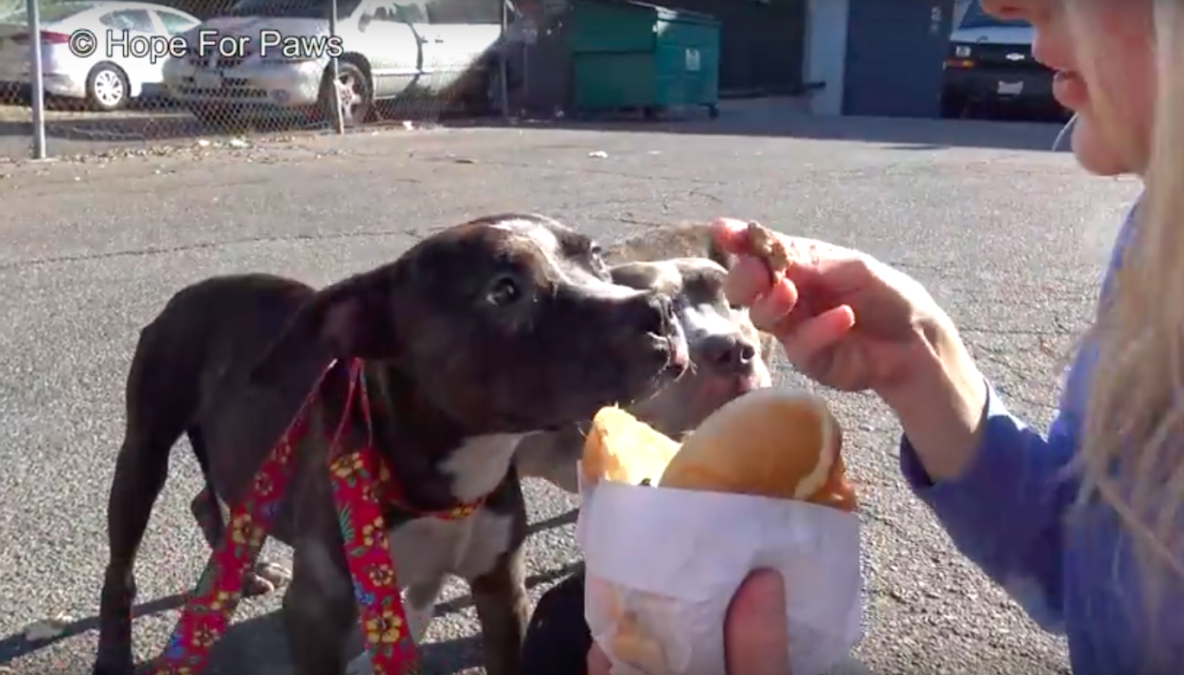 They were finally able to get ahold of both pups long enough to get the leashes around them. Both dogs were very frightened, but stayed calmed and relaxed more when they were together again.

They took some cheeseburger and even allowed rescuers to pet them. They named them Pluto and Goofy and brought them back to their clinic for a medical examination and a much-needed bath.

Pluto and Goofy’s playful, bubbly personalities finally started to show, and the two of them couldn’t stop wagging their tails. They were both so happy to be getting the love and attention they desperately wanted after living alone on the streets. 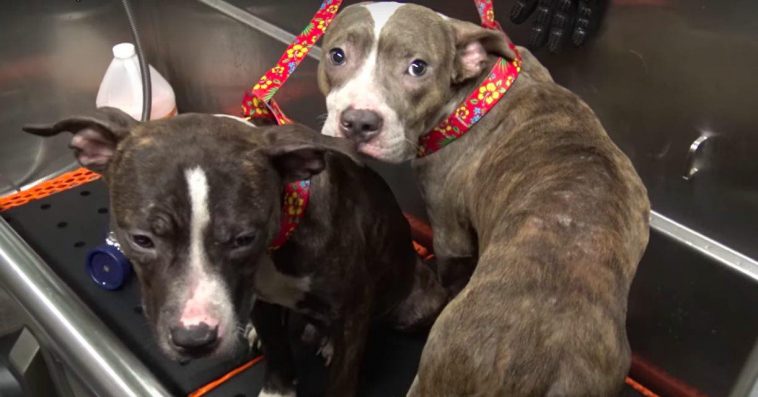 They’re now living in a foster home together and awaiting a loving forever home! If you’re interested in adopting these two sweet pups, contact www.TheLittleRedDog.com.