This Dog Was Left For Dead After Being Hit By A Car, Until A Familiar Friend Came By….

Goldie was living on the streets of India, but was being taken care of by a kind person in his neighborhood. It seemed to be just another day for Goldie, until she was hit by a car.

Goldie was severely injured in the accident and was unable to move from his place on the side of the road. Goldie’s neighborhood friend discovered him after he was hit and immediately called Animal Aid Unlimited, a local rescue organization, for help. 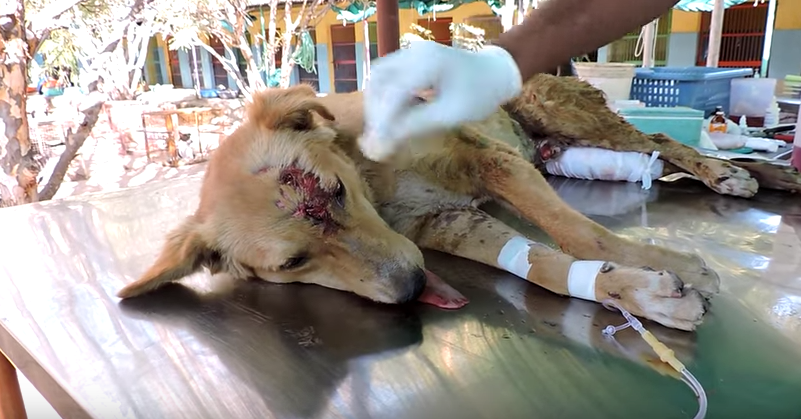 Goldie was in extremely poor condition. The pup seemed stressed, anxious, and worried after all the tragedy he had to endure. But as soon as his rescuers got close to him, he seemed to realize exactly why they were there.

“As soon as our rescuer Nandu approached, he started to wag his tail,” Claire Abrams-Myers of Animal Aid Unlimited told The Dodo. “It seemed like he knew we were there to help and he trusted us.”

They quickly wrapped him up in a blanket and loaded him into their truck to take him to get the help he so desperately needed. 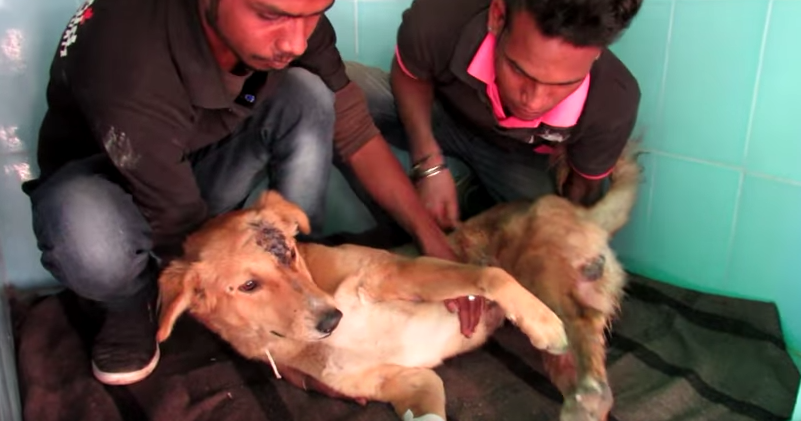 Goldie had lost so much blood, his rescuers needed a ton of help to get this pup back to being stable…..