According to KSNT news, the Topeka Police Department recently welcomed Gracie, an adorable Goldendoodle, onto the force to become the station’s resident therapy dog. 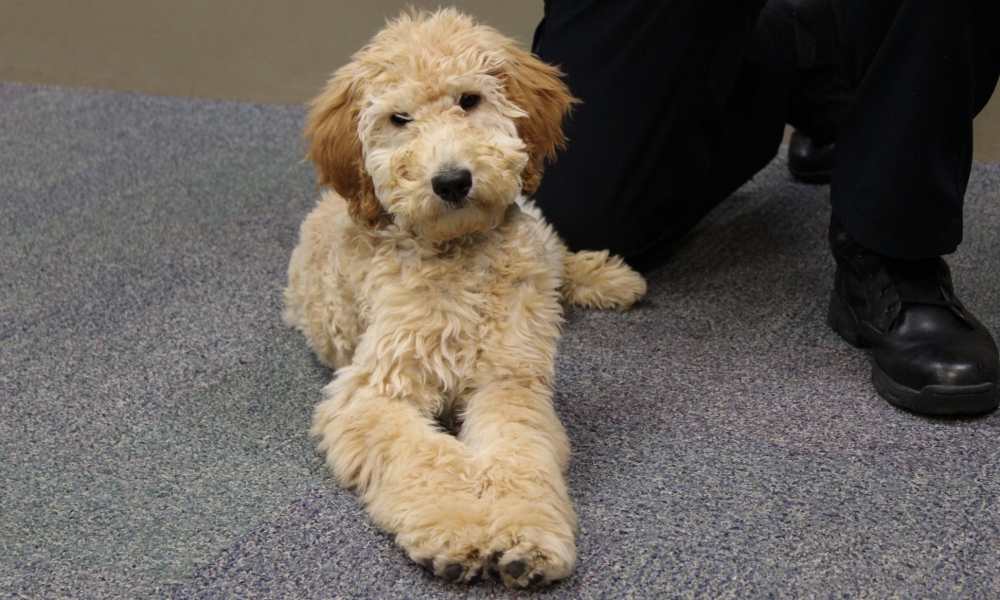 “Meet Gracie, the newest member of TPD,” officers wrote on Facebook. “Gracie is a Goldendoodle who was graciously donated to the department to serve as a Therapy Dog. Gracie will promote officer wellness, assist in investigations and join us in engaging with community members.”

Unlike traditional K-9 officers, Gracie won’t chase down bad guys or sniff out bombs, but this adorable pup will play an equally important role. Stress and anxiety are known to decrease when dogs are around, so Gracie will help boost department morale, comfort victims and witnesses during investigations, and serve as a community liaison.

Meet Gracie, the newest member of TPD.Gracie is a Goldendoodle who was graciously donated to the department to serve…

And while Gracie might be new to law enforcement, her human partner Lt. Matt Danielson confirms the affable pup is a natural fit in her new role. “Already I’ve had interactions with members of the community that I’m certain wouldn’t have come up to me otherwise if I hadn’t had her with me,” Danielson explained in the following clip.

Learn more about Gracie’s new role in the video below!