This Golden Was Relaxing In His Backyard. When His Human Left, He Walked A Mile To THIS Place!

Tonia Mostellar, and her Golden Retriever, Riley, were out driving through town when they passed the Happy Dog Café, a doggy daycare that Riley has frequently stayed at. An employee was outside walking a few pups, and Riley was probably jealous and confused as to why he couldn’t be there.

When they arrived home, Riley was outside in the backyard, soaking up the sun. But little did Mostellar know, Riley was devising a sneaky escape plan. He wanted to be at Happy Dog Café with his pup friends, and he’d get there one way or another, even if he had to get there on his own. 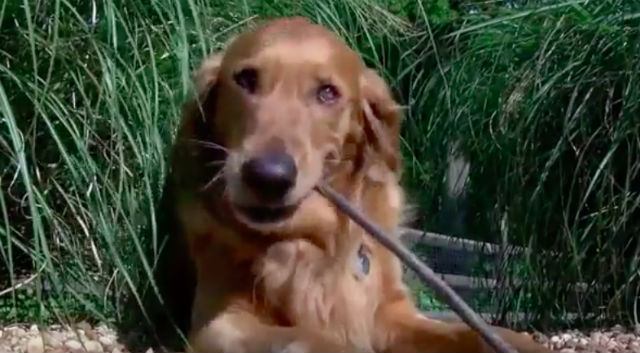 And that’s exactly what he did! Riley undid the latch on the gate and walked over a mile down the street to the doggy daycare. He sat at the entrance, waiting to be let in. Happy Dog Café owner Teresa McCarter saw Riley standing there and let him in. Riley proceeded to walk right in the back of the place, where all of the other dogs were. 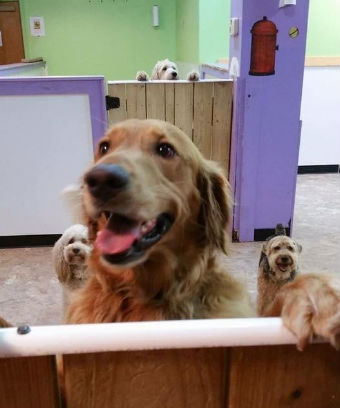 McCarter called Riley’s humans, who were absolutely shocked that he was there, and said they would come now to pick him up. But McCarter let Riley stay there for a free day of daycare. Since the incident, the McCarters have secured their backyard gate better so that this wouldn’t happen again, but also promised to let Riley visit the daycare more often.