Personally, I think that the most admirable trait that dogs possess is their forgiveness and ability to move forward despite whatever trauma they’ve faced in their past. Growing up, I had a dog that we adopted from the shelter. Her previous life was never known – all the shelter was able to tell us was that she was found wandering around an industrial parking lot – but it was clear that she’d probably faced some abuse in her past. She was initially very wary of men, and she absolutely hated when my mom brought out the broom for sweeping. But within the year she’d transformed from a shy dog to a very sweet and happy pooch – and that is the magic of dogs. They are always able to look to the bright side of things.

It is this type of positivity that has helped one dog move past the horrors he faced and go on to live his best life. Chewbacca is a beautiful Golden Retriever who was rescued from a dog meat farm in South Korea.

Chewbacca was one of 2,000 dogs who had been part of the dog meat trade. The Humane Society International was responsible for shutting down 15 dog meat farms across South Korea – Chewbacca being one of the lucky rescues. 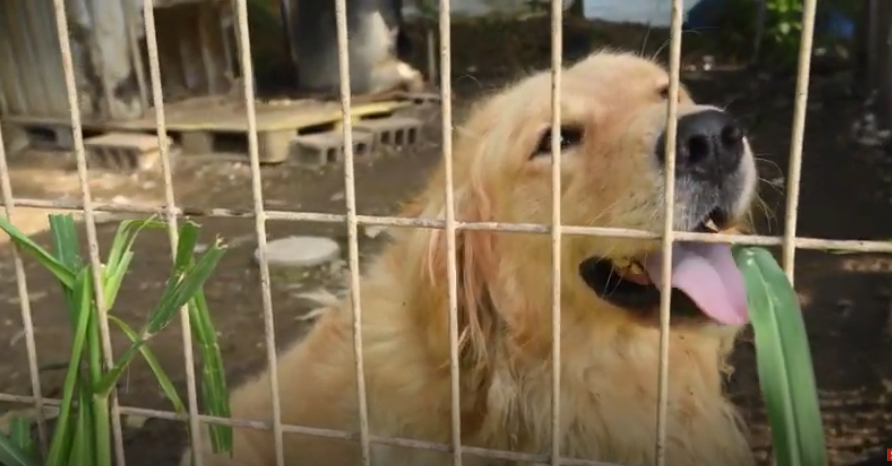 [fbshare]“>YouTube / The Humane Society of the United States

In spite of all the suffering he endured during his first five years of life, Chewbacca is still such a loving and happy dog. His life started out far from perfect. He spent the beginnings of his life living in a cramped and often muddy pen where he was devoid of all mental and physical stimulation.

Fortunately for Chewbacca, he was rescued in a Humane Society raid before he became one of the dogs who was slaughtered for their meat. This lucky turn meant that he would finally have a shot at being a normal dog. 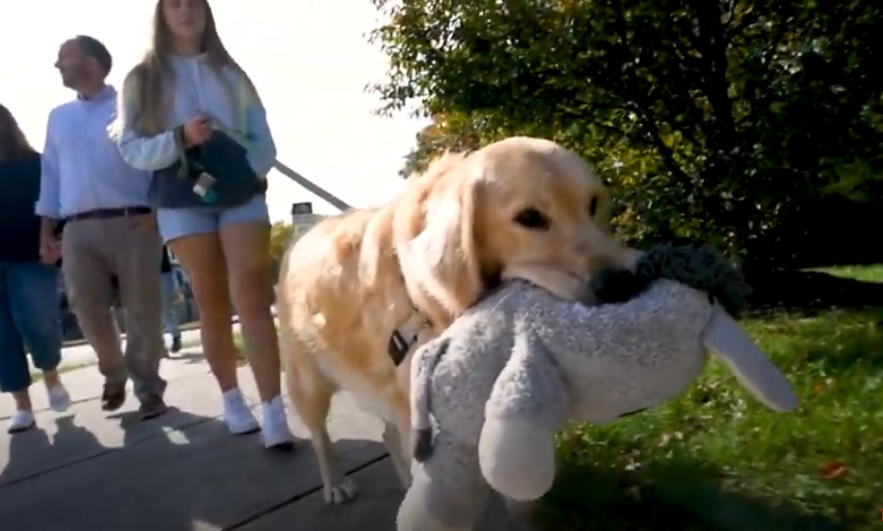 [fbshare]“>YouTube / The Humane Society of the United States

Not long after his rescue, he caught the attention of HSI President, Jeffrey Flocken. Jeffrey opened up both his heart and his home to Chewbacca. While Chewbacca might have spent the start of his life living in awful conditions, he didn’t stop that from affecting his personality.

Chewbacca was able to remain a sweet and loving dog who just radiates pure joy. And now, he’s living his best life! It’s a lesson in positivity that we can all learn from.