Everyone has their own way of getting into the holiday spirit, including a golden retriever named Hugo.

He lives in Whitley Bay, UK, with his owners who just happened to capture him “singing” along with The Three Tenors in their opera rendition of White Christmas.

Hugo walked right up to the television and began to howl as soon as the song began, and continued to “sing” along adding his own baritone variations on the popular song. Halfway through the tune, he stands up for emphasize and continues to howl. 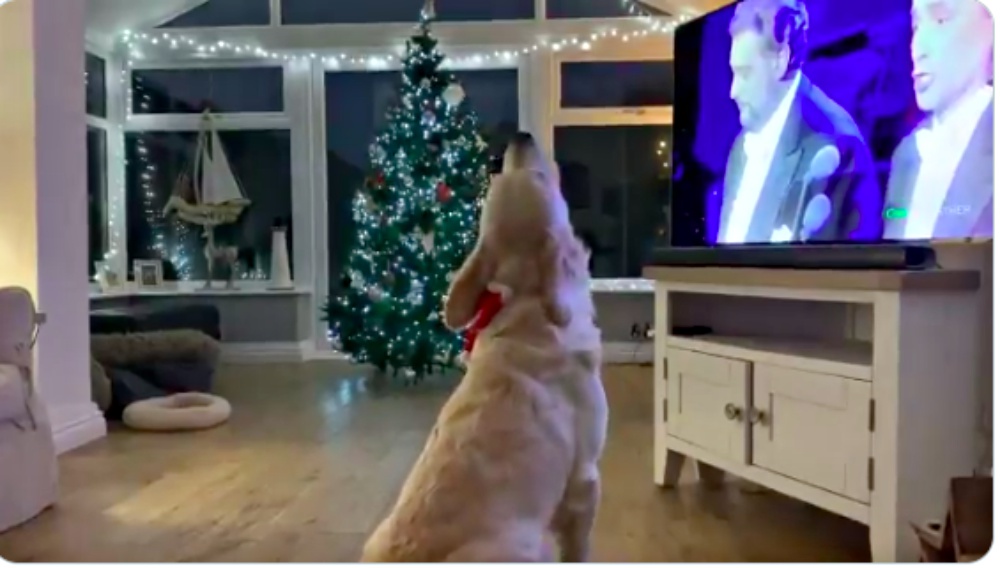 The adorable pup howled along for the entire song, which lasted nearly three minutes. He barked at the end as people on the television started to clap, which he believed they were clearly doing for his performance.

The video has been viewed by thousands and was also shared on Twitter. 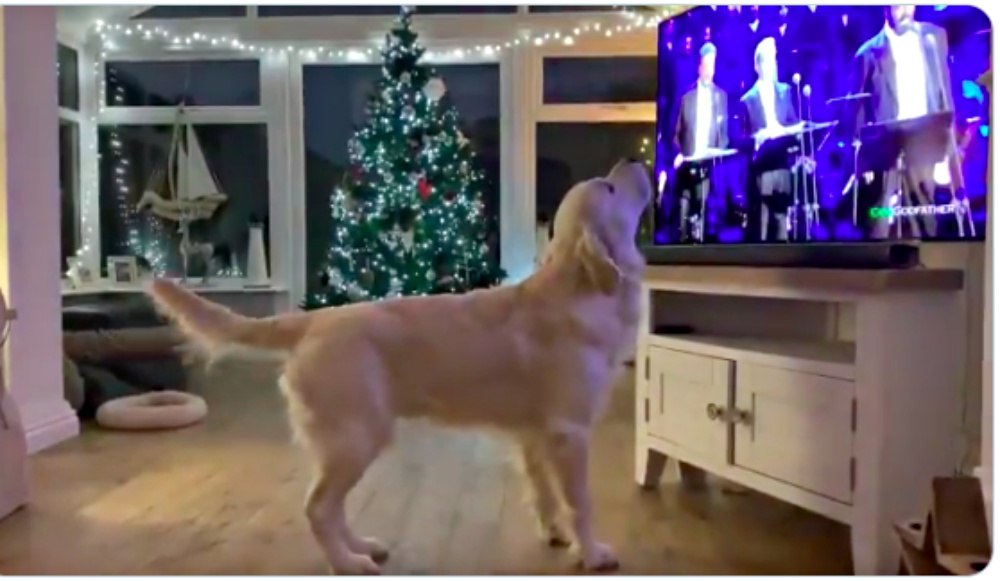 His mom, Victoria Fox, usually posts recipes from her blog Best Recipes UK, but couldn’t resist sharing the precious moment with her fans.

She wrote, “It’s beginning to look a lot like Christmas. Hugo is definitely in the Christmas spirit.”

Hugo did an encore performance with The Three Tenors singing Jingle Bells. He is now known as “Opera Dog” and has his own YouTube channel, BestDogsLifeUK. 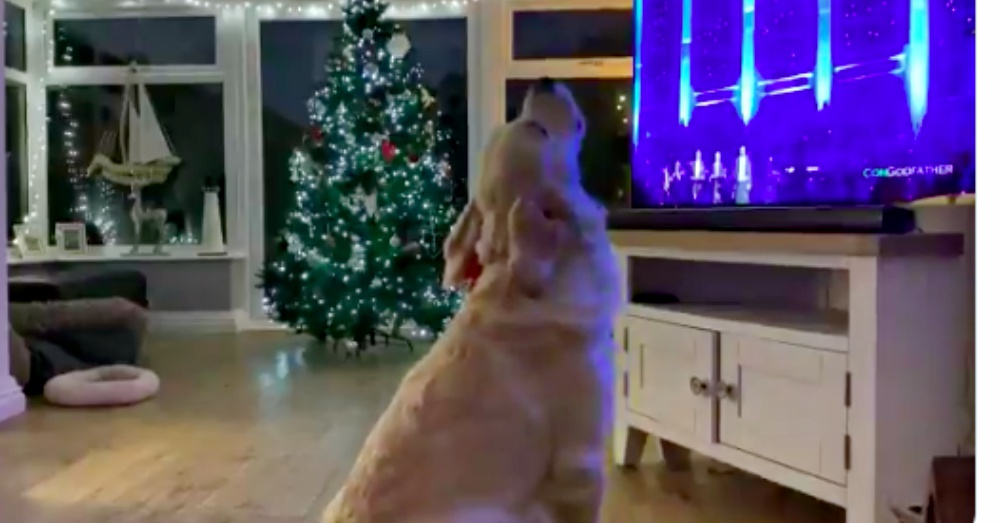 An adoring fan commented on the Jingle Bells video, “I admire Hugo. He always performs with genuine passion! Please give him a treat and a scratch on the head for me.”

The howling pooch has made the day of countless people around the world. Another person wrote, “This dog can carry a tune better than some of us humans! I loved this!” Others wished Hugo and his family Merry Christmas and said they hope he gets a white Christmas.

Watch the entire White Christmas video below and don’t forget to share with your friends and family!