A common New Year’s resolution is to get in shape, but most people lack motivation. However, a recent video showed an adorable Golden Retriever in a fitness class that would motivate any dog lover to join the gym.

The friendly boy named Riptide lives in California and one day joined a fitness class. The room was full of people and when it came time to do bicycle crunches everyone hit the floor, including Riptide. 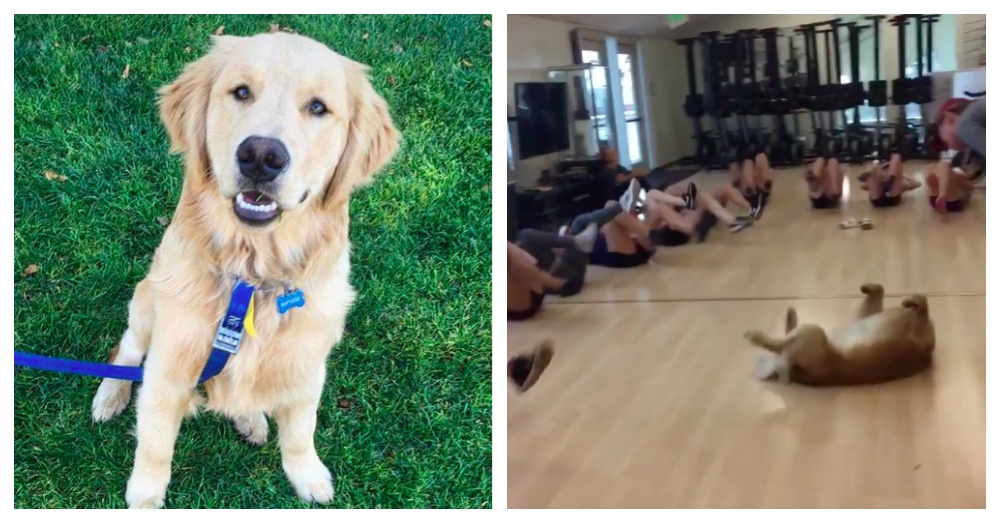 In typical Golden Retriever style, he made his way to the middle of the room to be the center of attention. He did not disappoint.

The athletic pup laid on his back and put his four paws in the air and then began to do bicycle crunches. His form was impeccable and he continued doing the toning exercise with ease. 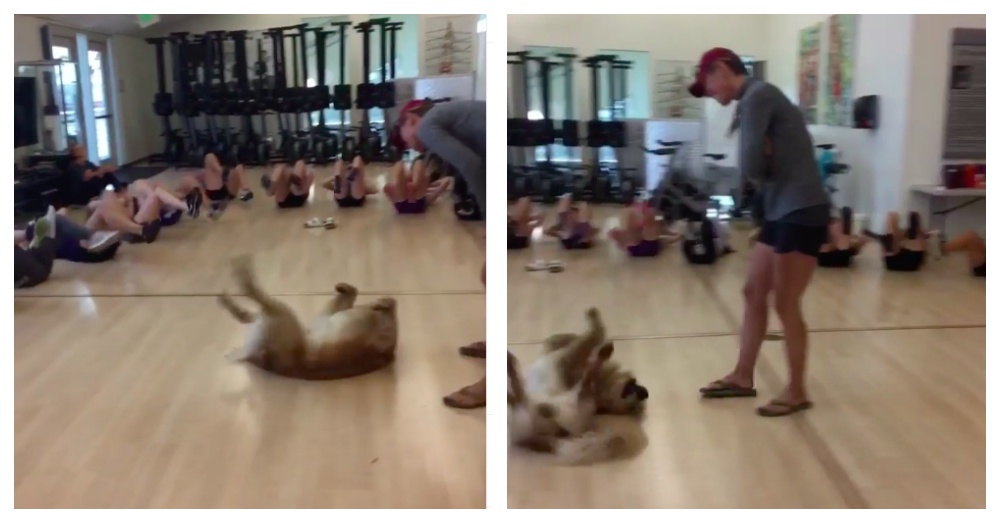 All the while his fluffy tail was wagging on the gym floor as the class instructor held back his laughter. Thankfully, someone recorded the impressive moment to share with the world. The video was posted on Humor And Animals Twitter page and instantly went viral with nearly 800k views. 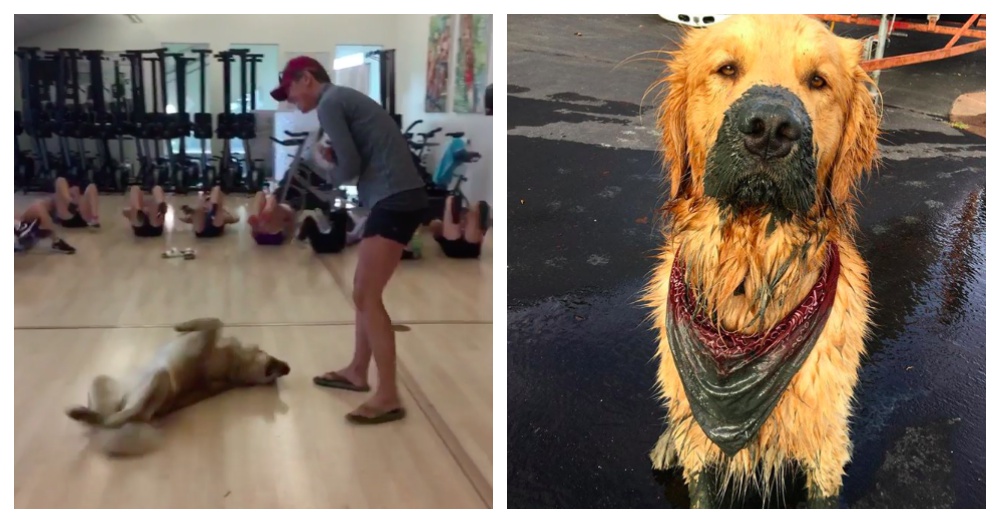 However, this was not the first time Riptide joined a workout. Another video showed him partaking in bicycle crunches at an outdoor fitness class. Practice makes perfect…

Beach szn soon!! #absfordays . . . . . . . * Jukin Media Verified * Find this video and others like it by visiting https://www.jukinmedia.com/licensing/view/958393 For licensing / permission to use, please email licensing(at)jukinmedia(dot)com.

A post shared by RiptidetheRetriever (@riptidetheretriever) on Apr 21, 2017 at 10:21am PDT

Many people said they would join a gym if it meant working out with a dog. Riptide is an adventurous dog with a huge personality that people cannot get enough of. You can follow him on all his adventures on his Instagram page. In the words of Riptide, “It’s a ruff life, stay golden.”

Check out his form in the video below and don’t forget to share.

so there was a dog that joined us for our workout today
(riptidetheretriever IG) pic.twitter.com/DQ0Ui7YXnq