The quickest way to a dog’s heart is through its stomach. We all know that dogs are loving animals who are devoted to their humans. But treats come as a very close second. If you give a dog a treat, you’re guaranteed to get a very happy reaction. Most of the time, dogs will usually lose their minds when you give them a tasty snack.

And if you ever happen to catch them on camera using the “burst mode,” you’ll end up with a brilliant series of funny pictures. One person on Reddit uploaded a sequence of photos featuring a very excited Golden Retriever receiving a treat. The adorable Goldie was all wide-eyed as it tried to catch a treat in his mouth. 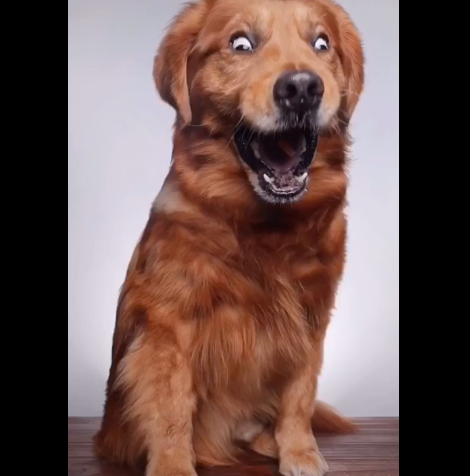 Once the dog managed to catch the treat in his mouth, he looked like the happiest doggo in the world. There was even a video of the pictures being taken in progress. Thank goodness we live in an age of technology where we can manage to capture the hilariousness of dogs as they try to gobble up their beloved treats. This is why dogs make such great companions – they never stop making us laugh.

Photographer had a photo shoot with an adorable client from aww