Texarkana Texas Police Department received a call about a “vicious” dog loose in a neighborhood. Once the officer, Travis Frost, arrived he found the dog laying on a front porch. With a whistle the dog approached the officer.

“He whistled at the dog, who then came trotting over to him with his tail wagging. After Travis pet the dog for a minute, he went right up to the patrol unit, jumped in the front seat, and just made himself at home,” posted the police department on their Facebook page. 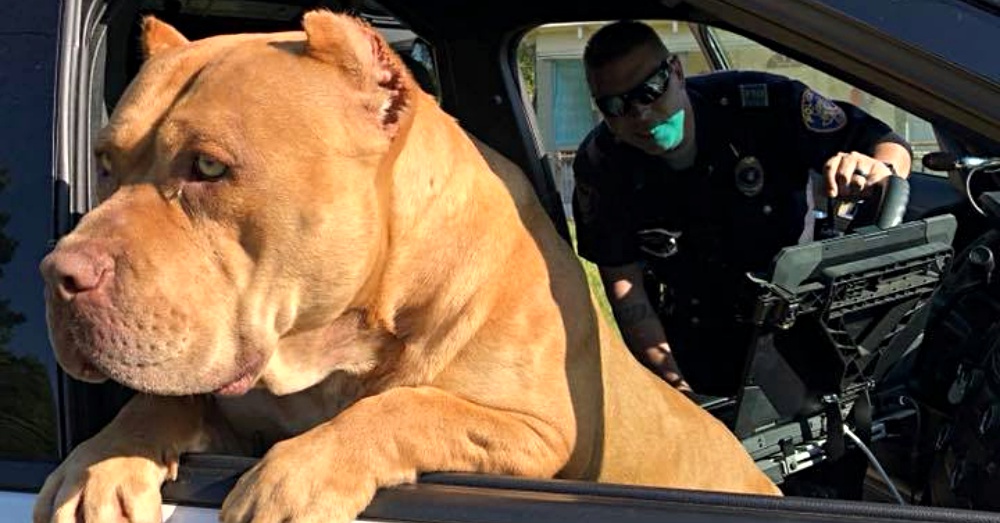 The officer left his door open in case he had to make a quick dash back to his car if the dog tried to attack. Instead, the dog saw the open door as an invitation to jump in and get comfortable. It was obvious the dog was not vicious, but a gentle and friendly dog. 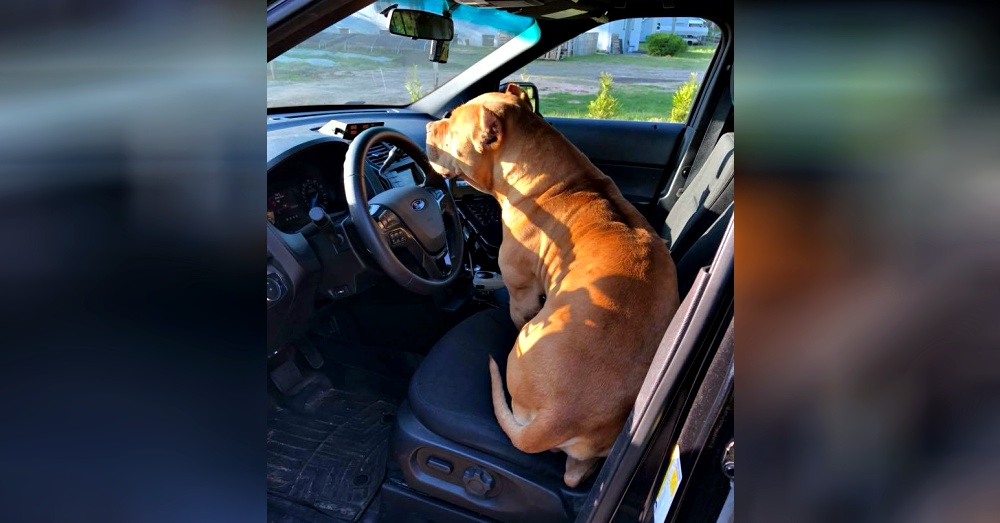 While the officer waited for animal control to arrive, he snapped some selfies and photos of the dog. “Pit bulls have a bit of a bad reputation. While you should always be careful around any dog that you don’t know, you shouldn’t automatically assume that all pit bulls are bad dogs. They might be really loving, like this guy was this morning,” stated the police department. 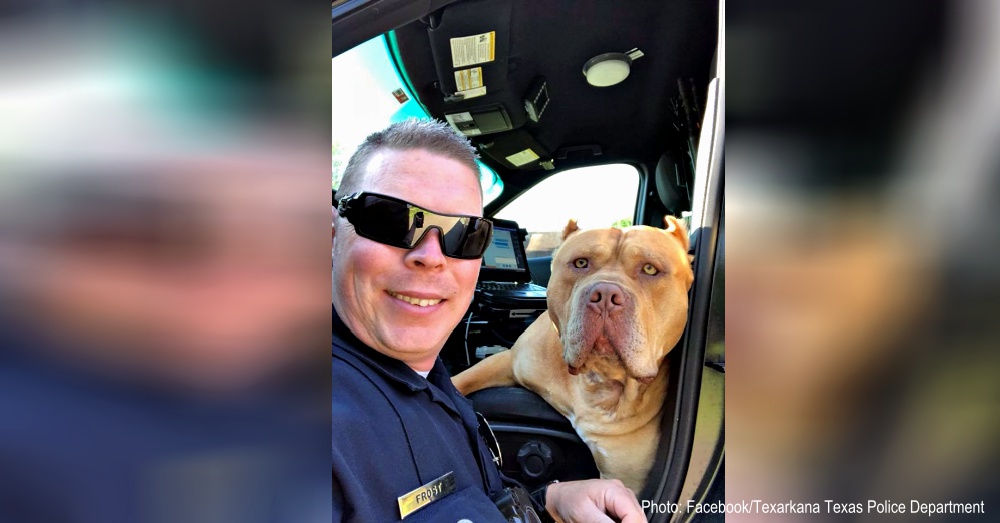 Gold, the American Bully dog, was returned to his owner after animal control found an implanted chip. Thankfully, Gold was reunited with his family. Be sure your dog’s chip is updated with your current address and contact information.

Help shelter animals in need and reward your pet with Rescue Box! It is a win-win!