Dogs Aren’t The Only Animal That Can Be Man’s Best Friend. Apparently Goats Can Too!

Has your dog ever chewed on your favorite pair of shoes? Nibbled on the morning paper? These are typical puppy problems that you’ve learned to deal with, right? When your sweet four-legged friend lays down next to you for a tummy scratch and some cuddles, you forget all of their transgressions. But, would you do the same for a goat?

For Tom Horsfield, his pet goat acts and is treated just like a pet dog. His two-year goat Benjamin has been a sort of viral Internet sensation since 2014. The pair met after Benjamin was abandoned by his mother. Horsfield took the small animal in and it quickly became a pet. 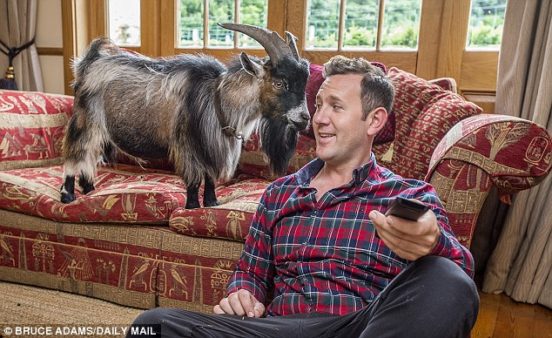 “I found him huddled in the corner of a pen on our petting farm a year and a half ago. His mother had had twins, decided to reject him and left him for dead. I took him in and he slept in the kitchen for six weeks,” explains Horsfield. “I became his surrogate mother, feeding him milk five times a day, often in the middle of the night, and bringing him back to life. He’s so tame because this is all he’s ever known.” 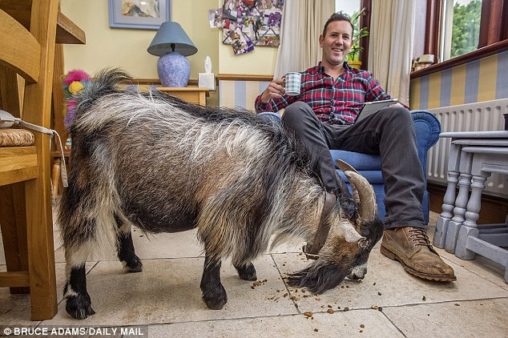 Despite the fame surrounding Benjamin, Horsfield isn’t alone in his treating a goat like a pet. In fact, the Daily Mail claims that more than 50,000 Brits own goats as indoor pets and it seems that even science is on their side. Experts have found that goats are capable of the same loyalty a dog it. They are also much more intelligent than many people think.

What do you think? Would you be up to taking a goat in as a pet? You might not be able to resist after the footage below.