There are hundreds of mountain goats living in Olympic National Park right now. If you visit the park any time soon, you may even seen them flying.

About a dozen of the goats were introduced to the park in the 1920s, the Washington Post reports, and they have since made a home for themselves among the craggy peaks of the Olympic Mountains. It’s the environment they’re most accustomed to, after all.

But they’ve also become a nuisance. 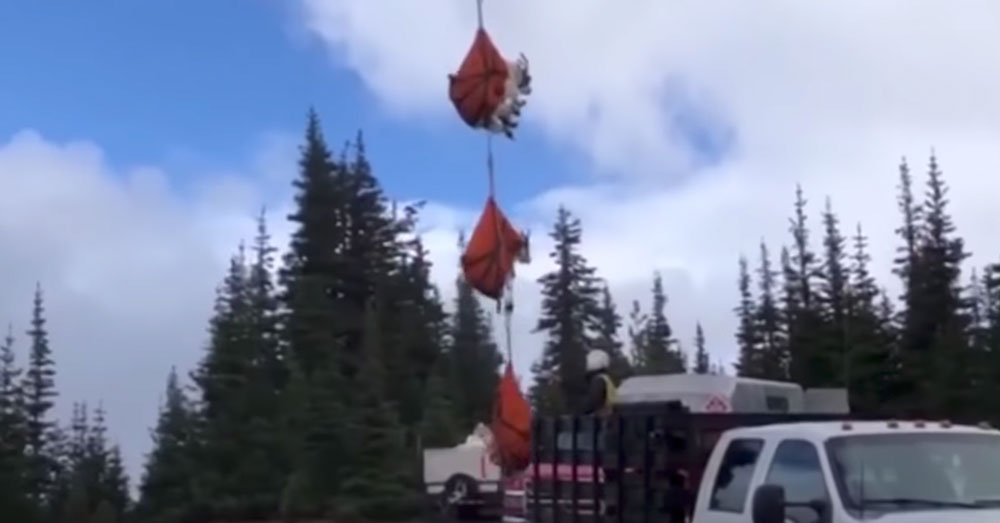 Source: YouTube/Inside Edition
Goats are being airlifted out of the Olympic Mountains.

Today, the sight of one of these horned goats in the Olympics should be accompanied by a warning. They have been destroying the vegetation and soil around the mountains for decades, and if humans get close, they may even start a fight. In 2010, one park visitor was killed by a mountain goat when it charged at him, horns first. 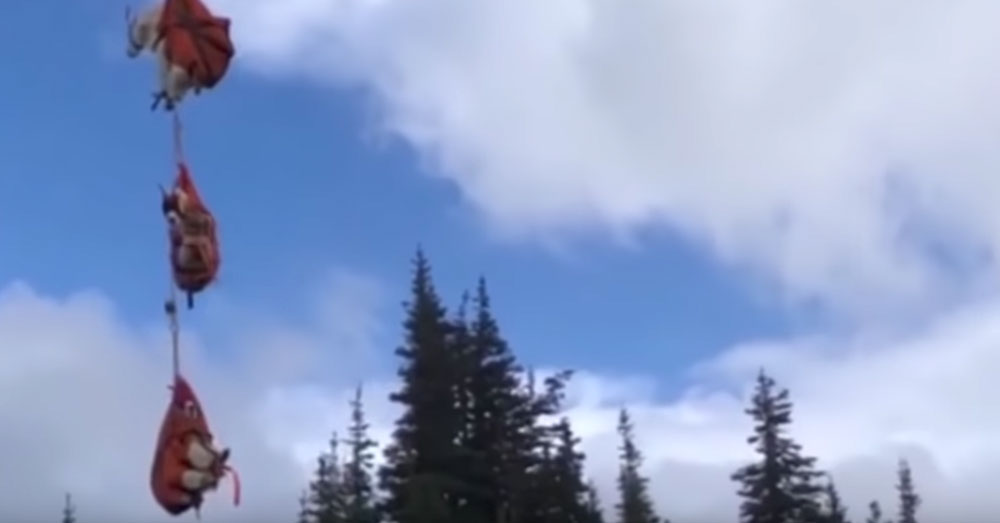 Source: YouTube/Inside Edition
The goats will be released in the Cascade Mountains.

A public-funded operation is now airlifting the non-native mountain goats out of the Olympics, 100 miles away to the North Cascades, where they are expected to cause much less trouble.

“The translocation effort will relieve issues with non-native mountain goats in the Olympics while bolstering depleted herds in the northern Cascades,” said Olympic National Park Superintendent Sarah Creachbaum. “Mountain goats cause significant impacts to the park ecosystem as well as public safety concerns.” 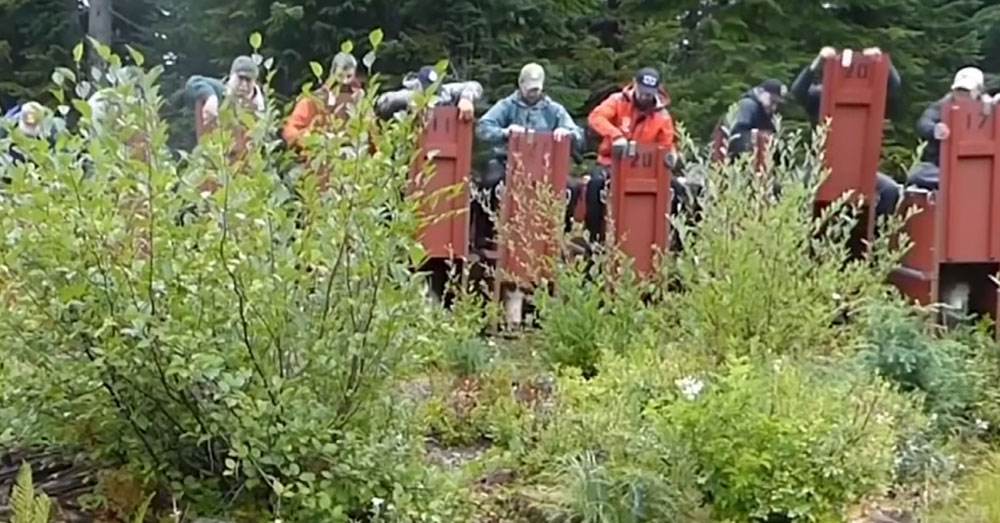 Source: YouTube/Inside Edition
Hundreds of goats have been transported by helicopter to the Cascades.

The park will not be closed as the goats are herded up and moved out by helicopter, a method that was attempted once previously in the 1980s, when 500 of more than 1,000 goats were airlifted off the mountains, Q13 Fox reports. In fact, the goats may not realize where they’re headed, either. The animals are blindfolded before they take flight.

According to the Washington Department of Fish and Wildlife, the mountain goats will be released in five selected sites in the Cascade Mountains. 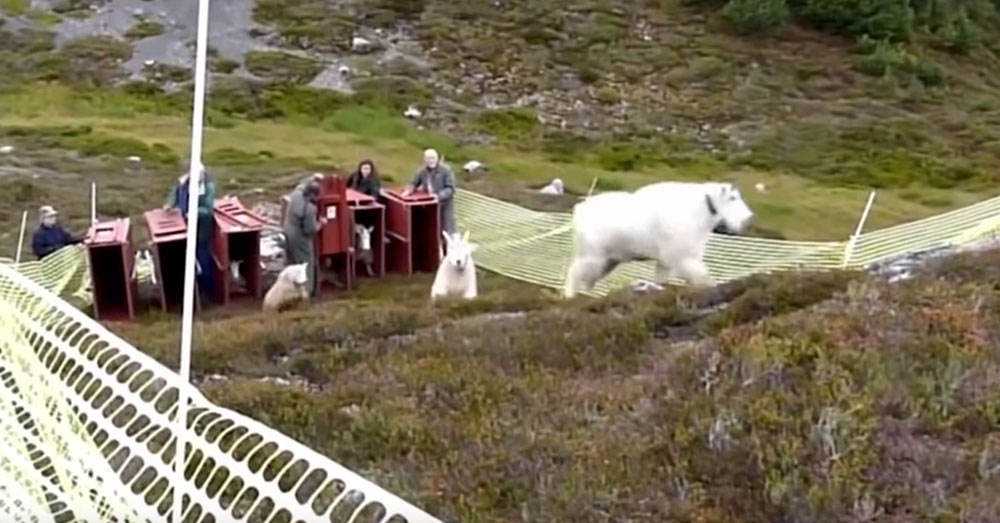 Source: YouTube/Inside Edition
The goats will cause less trouble to people and the environment in their new home.

“Two release areas are near mountain peaks south of the town of Darrington, on the Darrington District of the Mt. Baker-Snoqualmie National Forest (MBS). The others are near Mt. Index, on the Skykomish Ranger District of the MBS, Tower Peak in the Methow area of the Okanogan-Wenatchee National Forest, and the headwaters of the Cedar River Drainage, which is land owned by Seattle Public Utilities.”