The town of Fair Haven, Vermont is the home to a rather interesting competition. It seems as if a goat named Lincoln is competing against a dog named Sammy for the title of honorary mayor.

Lincoln the goat was chosen in the past for the honorary mayor of Fair Haven after the mayor decided to raise money using the gimmick. The money was used to rehabilitate a community playground and kids were involved.

“In Fair Haven, just like everywhere else, voter participation is not always as high as we want it,” said Town Manager Joe Gunter.

Cheryl Daviau is one resident of the town that talks about how children were involved in the election. Her granddaughter was able to have a picture taken with the goat, she said.

This year, things are heating up with the additional nomination by the police chief, a canine police officer named Sammy. That German shepherd visits schools on a daily basis along with a resource officer. Sammy also goes to concerts in the park and the town’s residents love him. 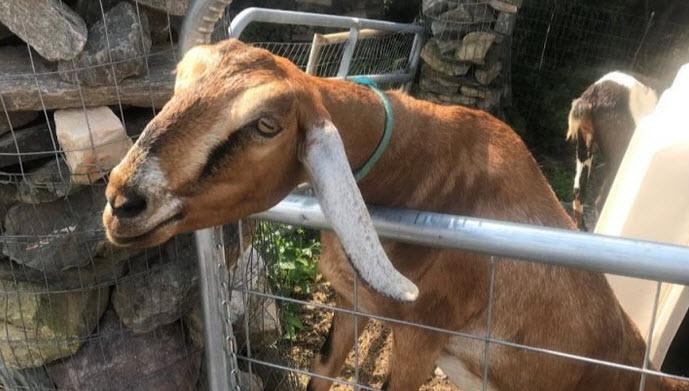 The campaign for honorary town mayor this year is between Lincoln the goat and Sammy the dog. It appears as if it may be a tight race.

“We’re definitely looking more forward to Sammy winning the race,” said Sharai Thayer, who has three kids in school. The dog sits at the school to watch the children coming and going and even wanders the halls, she said.

After being stopped for an inspection violation recently, a driver told the police chief that he was voting for the dog.

In order to vote in the election on March 3, people paid one dollar to a GoFundMe page. The proceeds will raise additional funds for the playground. $200 was raised last year according to Gunter and along with other donations, $10,000 of the targeted of $80,000 for the playground have been reached.

This isn’t simply a title with no purpose. There are responsibilities according to Gunter, who said that the honorary mayor “marches in parades, manages the playground fund, and on occasion meet with the Board of Selectmen, just to keep an eye on them.”