Man Discovers His Cat Is An Incredible Goalkeeper, And The Internet Can’t Get Enough

Sports have been canceled by COVID-19, but soccer fans (and cat lovers) have already found the next best thing.

An adorable cat recently went viral on Twitter after surprising the world with his impressive goalkeeping skills. When Twitter user Chris Dixon kicked a ball towards his black-and-white feline, the cat leaped out of nowhere to block the ball from entering the goal set up in one corner of the room. 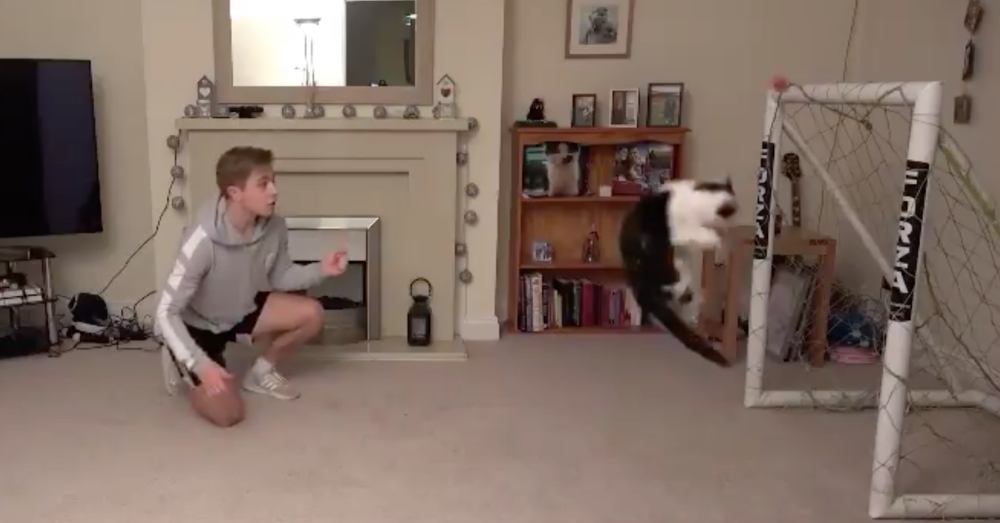 “Getting a cat, I’ve learned they’ll do anything in their power to make your day worse,” Dixon joked into the camera, right before the cat casually leaps up out of nowhere to block his human from scoring a goal. Dixon kicks again, but this time, the cat deftly intercepts the ball with one paw.

“Knew naming him Meownuel Neuer was a mistake,” Dixon captioned the video of their hilarious scrimmage, which quickly went viral on Twitter. (Manuel Neuer is Germany’s star goalkeeper).

Meownuel blocks the goal again, and again, and again, with each of the feline’s saves growing more impressive than the last. The young man is clearly no match for the cat’s speed or agility, which has clearly been forged by years of hunting birds, laser pens, and any mice foolish enough to cross its path. 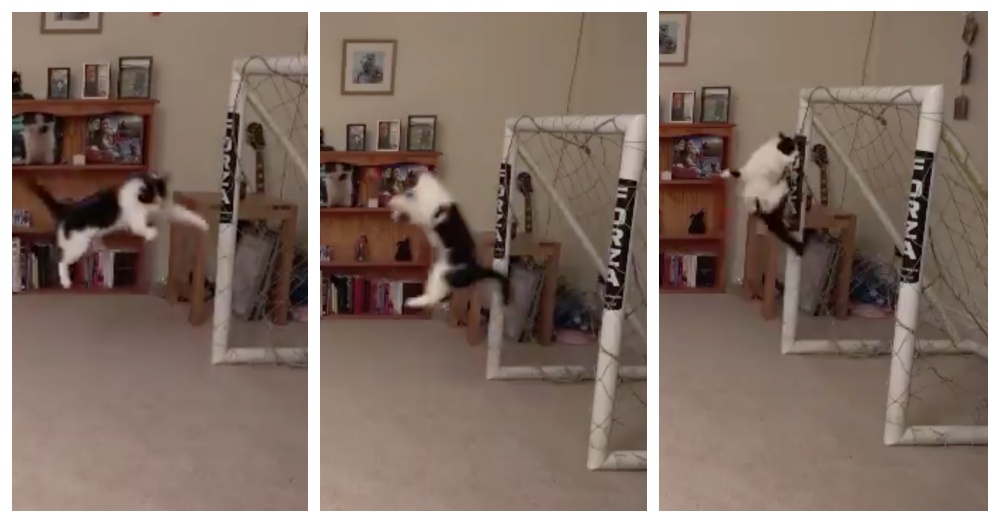 We think the video, which you can watch below, is even more endearing because of the cat’s nonchalant attitude. After each block, he acts like nothing has happened. Nor does this talented feline give any warning before leaping into the air to dazzle the Internet with his athletic prowess.

“That is the most remarkable piece of goalkeeping I have ever seen,” an announcer calls out in the background. The commentary is for a different game, but it definitely applies in this case. This cat is amazing! Make sure to watch the following video with the sound on.