Somebody Shot This Dog With A BB Gun, Poured Glue In His Ears, And Left Him Tied Up To Die. Now Police Finally Have A Suspect.

Warning: This is one of those stories that may cause you to question your faith in humanity. But if you read to the end, you’ll see it’s also the story of a community coming together to find an animal justice.

When rescuers first met Atlas, the battered mutt had been shot with a BB gun, burned with a mysterious chemical agent, and abandoned in field with his legs tied together, unable to move. The poor pup’s ears had also been filled glue. 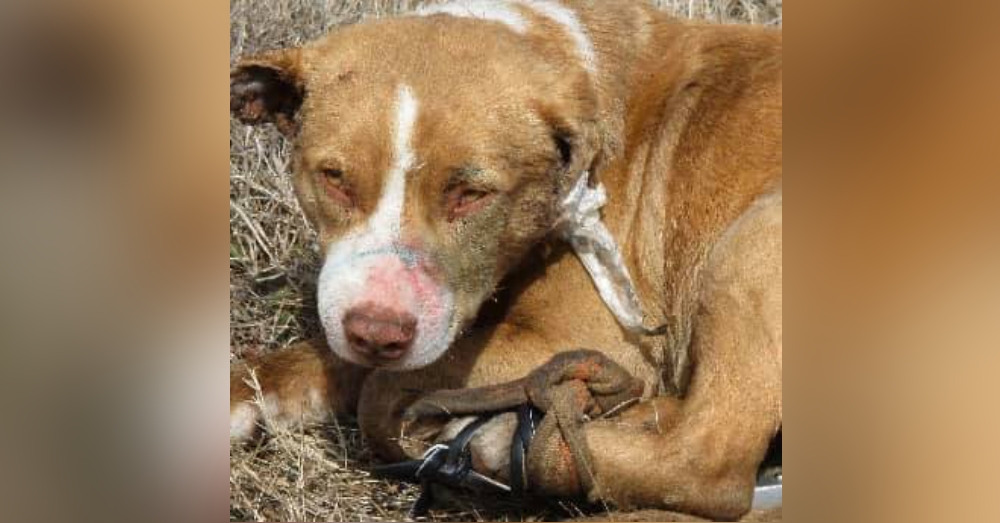 “Not only was he dumped in a field with his back legs STRAPPED together, GLUE (yes glue) had been poured into his ears,” horrified rescuers from The Humane Society of Tulsa wrote on Facebook, explaining how the unknown assailant also decided to stuff the dog’s ears with fast food wrappers, wreaking havoc on the pup’s ear canals.

The dog’s head and face had also been doused with an unknown chemical agent, so much so rescuers weren’t sure if the dog’s ears had been partially burned – or simply cut off. X-rays also revealed a BB pellet lodged inside the dog’s body. “Today’s one of those days when you question humanity,” rescuers wrote sadly. 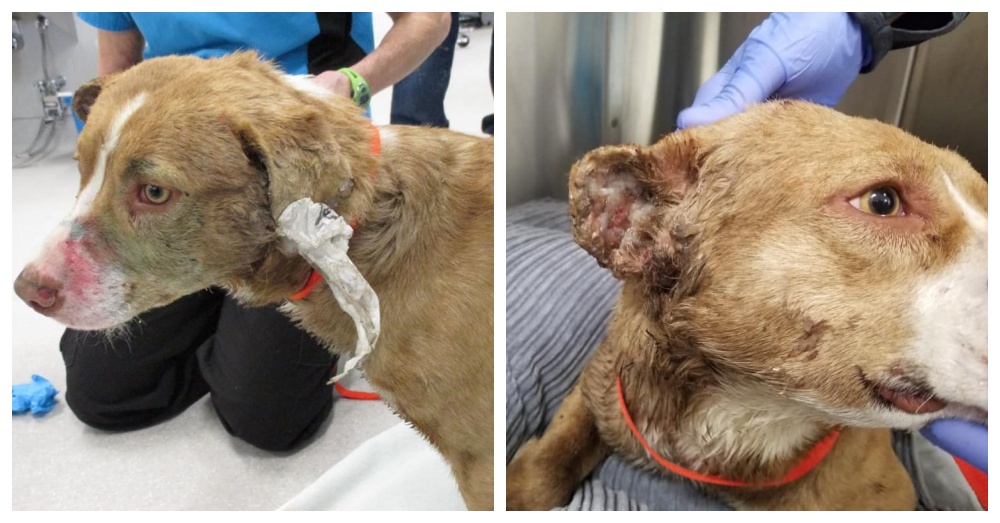 But despite the dog’s grave condition, Atlas seemed to instinctively know that these humans were on his side – unlike the unknown assailant who’d inflicted his horrible injuries.

“From the moment we met him, he wasn’t mean, vicious or protectively aggressive,” rescuers recalled. “He just wanted help and warmed up to us as he realized we were there to help.”
Atlas was rushed to VCA Woodland Central Animal Hospital, where veterinarians spent hours removing glue from the dog’s ears and soothing his burns with ointments and creams. 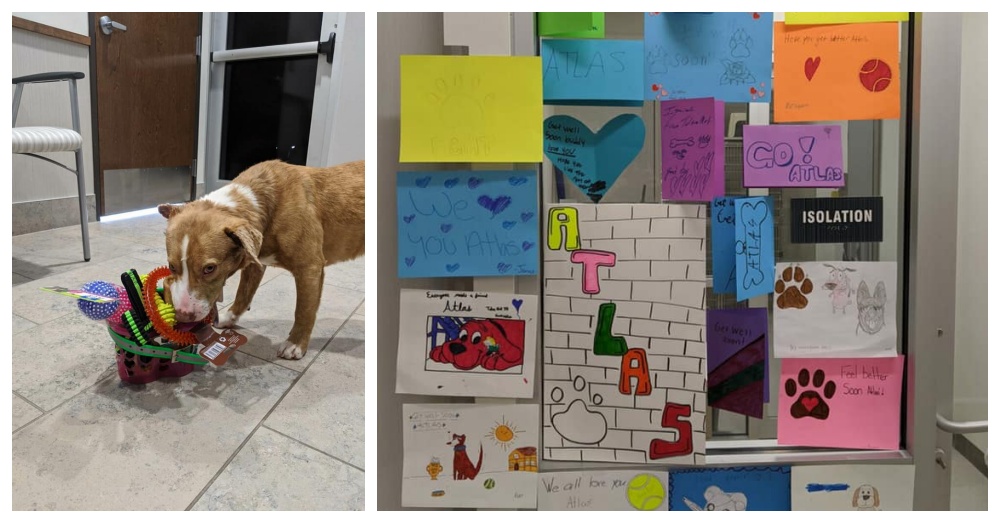 Meanwhile, the Humane Society of Tulsa got started raising money to fund the dog’s ongoing recovery, which would include expensive surgeries and specialist visits. “Please help in any way you can!” rescuers pleaded on Facebook. “We need to show Atlas that people are good!!!”

Fortunately, the internet’s community of animal lovers was only too happy to rise to the occasion. Not only did The Humane Society of Tulsa raise over $16,000 to fund Atlas’ rehabilitation (which also included treatment for a UTI infection, getting neutered, and removing two fractured teeth), well-wishers flooded the shelter with “get well” cards and toys for Atlas to play with during his recovery. 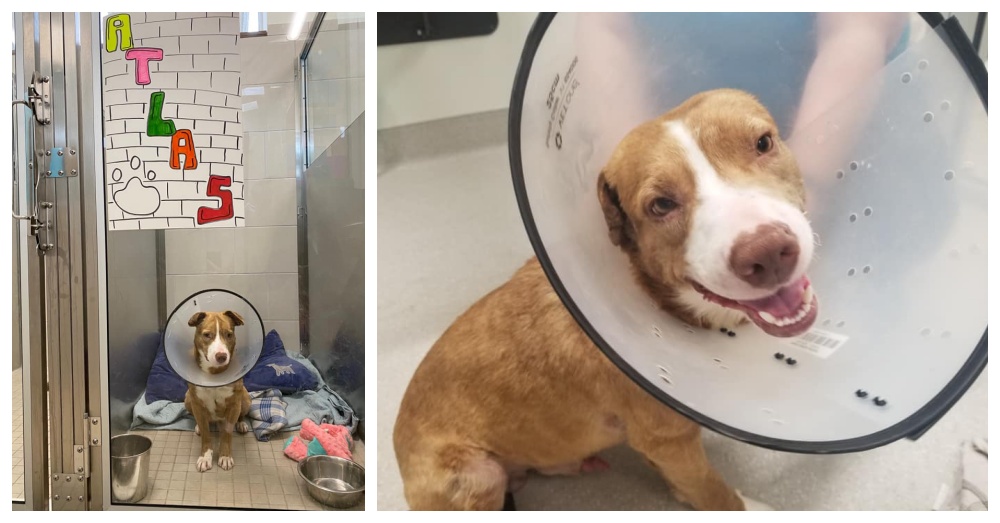 Finally, two weeks after Atlas was cruelly attacked, there was a break in the case.

“This is a story that is developing but we just heard from the Creek County Sheriff that a suspect has been ARRESTED in connection with the animal abuse of the lovely little boy that has stolen all of our hearts,” The Humane Society of Tulsa announced on Facebook. “I have tears in my eyes and can barely see what I’m typing at the moment to know that we got JUSTICE FOR ATLAS.” 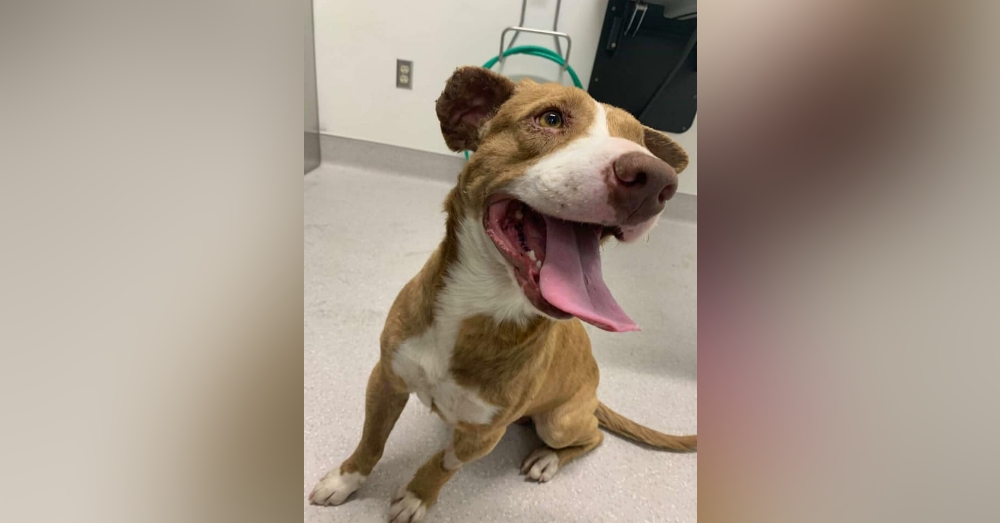 “When we began this journey with him we always hoped for the best but knew in our hearts that finding the actual perpetrator would be a very difficult task,” rescuers continued, thanking the local Sheriff’s department for finally finding the dog’s abuser and, just as importantly, helping show Atlas that not all humans are evil.

“We did it Atlas. We did it!” they wrote. “There are more good people than bad.”

Posted by Humane Society of Tulsa on Tuesday, March 10, 2020