Sometimes the most random of brands collaborate and give us quite the surprise. While a Glossier x Bark dog toy collaboration might seem a little random and out there, it actually gave us some pretty adorable products that we just have to swoop in on.

You might have assumed that the collaboration is some kind of dog-friendly beauty product line it’s actually not. Instead, it’s dog chew toys, but in the shape of some of Glossier’s best-sellers – like a dog squeaky version of Boy Brow and Balm Dotcom. 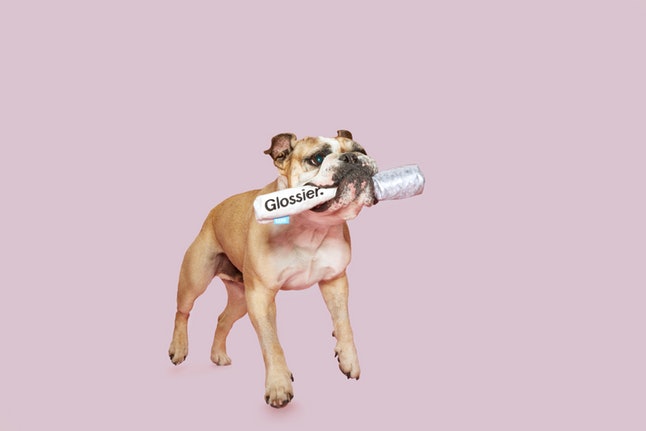 But since these products are geared towards dogs they’re not referred to as Toy Brow ($10) and Balm Dogcom ($8). And it doesn’t stop there. Bark wanted the dog toys to feel as real as possible to the beauty product brand, so the toy actually opens up to reveal a wand applicator! Besides that, the tube looks exactly like the original human-sized product, complete with the Glossier logo, silver cap, and the wand’s fuzzy white bristles.

The Balm Dogcom also looks just like the Glossier’s tube of balm. The attention to detail is so great, that it even has the text from the normal tube, like “Universal Skin Salve” and weight measurements, written on it. 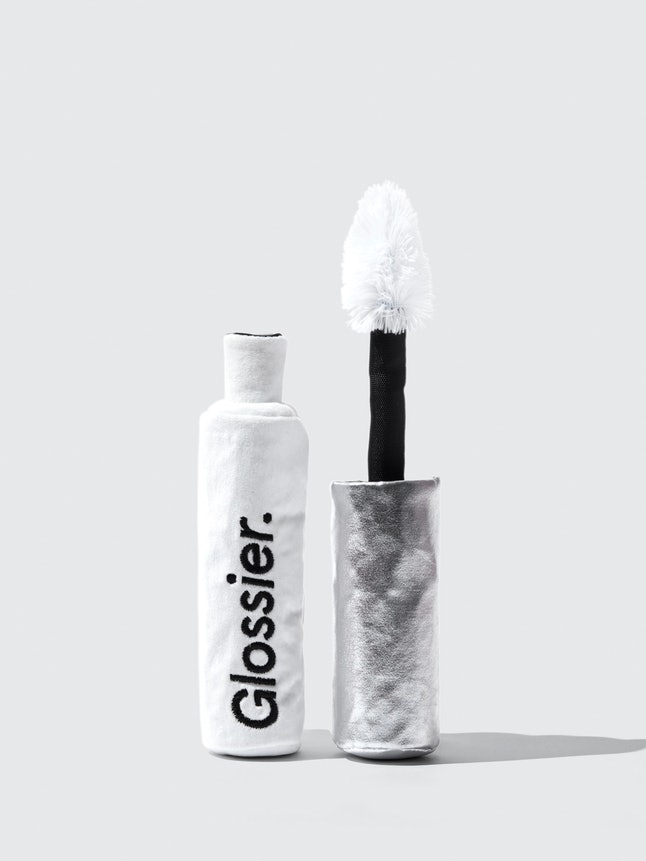 You may be wondering how these two brands ever came up with the idea for a partnership since they virtually have nothing in common. However, as luck would have it, they are both headquartered in Manhattan very close to each other, so they decided to investigate what a partnership might look like.

A representative for Glossier said to Bustle, “We’re dog-obsessed at Glossier and love welcoming pups to our physical retail experiences. BARK’s offices are right around the corner from our NYC flagship and, after noticing what a popular and dog-friendly destination Glossier is, they were inspired to create two toys that pay homage to our bestselling Boy Brow and Balm Dotcom.”

As it turns out, it was an overlap in both the brand’s customers and followers that got the initial idea of a partnership rolling. The same people who buy Glossier to get ready for a night out, also spoil their pets with Snoot Scoops Ice Cream and Dog Ness Monster chew toys. 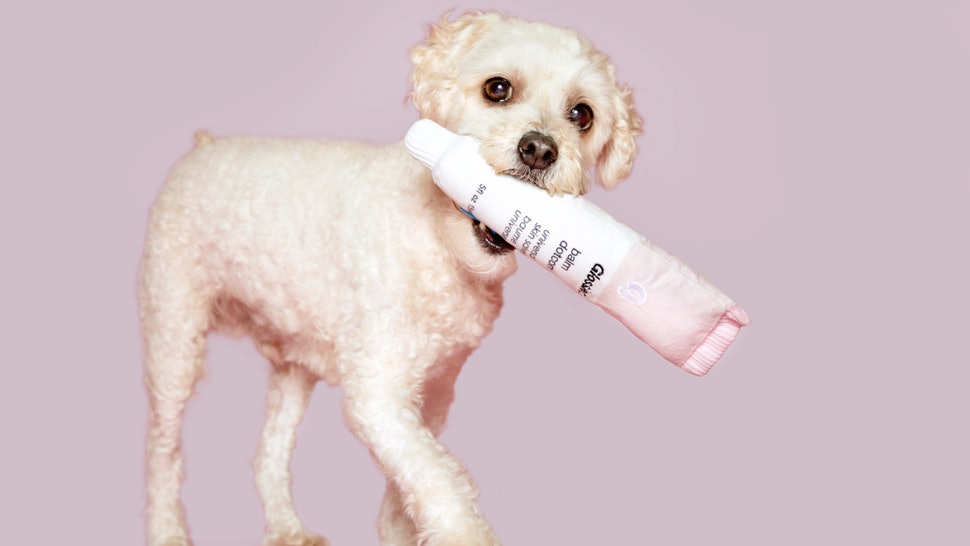 As Pobuda further explained, BARK wanted their customer’s pets to have the same experience of a makeup routine, but with a little doggy twist to it. 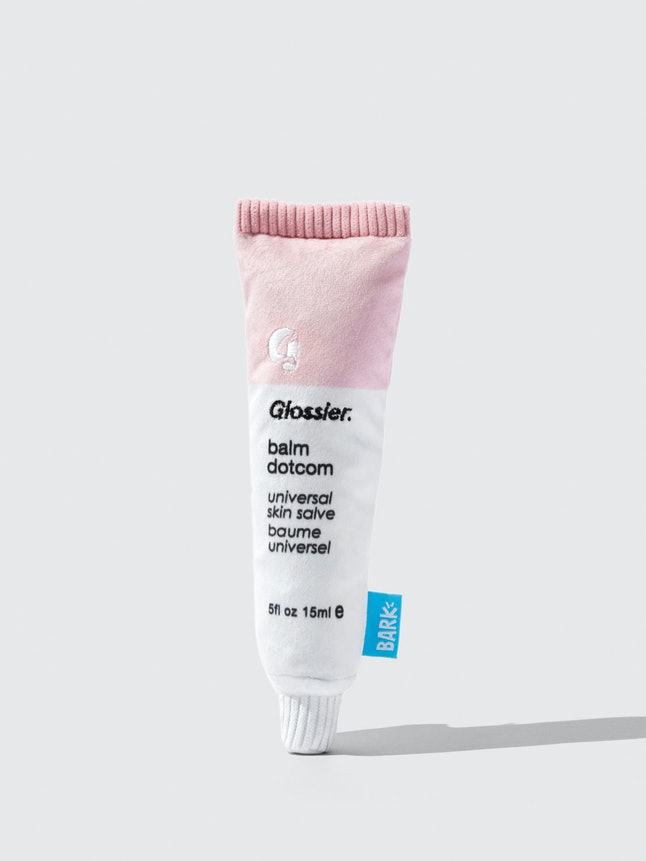 As you can only imagine, there will be a boatload of cute Instagram pictures coming from the collaboration. The collection will be sold while the supplies last. They will be available through Glossier’s New York and LA retail locations, as well as online through BarkBox.com.

So if you’re a pet owner, do you have plans to introduce your pup to the world of Glossier? Let us know!