Giraffes are the world’s tallest mammals and can stand as tall as 19 feet. They can weigh up to 2,800 pounds and run up to 35 miles an hour over short distances, making them a challenge to capture and help in time of need.

A male giraffe on a private game reserve in Democratic Republic of Congo was spotted with a metal wire wrapped around it neck. A rescue team acted quickly to remove the life-threatening wire, but it was not easy. 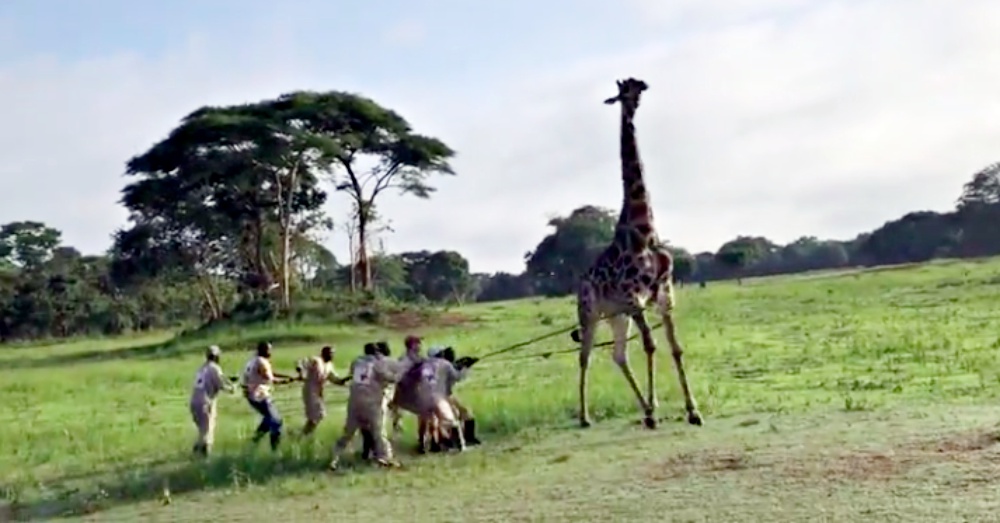 Neil Parsons, lead on the rescue effort, told Caters News, “It had wire wrapped around its neck, which was constricting, but hadn’t cut into the flesh yet. If left longer, it probably would have cut into the neck and eventually killed the giraffe.” 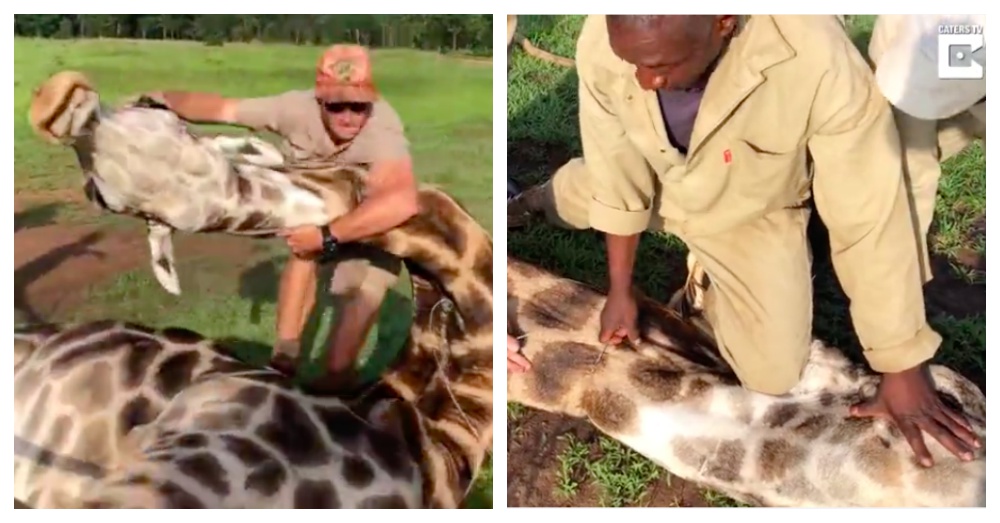 Rescuers shot the giraffe with a tranquilizer gun and then proceeded to safely wrangle him to the ground. While the tranquilizer helped slow down the giraffe, it did not make the animal completely immobile. Rescuers worked quickly and attempted to hold the giraffe down with their bodies, but they were no match for the animal. 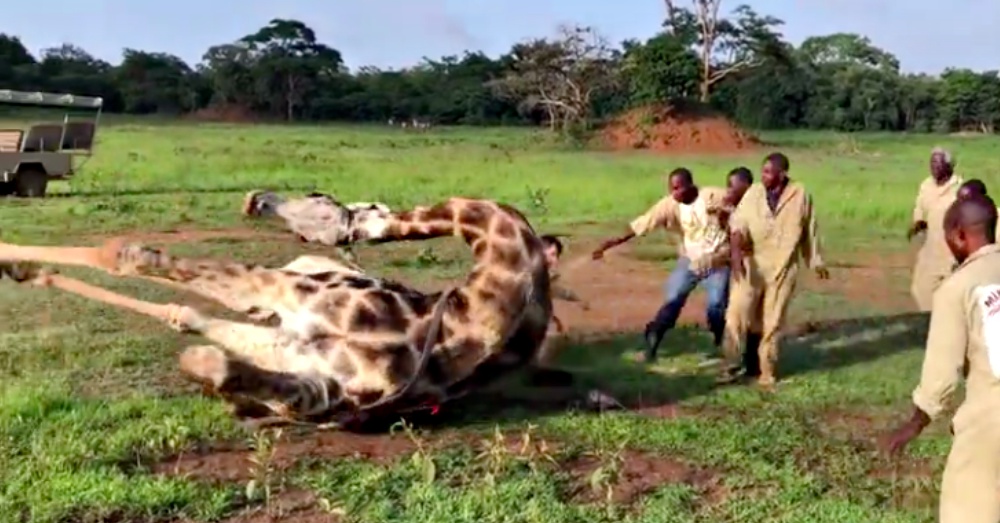 One of the rescuers that was attempting to remove the metal wire was tossed on the ground as the giraffe attempted to get back on his feet. Thankfully, the team was able to contain the giraffe and pin it down again. Another tranquilizer was administered and six men helped hold the giraffe’s head down. With a few snips, the metal wire was successfully removed, but rescuers needed to come up with a way for everyone to walk away unharmed. 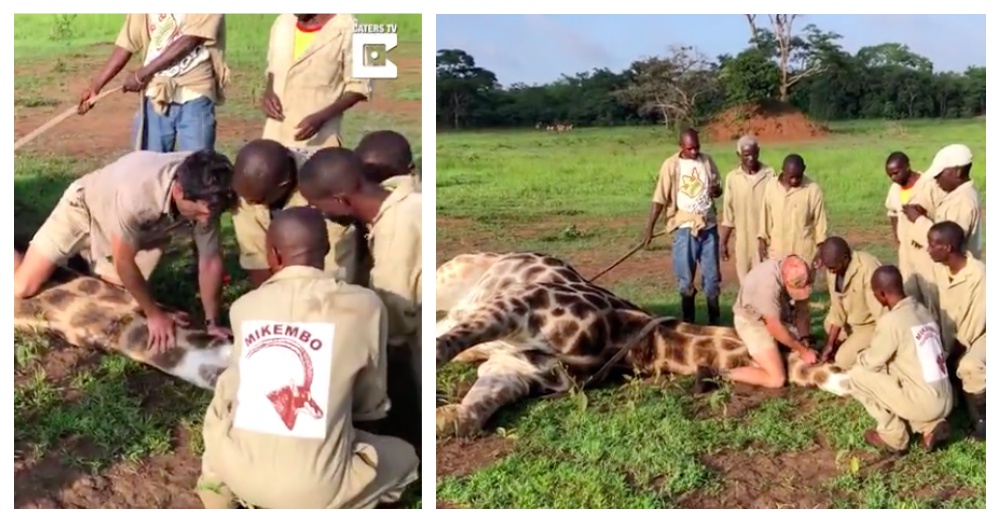 The giraffe started to kick his legs as the sedation wore off and rescuers decided to place a cloth over his head, which allowed everyone time to get a safe distance away. The tall animal finally regained his footing and one of the rescuers used a very long stick to remove the cloth. 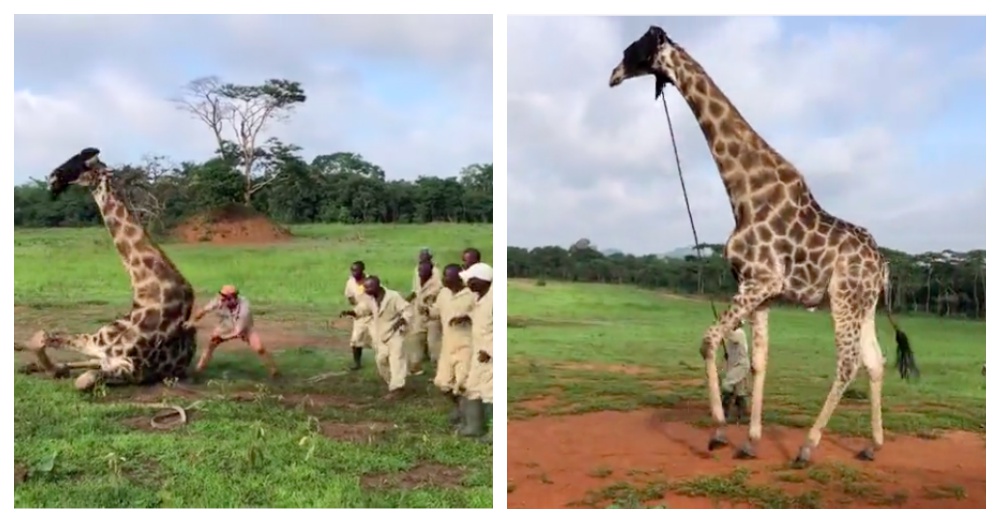 Rescuers cheered as the giraffe ran free. This just proves that not all heroes wear capes. Thank you to everyone involved. 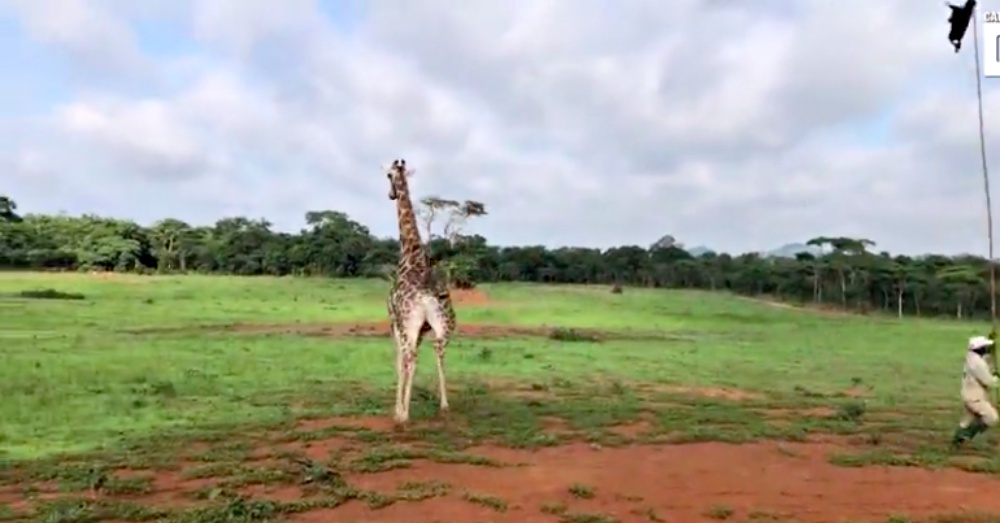