Darrell Perkins was getting into his van for work and heard what sounded like a distressed dog howl. Perkins knew there was a missing dog reported in the area, and decided to check out the sound coming from the river bank.

A 12-year-old dog named Ginger had been reported missing earlier in the week. Perkins peered over the bank and saw Ginger stuck in the mud, resting her head on the bank of the river. He immediately called the dog’s owner, Brenda Osborne, a neighbor, and Johnny Rickman the dog warden for Lawrence County. 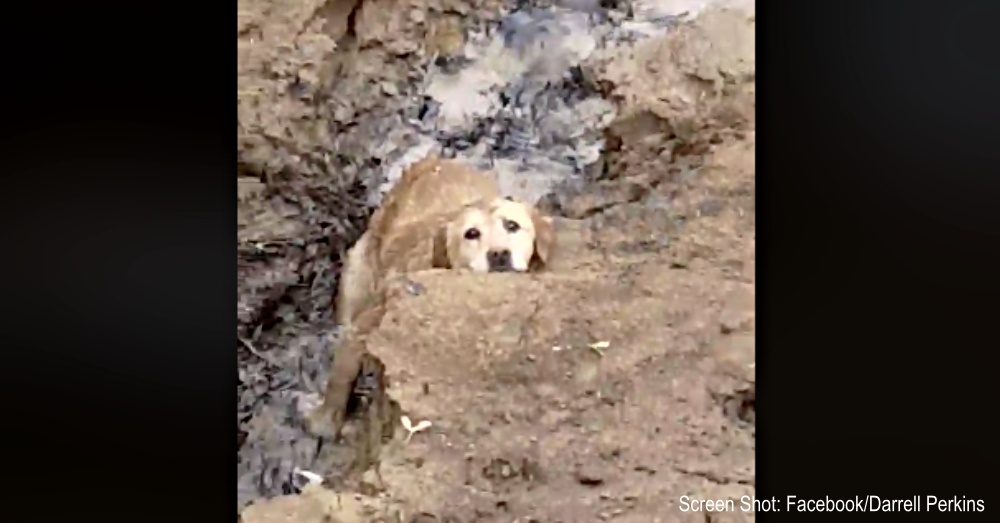 The rescue was captured on video as Rickman lowered himself with a harness down the muddy bank. Meanwhile, Ginger looked up with big eyes anticipating her rescue. Once Rickman picked up Ginger the other people helped pull them to safety.

It is thought that Ginger slipped down the muddy bank and hurt her leg. She was stuck in an area where the river was low. Perkins posted on Facebook, “I’m thankful that the river hadn’t raised a couple feet or she would have drowned.” 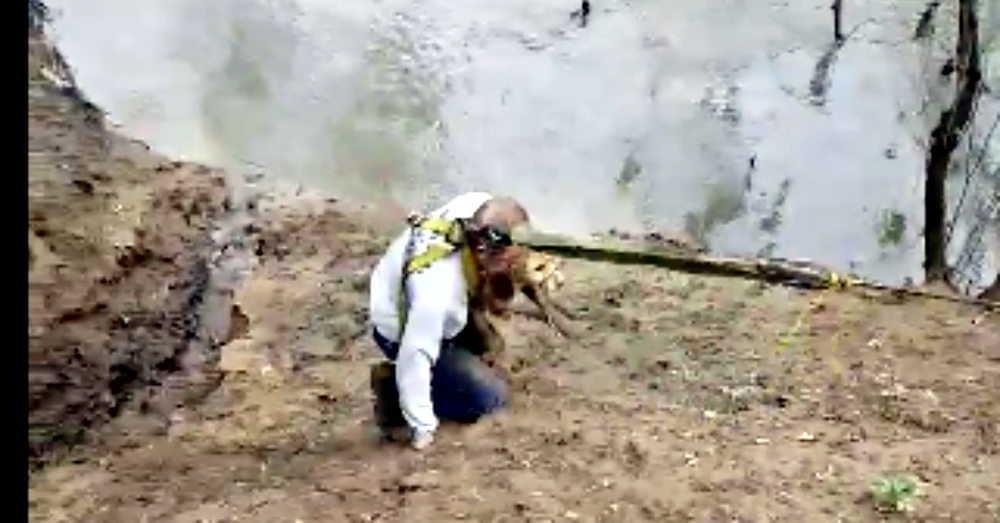 Ginger was brought to Tri-County Animal Clinic and is slowly regaining strength. She was so weak she could not stand on her feet. Perkins posted an update stating, “She is up walking a little but still very weak thankful that nothing was broken. She will be released to go home late this evening. Thank you all for the love and support.”

Watch the incredible rescue below.