Ginger, a 7-year-old Staffordshire Bull Terrier, was brought into a Maine shelter, Responsible Pet Care, as a stray. Then she waited 1,456 days for a forever home.

1,456 days (or almost 4 years) is a long time for a sweet dog to wait for a family of her own. That’s why shelter staff, who knew this sweet girl deserved to be adopted, uploaded a picture of Ginger wearing a sign around her neck that read, “I have been in the shelter for 1,456 days. Please adopt me.” The photo and post went viral. 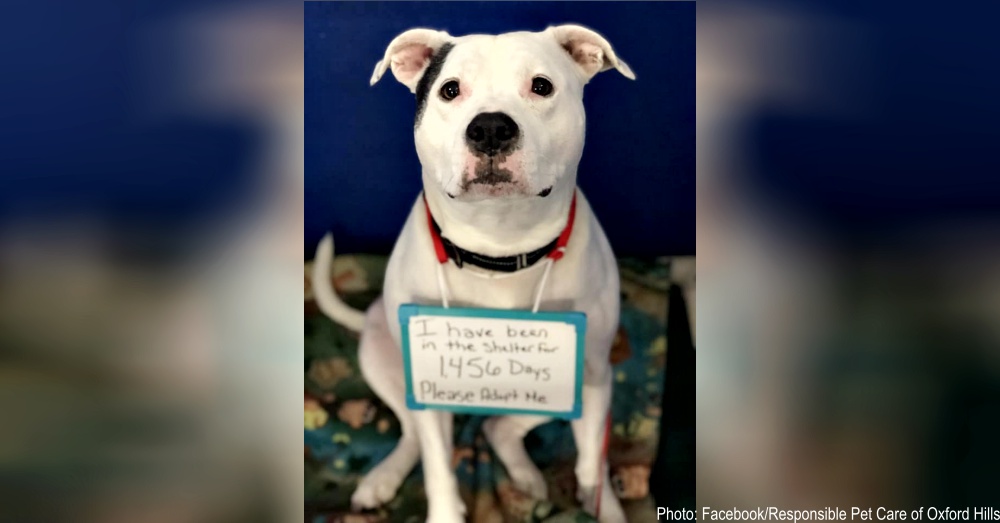 Ginger did have some special requirements for her forever home. This beautiful princess needed to be the only dog, so she can have your undivided attention. She also knows what she wants and is set in her ways. The rescue posted, “she does have some issues with resource guarding, so no small children. Someone who knows this fantastic breed, older couple, single person, or someone who has an empty couch space needing to be filled!? Please share, you never know who this may reach! Ginger thanks you all!!!” 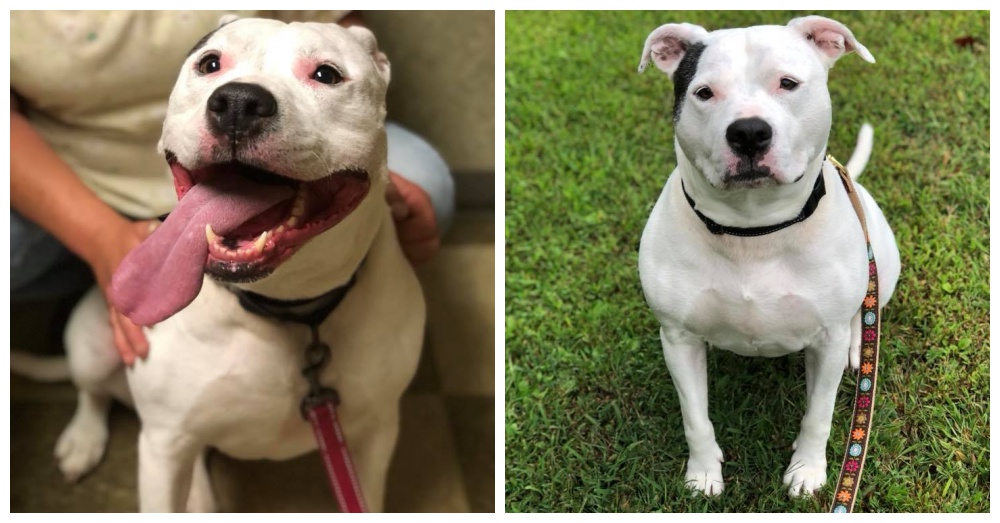 The response to Ginger was overwhelming. The shelter received many inquires but, for whatever reason, nothing worked out. It wasn’t until the following year – Ginger’s fifth in the shelter — that rescuers were contacted by a woman who had just heard about the dog’s story.

“She read her story and cried,” rescuers wrote on Facebook, recalling how the woman wasn’t on social media, which is why she hadn’t heard about Ginger until now. “She recently lost her dog, who in a lot of ways was like Ginger. She wasn’t looking for a new dog, her heart was still mending from the loss. She called RPC anyway, something was pulling her to Ginger.” 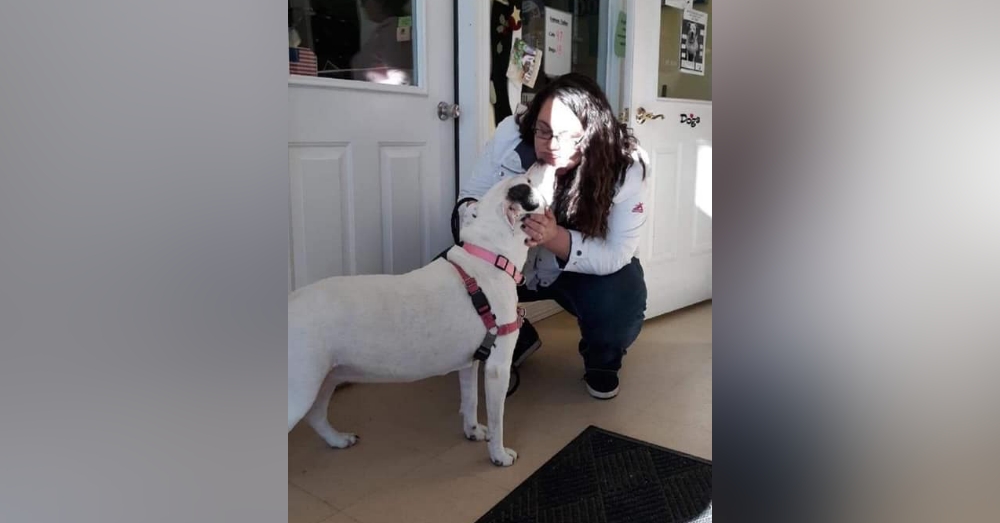 After speaking with rescuers over the telephone, the woman finally decided to come down and meet Ginger in person. “Things went well, but because this was Ginger we had a long ways to go!” rescuers recalled. Even so, the woman returned to the shelter to see Ginger on multiple occasions, even taking the dog to do some of her favorite things around town, like visiting the market and getting a hamburger from McDonalds, just to see how she acted in public. 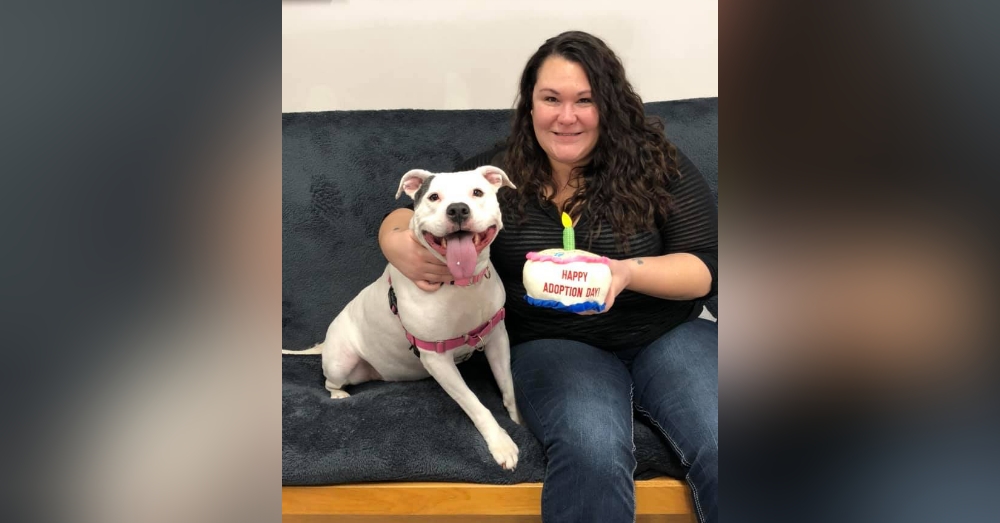 Finally, after a successful “sleepover” in her new friend’s house, the woman finally decided to make it official — giving Ginger a forever home after five years in the shelter. “Her new mom is wonderful, Ginger has mended her heart, and we get updates daily!!!” rescuers happily reported. “She wasn’t looking for another dog, but somehow Ginger found her.”

Dog Brought To Shelter Because Family Is Expecting Baby: Click “Next” below!