Gina, a mix breed Boxer, was rescued as a stray years ago in Athens, Greece. Her previous owner had her chained up in his yard 24/7 and would abuse her daily.

While in his possession, she gave birth to a litter of puppies during the winter, and sadly, they drowned in the mud. The neighbors called police to complain about this horrible situation, as they heard Gina crying outside every night. 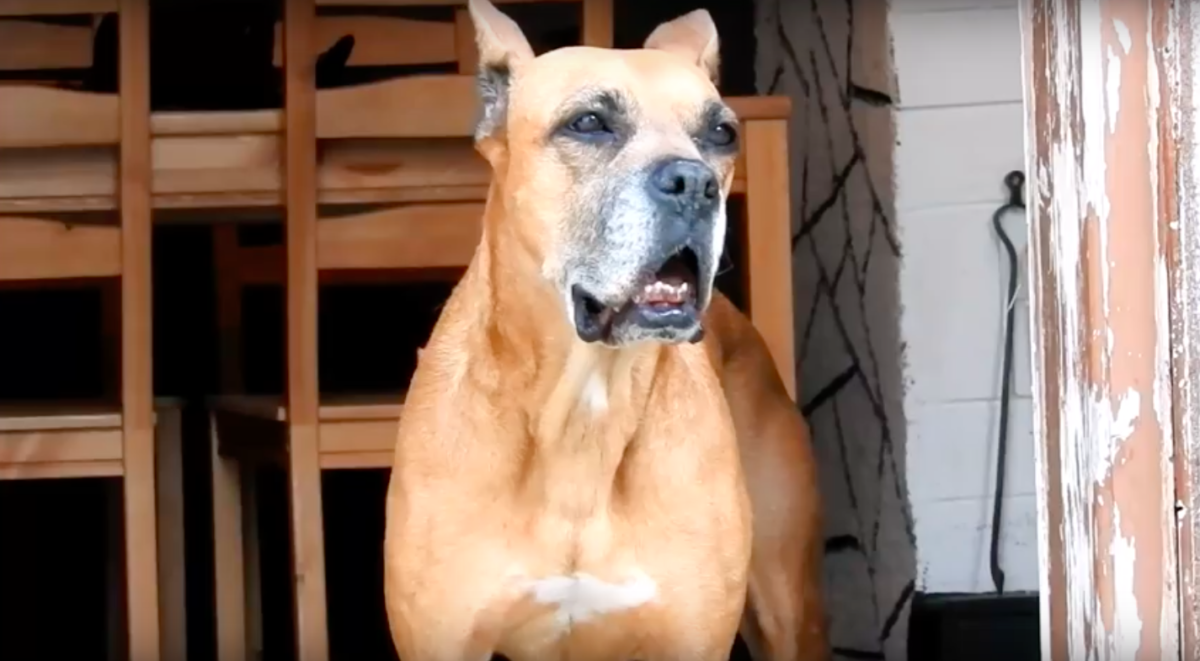 It took three years, but finally, the authorities removed Gina from her abuser’s care.

Luckily, it didn’t take long for Gina to find her forever home. Not long after her rescue, Gina was adopted when she was three years old by a woman named Mary.

Today, Gina is a happy and healthy 11-year-old pup, who is now a rescuer herself! One day, when she was out for a walk, she discovered Lucy, a mother cat, abandoned next to a garbage bin, along with four of her kittens. She kept pulling her human toward them until she noticed them too. They took Lucky and the kittens home, and Gina has been such a great babysitter! 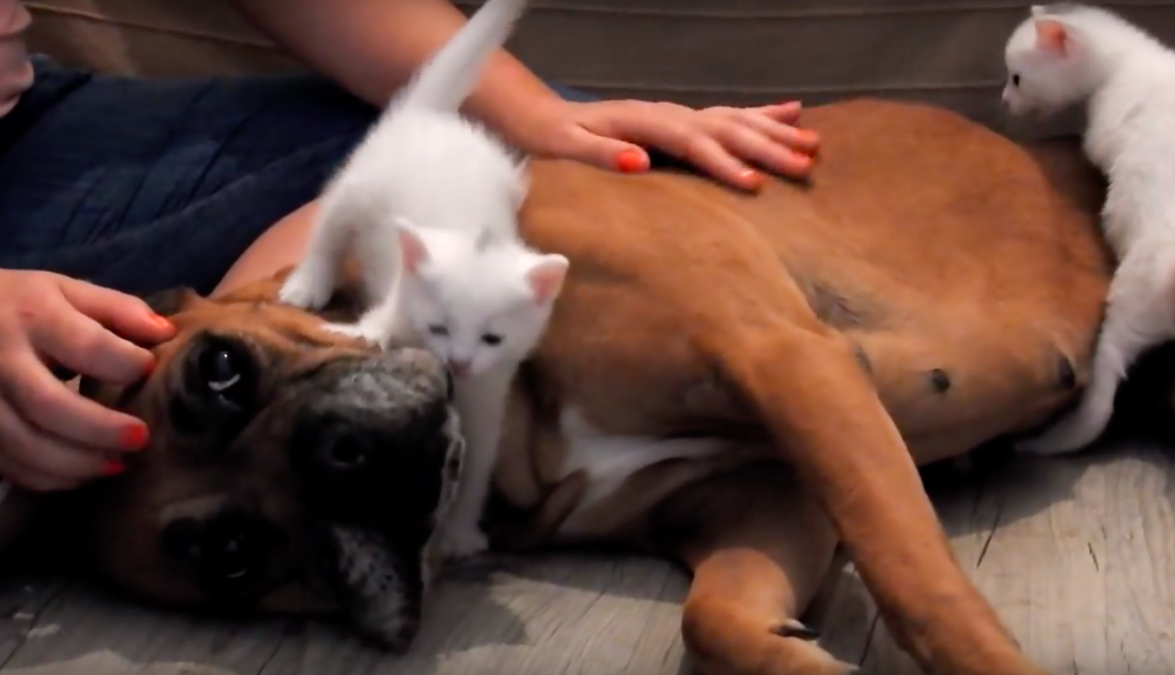 Mary has adopted Lucky, so she will get to spend the rest of her life with her buddy Gina. All of the kittens were put up for adoption and have found loving homes. 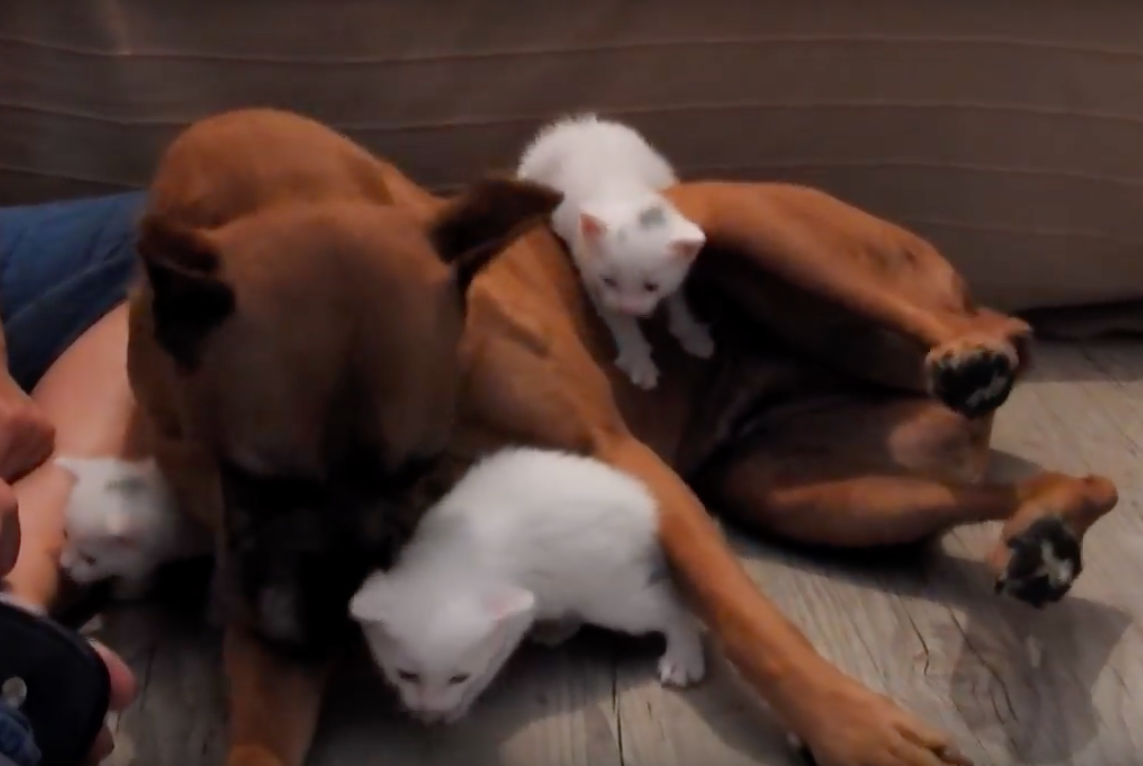 Watch Gina with the kitties in the video below. It’s amazing and so heartwarming to see how gentle Gina is with the kitties. It’s like Gina completely understands their situation, since she has come from a rough past as well.