Giant Pandas Frolic In The Snow At Smithsonian’s National Zoo

Do you love playing in the snow?

Well, probably not as much as two giant pandas at Smithsonian’s National Zoo.

Snow covered the Washington D.C. area this past weekend to the delight of children and two giant pandas, Mei Xiang, age 22, and Tian Tian, age 23. 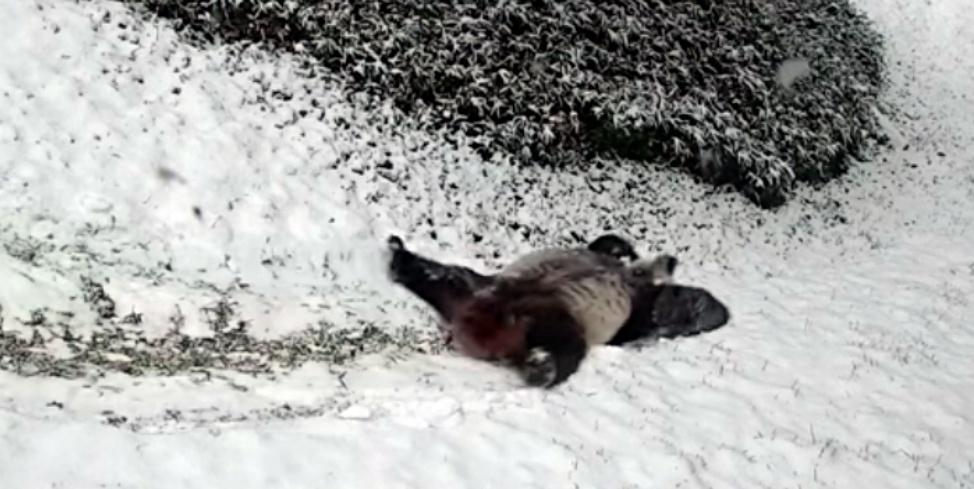 The mama and papa bear embraced the change and were seen somersaulting through the white fluff. One of the pandas slid down a hill head-first with all of its limbs spread out in the shape of a starfish. Once it reached the bottom it made the climb back up the hill to do it again.

Their love of snow can only be described as pure happiness.

But it was not passed on to their 5-month-old cub, Xiao Qi Ji, who explored the mysterious stuff for about five minutes and then went back inside.

“With this weather event came another significant milestone—giant panda cub Xiao Qi Ji’s first encounter with snow! Keepers say although he seemed nervous at first, eventually he worked up the courage to take a little nip at the fresh powder,” posted the zoo.

They shared the entertaining footage of the pandas frolicking in the snow on Facebook with the caption, “Slides, somersaults and pure panda joy. Happy snow day from giant pandas Mei Xiang and Tian Tian!”

It has made the day of thousands of people.

One fan wrote, “Totally how I feel about snow, too! Panda, you’re my spirit animal! Let’s eat some bamboo together and slide in the snow!” 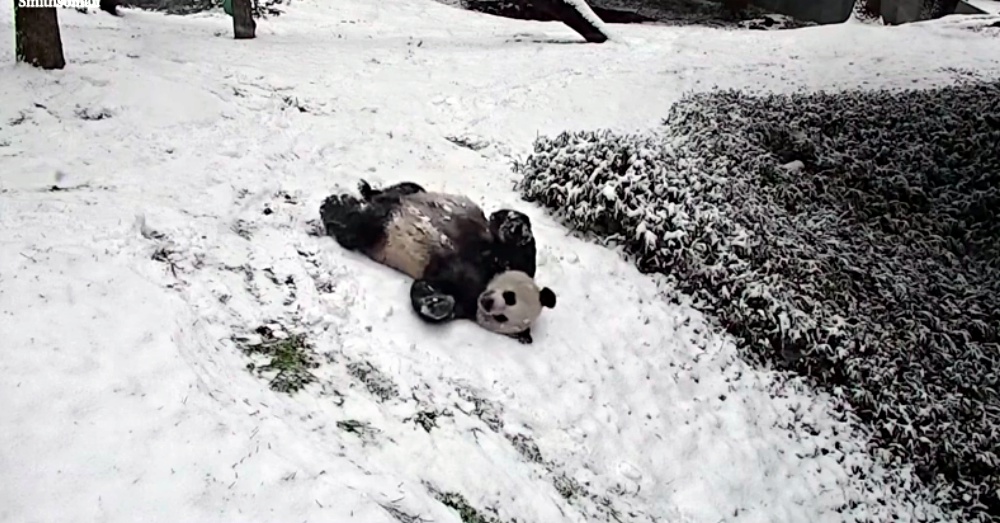 Another said, “If you are having a bad day just watch pandas in the snow.”

Mei Xiang and Tian Tian have been at the zoo since 2000 but are not permanent residents. They are on loan from China’s Wildlife and Conservation Association in exchange for funds and expertise toward conservation efforts in China. The family will remain at the zoo until the end of 2023.

Watch the pandas play in the snow in the video below and don’t forget to share!

There are just 1,800 pandas left in the wild due to habitat loss and other human actions. Project Peril, a program of Greater Good Charities, is committed to the conservation and care of the giant panda. Through our program, we are planting different varieties of bamboo to provide pandas the food they need to survive. You can help by donating here.