World’s Largest Bee Is Bigger Than Your Thumb, Has Huge Jaws, And Comes Straight From A Nightmare

It’s actually larger than a set of keys, but researchers managed to lose sight of the world’s largest bee for 38 years.

Wallace’s giant bee, Megachile pluto, is four times larger than a honeybee, the Guardian reports. It’s about as long as an adult human’s thumb, and was first described by British explorer and naturalist Alfred Russel Wallace as, “a large, black wasp-like insect, with immense jaws like a stag beetle.”

Wallace found his giant bee in 1858 on the island of Bacan in Indonesia. American entomologist Adam Messer rediscovered it 123 years later, in 1981, noting that it kept termites at bay by building nests of wood and resin it gathers with large front mandibles. 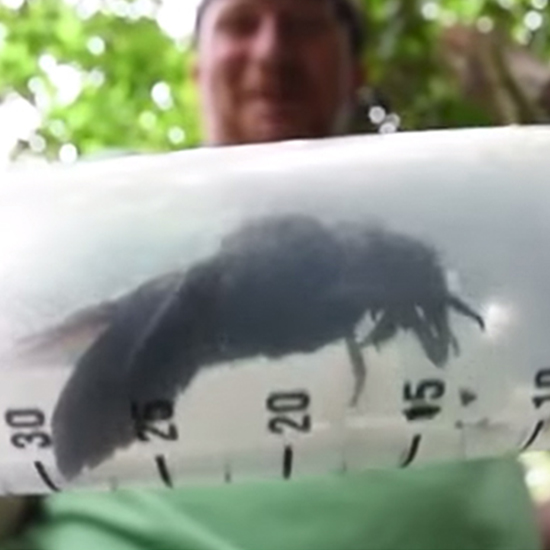 The bee disappeared for nearly four more decades, leaving some researchers thinking it had gone extinct, until a team of North American and Australian biologists found a female’s nest In an arboreal termite mound, hanging several feet above the ground, in the North Moluccas.

“It was absolutely breathtaking to see this ‘flying bulldog’ of an insect that we weren’t sure existed any more,” said photographer Clay Bolt. “To actually see how beautiful and big the species is in life, to hear the sound of its giant wings thrumming as it flew past my head, was just incredible.” 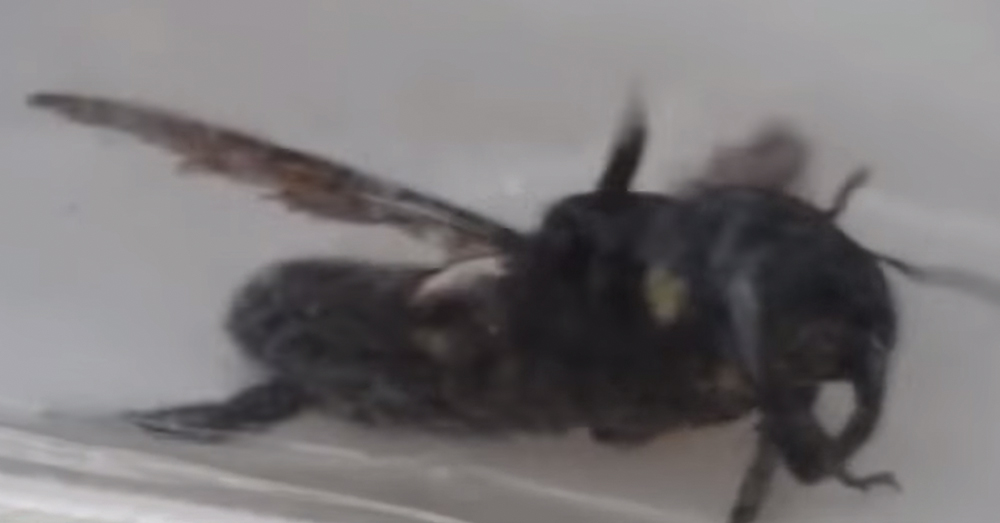 The future of Wallace’s giant bee is threatened by deforestation and insect collectors. The International Union for Conservation of Nature (IUCN) has classified Megachile pluto as “vulnerable” due to mining and quarrying.

It is currently not illegal to hunt, capture, or even sell the bee specimens, as no law has ever been written concerning their survival. Still, the most recent team to find them, including Bolt, entomologist Eli Wyman, behavioral ecologist Simon Robson and ornithologist Glenn Chilton, have hope for the giant bee’s future. 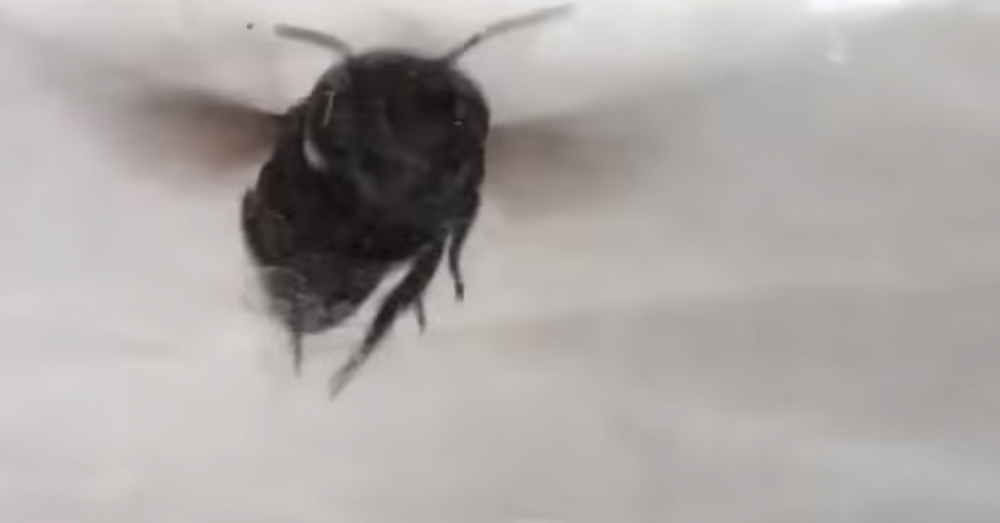 Source: YouTube/CBS Philly
This is the first time since 1981 that anyone has seen the giant bee.

“With all the bad news coming out about things in the natural world, this (rediscovery) gives me hope,” Bolt said.

“There’s still a lot of forest and there’s time and good hope for the bee and its survival,” Robson told CNN.