Saint Bernards are lovable, sociable, and cuddly, but they’re also a lot of dog to handle and care for. Fans of the movie Beethoven already know how much trouble one large dog can get into if left to their own devices. Now imagine what it would be like if you had three of the massive beasts.

Well, that’s exactly what has happened at the Edmonton Humane Society. For the first time in the shelter’s history, they have three dogs who are bonded and need to stay together when they go to a new home. But this young trio is extra-special, because they’re also Saint Bernards, each weighing in at a little over 100 pounds.

Brothers Goliath, Gunther, and Gasket are more than 300 pounds of energy, vitality, and affection. They were stressed out by their separation when they first came to the shelter and had to be penned together to help them cope with their new surroundings. They love to do everything together, including eating from the same bowl. 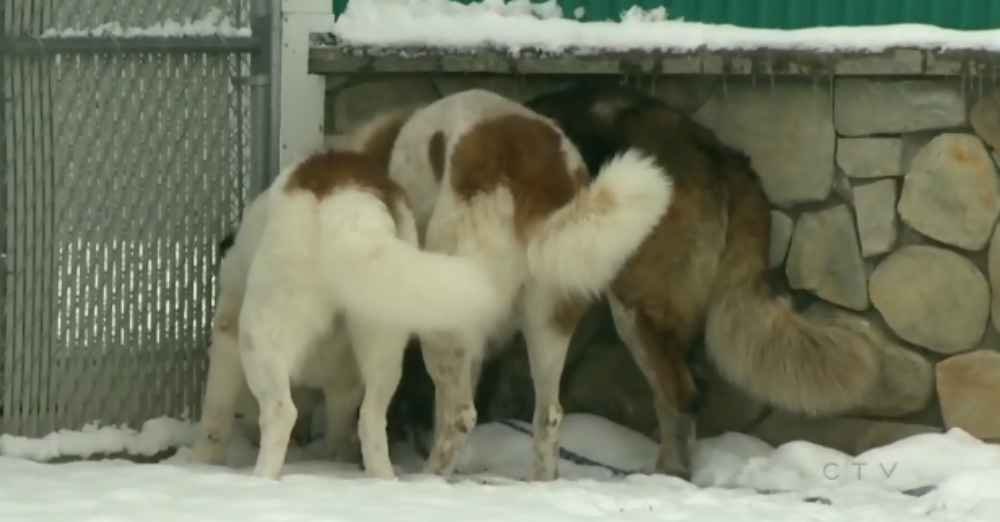 “We determined that the three dogs were bonded and definitely need to go to a home together,” says staff member Jamey Blair.

As you might expect, the Humane Society had a very difficult time finding anyone who was interested in taking the three brothers home. Friendly and house-trained though they may be, their immense size and strength will mean a lot of extra work, time, and money for the family that ends up adopting them. 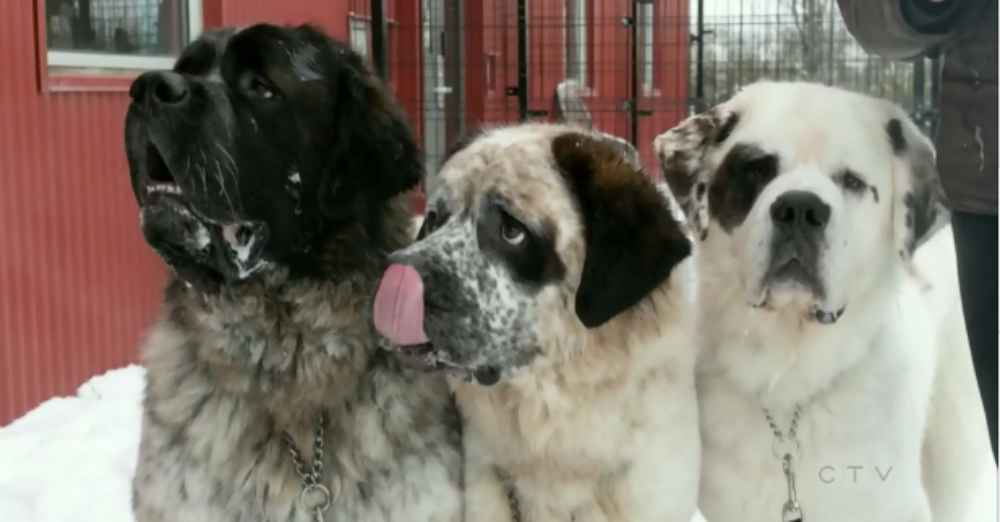 The family chosen to give these gentle giants their new forever home will be responsible for making sure the boys get plenty of exercise, food, and love. Their immense strength and size means they’ll require roughly $300 worth of food a month, and they’ll need to be walked individually. They’ll have sizable veterinary and grooming bills on a regular basis. Plus, they’ll need all the oversized beds, toys, doggie doors, and other accessories that go with dog ownership. And then there’s the fur and the drool…oh goodness, so much fur and drool. 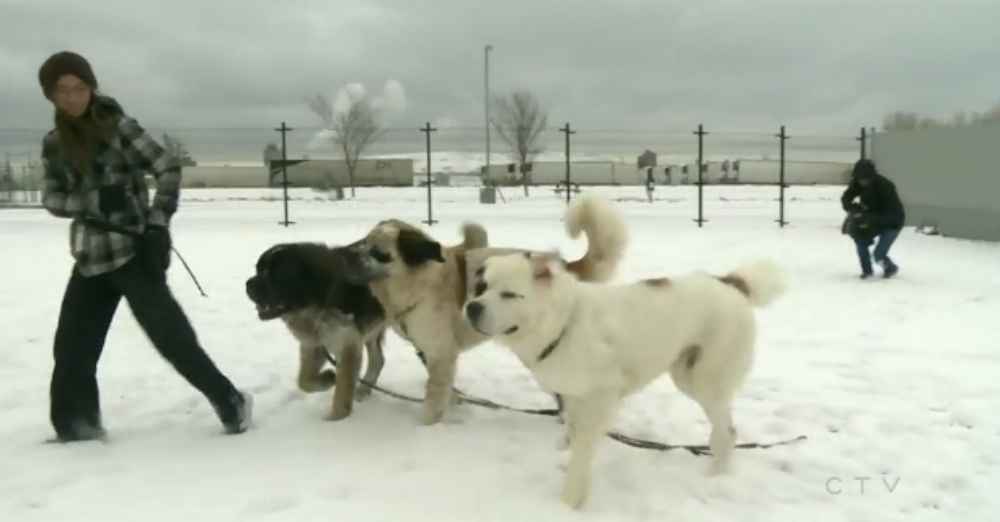 So the Humane Society turned to social media and local news channels to get the word out about the Saint Bernard brothers and find the perfect forever home for them. And much to their surprise, they found dozens of applicants who were undeterred by the dogs’ special needs and were determined to give them a loving home.

The response, staff says, has been “overwhelming.” More than 200 messages were received from applicants looking to adopt the trio, prompting the shelter to stop the application process. They now have a huge selection of potential forever homes to look through, and we just know the right home is in that bunch somewhere! 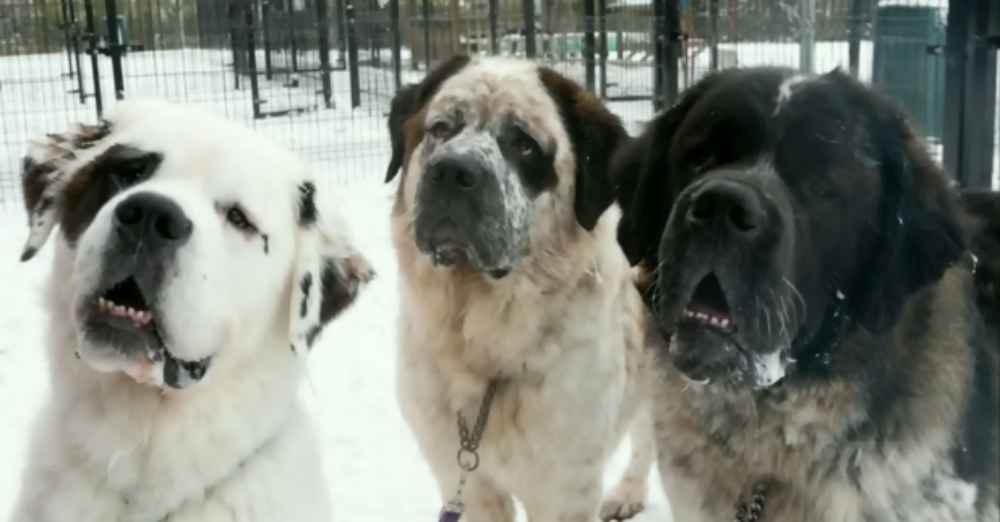 “With the number of applications received, we are confident we will be able to find a forever home nearby for Goliath, Gunther, and Gasket that will keep them together,” says staff.

These three colossal creatures are going to be so worth the work! They’re so deserving of love and have so much affection to give in return.

“They’re definitely well-adored and they will be missed by all the staff and team here,” says Blair, “but we’ll be excited to watch them go home.”

Get a sneak peek into the brothers’ life at the Edmonton Humane Society in the video below.

We can’t wait to see who gets chosen to love Goliath, Gunther, and Gasket for the rest of their days! And we’d love to hear your big dog adoption story in the comments!

Dozens Of Great Danes Finally Available For Adoption After Being Rescued From "Mansion Of Horrors": Click “Next” below!