Can You See The Ghost In This Picture?

Do you believe in ghosts? After watching this video, you just might.

A security camera mounted outside a home in Austin, Texas, caught footage of what looks to be an ordinary black cat. Its eyes shine brightly when it looks toward the camera, the unmistakable sign of a nocturnal prowler.

Then, just as swiftly as it came into view, it darts down the front path, seemingly vanishing into thin air. 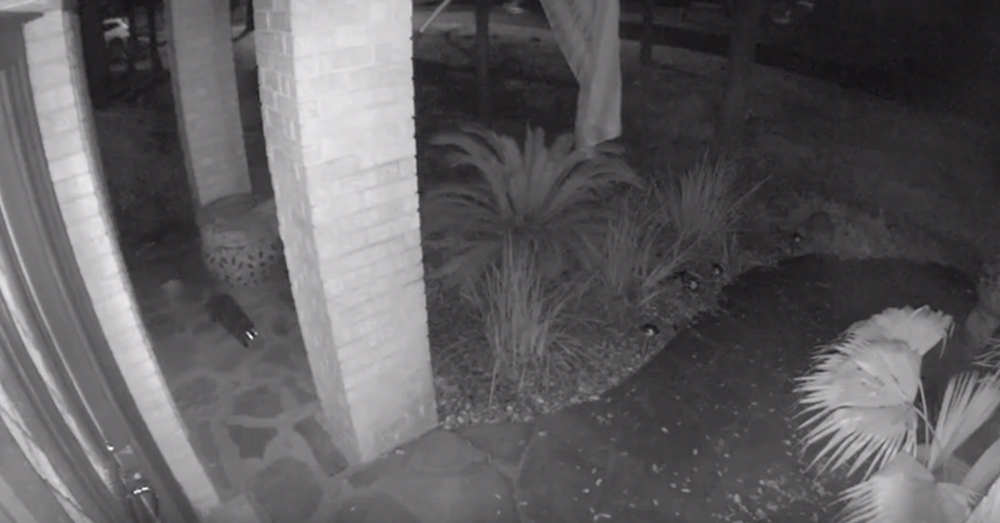 Source: YouTube/World news for all
The cat’s eyes are clearly seen in the video.

“I caught a ghost cat,” homeowner Natalie King said of the video.

But did she, really? 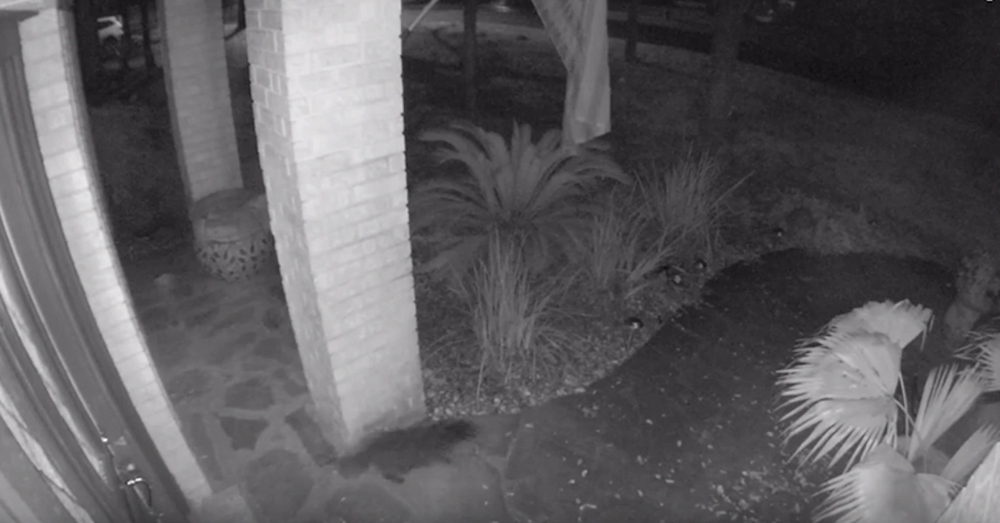 Source: YouTube/World news for all
As the cat nears the front path, it begins to “vaporize.”

King uses a Nest camera to monitor activity at her front door, as her husband is in the Army, and often away from home. Nest and other similar home security solutions can be found at most hardware or home supply stores, and while they provide an effective means of monitoring, they are typically not recording activity in high-definition. 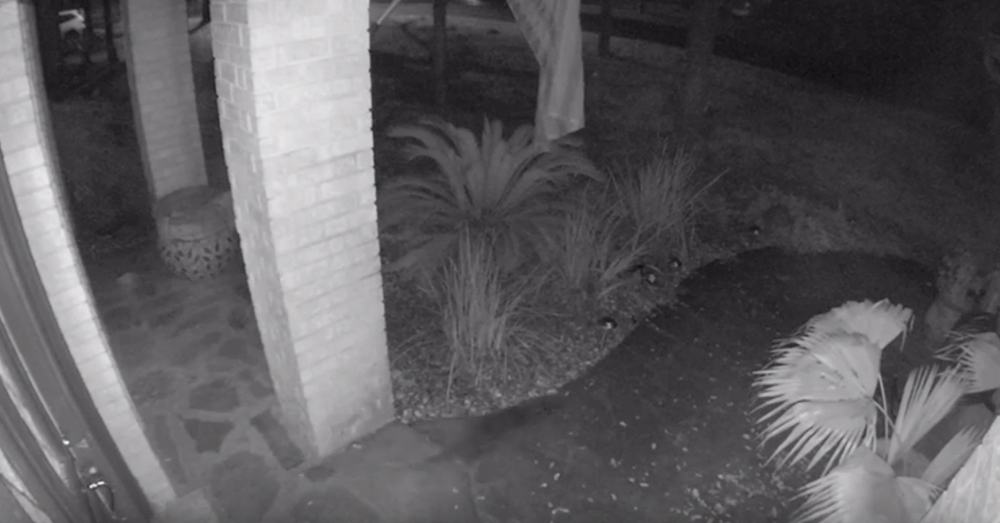 Source: YouTube/World news for all
And just like that, it’s gone.

King’s ghost cat, more than likely, appeared to be the same shade of dark grey as the paved stone path it was walking on. A camera that cannot recognize finer differences in shades of gray, especially one streaming data through a wireless internet connection, might not be able to render even an outline of a sleek black cat in low light.

Or, it could just be a ghost.

Watch the video below and decide for yourself!