On most days, Gresham would put Emmie in her crate as she went to work. When she returned home, Emmie was usually there waiting.

Until one day she wasn’t, and Gresham was devastated by what she saw.

“I opened the back door and immediately saw Emmie up on her back legs in the crate,” Gresham posted to Facebook. “I ran to her to find that her collar was hung on a part of the metal crate near the top. In tears and screaming, I opened the door and unhooked the hung part of her collar. She was unresponsive.” 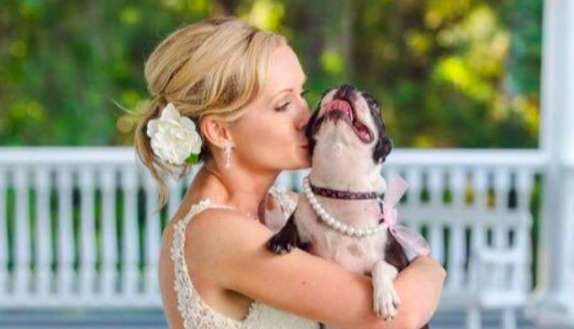 Gresham had left Emmie’s collar on when she put the dog in her crate. She didn’t think it could cause any harm. However, the tags on Emmie’s collar got stuck between the bars of the crate.

Emmie strangled herself to death before Gresham returned home.

Gresham was even more distraught when she learned this had happened to other dog owners. They, too, have returned home to find their dogs’ tags snagged, and their pets unresponsive.

“We had no idea of the dangers of having a collared pet in a crate,” Gresham said. “I have since read so much on the internet about how this can happen. We learned this the hard way.”

The fact of the matter is, pets can be strangled anytime they are wearing a collar with tags. It’s not only crates that can snag them, but tree branches, or even another dog’s mouth. In fact, many veterinarians remove the tags when dogs visit them for just this reason.

Gresham has since warned others of the danger. She wants other pet parents to understand what can happen.

The best plan of action: Remove the collar or use a breakaway collar that will detach if it gets caught.

“[Emmie] brought so much fun, personality, light, and love into our lives,” Gresham said. “I feel so guilty that it happened. Now in hindsight, I see so many ways it could have been prevented. I beg you to never put a collared animal in a crate.”