Dogs are some fo the kindest and most loyal creatures we’ll ever meet, and an incredible photo from the wildfires in the Western United States is proving that fact beyond a doubt.

In the image, a family of dogs can be seen protecting the body of a fawn killed during a devastating wildfire that ripped through Idaho.

Photographer Louis Armstrong, of Kamiah, Idaho, is credited with finding the sheep dogs. 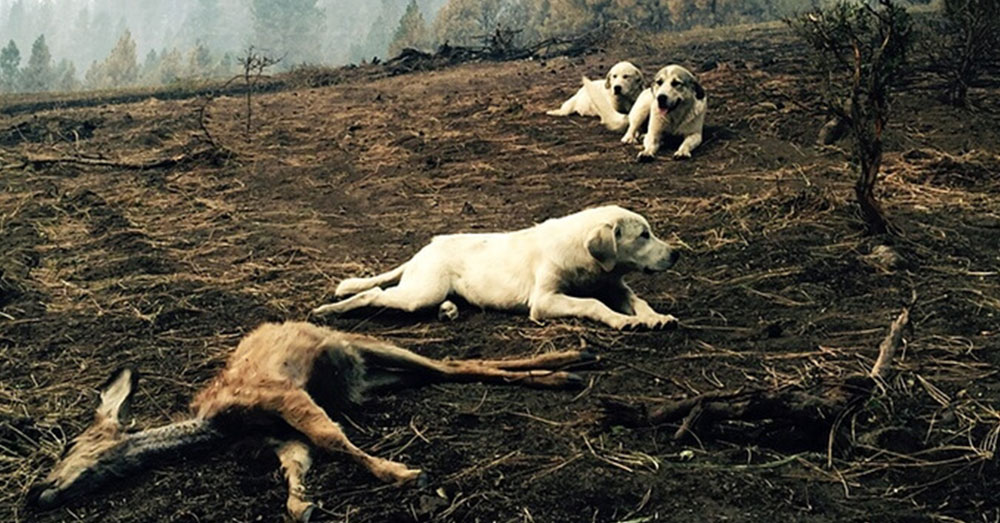 Armstrong was checking on his family’s property on Monday, Aug. 17, when he saw the neighbor’s dogs near the dead fawn.

The sheep dog and its puppies stood guard until dark to protect the fawn from any more harm.